Corporate social responsibility (CSR) is a voluntary implementation of ethical principles applicable to business practice that have direct positive impacts on employees, working conditions, local community and environment. The core purpose of CSR is to bring changes as to how businesses can be profitable while being responsible and sustainable according to social norms. CSR principles typically go beyond statutory laws and are based on the universal legal principle of acting in good faith.

The Australian business environment, especially within the financial services sector, has been dominated by existing incumbents and their predecessors for decades. While exogenous social and cultural norms have evolved over time, the change of values within these organisations have not necessarily kept pace with society. As such, we have seen a range of scandals within the financial services industry – most prominently brought to light via the banking royal commission.

Virtually all major institutions were implicated in numerous and varied misdemeanours despite in many cases notionally possessing large internal teams responsible for compliance and corporate responsibility.

This deep malaise affecting certain Australian institutions has opened up the field to a host of competitor brands who are capturing business precisely because they are the antithesis of these incumbents.

Netwealth (ASX:NWL) is an investment platform that allows financial advisers and investors access to a range of financial products. Its products are popular with independent, non-aligned financial advisers, who compete directly with advisers and wealth management arms associated with the big four banks and AMP. Wealth managers and their products were a key focus of the banking royal commission, which revealed widespread abuse of CSR principles, conflicts of interest and regulatory reporting lapses. This has consequently led to a large loss in trust within these legacy brands, as can be typified by the slow-moving implosion of AMP, which was viewed for decades as ‘the gold standard’ within the Australian wealth management landscape.

There is no doubt that a structural shift in wealth management is occurring with an increase in number of independent or non-aligned advisers. Netwealth’s product assists this shift by providing an easy alternative to incumbent platforms.

SelfWealth (ASX:SWF) is an online broking platform that provides Australia’s cheapest fixed price broking services. Its product competes directly with products run by the big four banks, most notably Commonwealth Securities or Commsec. While notionally within stock broking services we could expect less risk given the clearly delineated and transactional nature of the service, Commsec has still managed to breach CSR principles consistently and in multiple instances over the past 15 years, paying out many tens of millions of dollars in compensation to customers. Its last breach was as recently as March 2021, where it was charged and pursued by ASIC in relation to excessive charges borne by its customers.

SelfWealth on the other hand has won so much market share over the past 12 months that we estimate that it is now the third largest online stockbroker in the Australian market. Its fixed price model structurally protects its customers while also reducing transaction costs which lead to better relative financial outcomes over time.

Afterpay (ASX:APT) is a free lay-by solution for consumers that effectively spawned the entire buy now, pay later (BNPL) industry. Afterpay competes against high-interest credit card issuers, many of whom are large global financial institutions. Credit card issuers have for many years preyed upon the financially illiterate or naive. Indeed I recall receiving a credit card in the mail upon turning 18, which only needed to be activated in order to have access to high-cost credit.

Afterpay’s ethos of allowing customers to pay off relatively small transactions in four instalments has resonated with the public to such a degree that now high-cost credit card usage is in structural decline within Australia. While the use of Afterpay and other BNPL services has not been without controversy, it has truly empowered responsible consumers by supplanting usurious credit card issuers.

As a professional investor, it is indeed heartening to see companies doing the right thing. Such practice is often a sign that both the business model and the on-ground implementation of that model are worthy of positive investor interest. 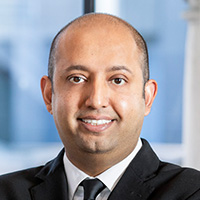