Grabbing inflation by the tail

Investors concerned about renewed inflation are reminded of the Great Inflation period that began in the late 1960s when demand-led inflation picked up suddenly. In the US, with fiscal stimulus (like the Kennedy-Johnson tax cut of 1964, domestic programs for President Lyndon B. Johnson’s “Great Society” and defence spending for the Vietnam War) and easy monetary policies, by the mid-1960s the economy was at full employment with unemployment less than 4 per cent. Producers of goods and services were able to increase prices due to strong aggregate demand.

The producer price index grew at 4.2 per cent YOY as of March. Due to pandemic-led supply shortages and changing demand patterns, prices for industrial commodities less fuels grouping increased by 7.0 per cent. Prices for transportation and warehousing of goods (for final demand) grouping increased by 6.0 per cent. More broadly the Cass Freight Index, which measures overall North American freight expenditures, jumped 27.5 per cent. This coincides with shortage in railcars, famously driving port congestion.

As the economy recovers, with more than half of the US population vaccinated at least with one dose, services prices are also expected to increase. Currently, owners’ equivalent rent (OER) – a survey-based approach to estimating how much home owners would charge if they were to rent their houses – with more than 24 per cent weight in CPI basket, doesn’t yet reflect the rapid rise in housing prices (2.0 per cent vs. 11.2 per cent), but it may do so.

Coincidently, the problem of freight car shortage grew increasingly severe in the 1960s. Despite opposition from President Johnson, Fed chairman William McChesney Martin Jr. raised the discount rate in 1965 to cool an overheating economy. Like today, monetary policy was not following a clearly defined policy rule, but had discretion to adapt to changing circumstances. Yet by the end of the 1960s, inflation exceeded 6.0 per cent although it was less than 1.5 per cent just five years earlier. The 1960s ended with a run on gold and a collapse of the London Gold Pool (group of central banks formed to stabilise gold-dollar parity).

Today, while inflation remains a hotly debated topic, tail risks of unanchored inflation expectations have clearly increased with unprecedented money supply growth and fiscal stimulus. Consequently, institutional investors have increasingly inquired about various ways to protect against inflation. Recent 13F filings show that some institutional investors have recently invested in gold-related assets. However, many real assets besides gold have positive inflation exposures. In addition, these inflation exposures (i.e. betas) differ a lot across real assets. Therefore, the selection and allocation to real assets would differ depending on an investor’s specific investment criteria.

Research at PGIM’s Institutional Advisory & Solutions (IAS) shows that there are four elements to successful investing in real assets:

1. Get the sensitivities right: As discussed earlier, sensitivities (i.e. betas) of real assets to macro-economic (inflation and economic growth) and financial market variables (stocks and bonds) differ a lot.

2. Know your investment horizon: Relationships of real assets to macro-economic and market variables vary with investment horizon. For example, correlation of commodities to inflation varies a lot at the one-month vs. three-year horizon (0.13 vs. 0.55).

3. Incorporate estimation uncertainty: The estimated relationships like correlations and betas themselves vary a lot and the uncertainty in estimates generally increases with horizon. This uncertainty should be accounted for when constructing real assets portfolios.

Grabbing inflation by the tail 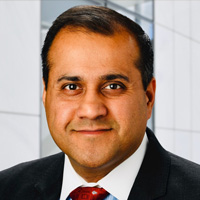