Why Bill Gates and Richard Branson see opportunity in SPACs

Special purpose acquisition companies (SPACs) or “blank cheque companies” have become the ultimate hype beast of Wall Street and can be likened to the annual Yeezy drop of the trading world. Everyone from celebrity billionaires, start-up entrepreneurs and side-hustling digital stock broking users are lining up for their opportunity for the drop of a stock.

Some notable big name SPAC investors include Microsoft founder Bill Gates who, even still, notes that high-quality SPACs – especially in the green category where he’s investing heavily — can improve their balance sheets via these financial instruments.

Other major names in the SPAC space include Facebook’s Chamath Palihapitiya, who launched a SPAC, Social Capital Hedosophia Holdings Corp A (IPOA), with US$750 million on the balance sheet. In late 2019, Richard Branson’s space tourism company Virgin Galactic merged with IPOA and began trading publicly under SPCE.

According to recent data, SPACs have raised over US$83 billion globally, a 600 per cent increase in 2019’s already record figure.

We’ve only just closed out the first quarter of 2021 and SPACs have already raised US$250 billion as their popularity relative to IPOs (initial public offerings) continues to rise.

A special purpose acquisition company (SPAC) is a company established with the sole intention of merging with an already operational business. They are listed vehicles that raise an amount of money to acquire or merge with a target acquisition company. They are a stock, so trade like stock, move up and down, but are used to acquire other companies so those companies can get the benefit from the listing.

Show me the money

The true advantage of a SPAC for a company rather than IPO is SPEED.

While the IPO process can take a year to complete, a company can merge with a SPAC in a matter of months. Which is what we saw with Virgin Galactic. Faster to market means more money and chance for investment. And what this means for investors is cutting a piece of the pie early.

There are also much lower costs involved with SPACs. While a SPAC may invoke post-merger costs through arranger fees, in comparison to the regulatory, underwriting and roadshow costs of an IPO, SPACs provide a far more cost-effective way for smaller companies to access capital markets. More access, more money, means more opportunities for investors.

In the last few years, SPACs have become very popular and topical. Some of the most high-profile acquisitions – Virgin Galactic, Opendoor, DraftKings – hit the market through a SPAC.

Not only do the company names generate buzz, but we also see some of the most well-known Silicon Valley entrepreneurs; Reid Hoffman of Netflix, Kevin Hartz of Eventbrite, or famed sports stars such as Billy Beane from the Oakland A’s/Moneyball, bringing credibility to the SPAC space.

Despite the clear appeal, there are some considerations investors should be aware of before including SPACs in their portfolios. A SPAC can trade at a premium to its net asset value. Should the eventual acquisition target fall short of the expectation, SPACs tend to gravitate back towards their net asset value.

Finally, SPAC investors are subject to dilution. Following a merger, organisers claim around 20 per cent of company equity in exchange for their services. Given this equity is awarded at no charge, existing shareholders have their shares diluted to cover.

Cutting a slice of the next big SPAC

High-profile IPOs are often tightly held with new stock limited to institutions, existing company shareholders and staff, where retail investors are only able to buy in after the company lists. With a SPAC, you can buy the stock on market and will automatically own the new company as soon as it lists.

SPACs allow you to put your capital with venture capital (VC) investors. VC funds are often reserved for high-net-worths and institutional money, so with a listed vehicle, you can be on the same side as the VC investor who is establishing the SPAC and choosing the companies they’re backing.

For investors, new, everyday, seasoned or otherwise, it’s a very simple way to access new companies and well-known companies from day one of their public life. Investors would be rubbing shoulders with the likes of the Netflix founder or even Shaquille O'Neal.

SPACs are more on the menu for investors than ever before. Thinking of becoming baby Buffett?

Why Bill Gates and Richard Branson see opportunity in SPACs

Special purpose acquisition companies (SPACs) or “blank cheque companies” have become the ultimate hype beast of Wall Street and can be likened to the annual Yeezy drop of the trading world. 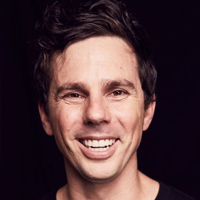