Inflation, rising rates and their impact on infrastructure

Following on from the COVID-19 pandemic in 2020, central banks and governments have aggressively stimulated their economies. The likely result of this aggressive stimulus is rising inflation and accelerating global growth. Investors need to prepare for a world of rising yields after a long period of structural decline. 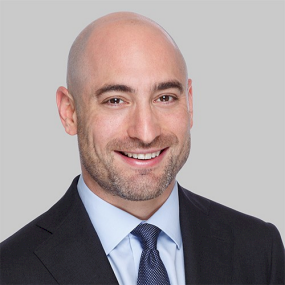 For infrastructure, in contrast to conventional wisdom, such a scenario need not be feared, but rather understood and managed. The impact of rising yields depends on whether they are in response to the cycle or whether they represent a more fundamental structural change. Different types of companies also react very differently.

While rising rates due to increased growth expectations would be a positive to both user-pays assets and regulated utilities, what about rising inflation?

Case study 1: The impact of inflation on European utilities

While regulations in different countries in Europe have various technical differences, in essence they are designed to protect the remunerations utilities received for capital investment against macro-economic changes, which include inflation.

Nonetheless, there is one major difference within the sector: whether allowed returns (i.e. the weighted average cost of capital or WACC) are set in nominal terms (as in Spain, Portugal, Czech Republic and Poland) or real terms (as in the UK, Italy, Sweden and Hungary).

If the WACC is set in nominal terms, the regulated asset base (RAB) and total capital and operating expenditure allowances are quoted by the regulator in nominal terms. Annual fluctuations in inflation have no impact on the allowed revenue.

Such companies are viewed as beneficiaries of low inflation: if inflation stays depressed, asset owners may be overcompensated in the regulated cash flows to cover cost inflation in capital and operating expenditures (due to allowances set in nominal terms), and vice versa, during the period.

However, the lower nominal bond yields resulting from a low inflation rate would be factored into the regulator’s return allowance in the next WACC review, and vice versa. For instance, for electricity networks in Spain, the nominal WACC allowance for 2020-26 is based on observations of nominal bond rates (which embody the inflation trend) over 2012-17 during the review process in 2018-19.

In other words, allowed returns allow for the pass-through of inflation, albeit with a time lag of a few years.

If the WACC is set in real terms, parameters such as RAB and total capital and operating expenditures are typically estimated and approved by the regulator in real terms using forecast inflation for any regulatory period. The returns permitted by the regulator (allowed returns) are then adjusted annually by actual inflation when determining the regulatory cash flow and asset base, i.e., they are passed through to the customer through higher rates, maybe with a lag of a few months.

Consequently, if inflation in a given year within a regulatory period trends higher than the regulator’s forecast before the start of the period, there is a momentary boost to the cash-flow compensation, and vice versa.

Such companies are viewed as beneficiaries of high inflation.

However, taking a more holistic view over the regulatory period, if high inflation sustains for multiple years, it is taken into consideration by the regulator’s assumption heading into the next price review, thereby driving down the real bond rate allowance embedded in the allowed return. The impact on the asset cash flows from inflation-related drivers gets averaged out over the long-term.

In addition, companies may have mechanisms to further moderate the sensitivity to inflation, such as using inflation-linked bonds as part of their borrowings. The higher the proportion of debt being inflation-linked, the more muted the short-term effects from inflation shocks are on the cash flows.

Case study 2: The impact of inflation on North American utilities

Fundamentally, North American utilities are insulated from rising or falling inflation because customer rates are regulated under a cost-of-service methodology. Under this model, utilities are not only able to earn a return on their invested capital (for example, investment in poles and wires), but they are also able to pass through expenses to the customer (for example, maintenance, taxes, fuel, etc.), subject to approval by the regulator. When there is inflation and costs are rising, utilities can file a rate case proceeding with the regulator to ask for customer bills to reflect the increase. However, what is crucial is that utilities increase their rates to customers at or around inflation over the medium to longer-term.

One area where rising inflation may potentially benefit utilities is the impact on allowed returns. Assuming real interest rates are unchanged, higher inflation leads to higher nominal interest rates, which are the benchmark utility regulators refer to in determining a utility’s allowed return on equity (ROE). The higher the nominal interest rate, generally the higher allowed ROE. In some instances, the allowed ROE is formulaically tied to certain interest rate benchmarks. For example, Ameren’s Illinois electric utility has allowed ROEs that are annually adjusted to be 570 basis points (bps) above the 30-year US Treasury rate. Another example is Edison International’s electric utility, where the 10.3 per cent allowed ROE gets adjusted up or down if the Moody’s Bond Utility BAA Yield moves more than 100 bps over a rolling 12-month period.

Having said that, history shows that allowed ROEs have been quite sticky (Exhibit 1), and regulators have tended to be quite slow in adjusting the allowed ROEs in response to falling bond yields. As such, in a rising bond yield environment it is difficult to see regulators increasing ROEs until they believe asset owners are not being fairly compensated and funding future growth has become too expensive. As context, the industry average-allowed ROE remains healthy in the 9 per cent to 10 per cent range, despite years of falling rates. In an environment where there is a need to continue incentivising clean energy investments and strong public policy support, we expect ROEs to remain fairly sticky.

Case study 3: The impact of inflation on North American pipelines

In the case of North American midstream pipelines, the impact of inflation varies depending on the nature of the commercial agreement that underpins pipeline assets (Exhibit 2).

Pipeline companies that operate long-haul transmission networks tend to have the highest level of inflation protection as they operate under a cost-of-service methodology or have long-term take-or-pay contracts with annual escalators embedded in their terms. For example, Enbridge’s Lakehead System (the US portion of the Liquids Mainline System), has rates that are either indexed to PPI or cost of service, while the Canadian Mainline (the Canadian portion of the Liquids Mainline System) has tariffs that are a function of GDP. Enbridge’s gas transmission assets, such as the Texas Eastern Network, have recently gone through a rate case to redetermine rates to reflect cost inflation, among other items, which resulted in an earnings uplift.

Those midstream assets that work under a fixed-fee take-or-pay contract (such as Gibson Energy’s oil sands storage tanks) or fee-for-service model (such as Williams’ gathering and processing infrastructure) are more exposed to inflation.

To the extent that higher inflation is a product of higher commodity prices, that would generally be positive for midstream companies from the following perspectives:

Case study 4: The impact of inflation on North American renewables

Overall inflationary forces have muted valuation impact on global renewables. While renewables companies are largely being compensated through 10-year to 20-year fixed power purchase prices or partially inflating agreements, the returns assumed within these agreements tend to have long-term inflation assumptions embedded. Essentially, this means that while there is no explicit pass-through of inflation through the pricing, a pass-through is implicit when the contract is written and more often than not the contract will contain buffers for instances like rising inflation. For example, renewables companies secure growth from their development pipelines, where fixed-price contracts for the operational stage of assets are negotiated based on current market conditions.

Meanwhile, technology is driving cost deflation, preserving or expanding margins for renewables companies. Automation and software have translated to lowering operations and maintenance costs (the largest contributors to costs), and companies largely expect technology to continue to bring costs down. Bloomberg New Energy Finance forecasts capital costs in renewable energy to continue to come down through 2050. For example, solar photovoltaics are expected to see an annualised 3 per cent decline through 2030.

Case study 5: The impact of inflation on toll roads

Rights to operate toll roads are typically granted under a concession and as such usually have a finite life. Concession deeds define the parameters under which the toll road may operate, and, in most cases, this stipulates how toll prices may be increased. Generally, toll price increases are linked to inflation; however, there are a number of variations, including:

Here we illustrate the sensitivity of toll road valuations to changes in inflation according to different pass-through scenarios (Exhibit 3).

The differences in inflation pass-throughs outlined above tend to drive the following outcomes:

It is also worth noting that, often, inflation occurs at times of increased economic activity, which typically results in increased traffic levels, further offsetting impacts of inflation from a valuation perspective.

Case study 6: The impact of inflation on airports

In general, both revenue streams can pass through inflation increases, although how this occurs varies:

Many other factors also influence an airport’s ability to pass on price increases, including:

The response of listed infrastructure equities to inflation

Using North America and Europe as a case study, we have gone back 30 years and looked at the correlation of infrastructure assets to both core and headline inflation. Unsurprisingly and as we have discussed above, correlations have little, if any, linear relationship.

As of 28 February 2021. Source: ClearBridge Investments

Growth-driven rising rates a boon for infrastructure, while inflation is a pass-through

A look at how the effects of rising interest rates and inflation on infrastructure assets shows that while rising rates due to increased growth expectations would have a positive impact on both utility and user-pays assets, rising inflation has been an ongoing concern for the market. What is clear from the above analysis is that inflation is a pass-through, directly or indirectly, for infrastructure assets and so will have a limited impact on valuations. Moreover, looking at correlations of various infrastructure assets to inflation over the past 30 years, there appears to be little to no relationship.

Inflation, rising rates and their impact on infrastructure 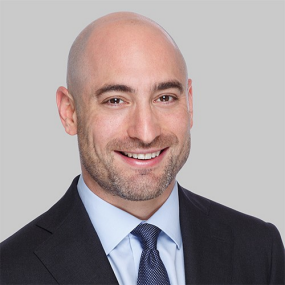