Inflation? The question we should be asking ourselves is what will the policy response be?

In previous columns, I highlighted our outlook for 2021 was based predominantly around the “good recovery” scenario that sees economies reopening throughout the year as restrictions are lifted and vaccines, along with a natural immunity, allow many countries to reach herd immunity by the second half of the year. 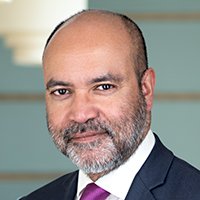 It continues to be our single most likely outcome at a 40 per cent probability; however, it has dropped 10 per cent since the previous edition of our quarterly update, making room for upside risks in inflation. Why has it changed?

To date we have been relatively sanguine about inflation, it has featured as a scenario for the past year, but generally classed as an odds against risk, at least in 2021. That remains the case in our single most likely scenario – “good recovery” – this time too. In that world, we take a relatively optimistic view about the elasticity of aggregate supply. Many of the hardest-hit industries are in what we might call the “close-contact services” sector and, by definition, services are products that are “consumed at the point of production”. In principle then, it should be possible to increase the supply of these services relatively quickly once economies open up, alleviating any upward pressure on the aggregate price level. However, much depends on how flexible labour markets are and whether fiscal support schemes have succeeded in keeping establishments viable.

That said, we are more concerned about inflation than we were. Our inflationary scenario – “overheating” – gets a probability of 30 per cent, up from 20 per cent last quarter. In our latest outlook, we have two inflation scenarios, distinguished mainly by what central banks decide to do about it. Too much market conversation centres on whether inflation is coming and not on what the policy reaction to it will be – the latter is far more important to investment outcomes.

In our first inflation scenario, inflationary pressure starts to rise towards the end of this year, but crucially central banks decide to accommodate it, initially at least, by leaving monetary policy where it is. Specifically, the Fed waits until the trailing two-year average of inflation reaches 3 per cent before responding, which isn’t until late 2022. As a result, inflation starts to pick up next year and conventional bonds sell off further in the face of the inflation “surprise”. That could cause some short-term volatility in equity and credit markets, but ultimately this is a scenario in which real interest rates remain low or even fall – at least for a while. There is, however, an element of “policy error” in this scenario, as central banks incorrectly interpret inflation running above 2 per cent to be temporary and therefore maintain an accommodative policy stance.

Our second inflation scenario sees the Fed and other central banks react much sooner to a rise in inflationary pressure. Specifically, the Fed starts to taper and prepare the market for rate rise as soon as the trailing two-year average reaches 2 per cent, which is in late 2021. That is much sooner than the markets are currently pricing in. The upshot is that, unlike the first inflation scenario, real yields rise and that hits equity and other risky asset valuations. Conventional bonds, inflation-protected bonds and credit all sell off too.

Despite the increased inflation risks, we remain optimistic that our “good recovery” scenario will play out. Equities remain the most attractive option in risk assets, while emerging market equities continue to benefit from global cyclical recovery. Alternatives continue to be an integral part of an investor’s opportunity set as markets navigate the possibility of a stronger recovery that results in higher inflation.

Inflation? The question we should be asking ourselves is what will the policy response be? 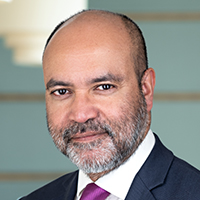