Over the past few months there has been a sharp repricing of bonds, which some investors may have found unsettling. However we don’t believe there is cause for concern. Rather, it is a healthy reset for bond market, representing a transition phase as we move out of the COVID-19-induced recession. 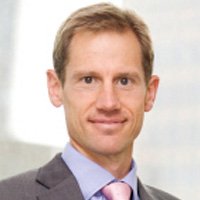 There’s no doubt that this has been a very different recession to those experienced in the past. In part, this is because unlike many past recessions, it was medically rather than financially induced.

On top of this, a significant difference in this recession compared to earlier recessions is the degree to which fiscal policy support kept income levels up, despite activity levels – such as GDP – falling. As a result, different industries have been affected to different degrees. However by and large, economy-wide job losses and business closures have been lower compared with a typical recession. With the medical crisis now abating, economies are positioned to bounce back much more sharply than is usually the case.

These events have had a significant impact on bond markets and yields. The highly accommodative stance by the Reserve Bank of Australia, and other central banks, has allowed riskier assets to recover quickly as investors gained comfort in central bank liquidity support, while keeping bonds yields at historically low levels. But since the start of 2021, we have seen bond yields increase sharply alongside the improved macro outlook.

This recent increase in yields reflects a realisation by markets that bond yields were too low for the macro outlook. The wisdom of the central banks’ commitment – and ability – to keep yields low for a prolonged period is starting to be questioned, particularly when the huge fiscal support and the vaccine development and roll-out have been much more effective than was originally expected.

In this environment, bond yields are likely to continue to rise, alongside higher inflation that will put pressure on the RBA’s commitment, and that of other central banks, to keep interest rates at effectively zero for the next few years.

Reflecting this, we have progressively reduced interest rate risk in our portfolio over the past several months, mostly in the US market but also in several other countries including Canada, the UK and Italy.

In addition, we have recently revised our view on Australian bonds and now expect Australian yields to largely follow moves in the US Treasury market. This is due to several factors, including strong commodity prices and domestic economic data, investor positioning, and market perception that the RBA is a reluctant advocate for its yield curve control policy and its bond purchasing program.

A question of value

The rise in yields sets up potentially better returns ahead for fixed-income investors. But at what level do bond yields become good value?

In answering this question, it is important to understand the difference between structural and cyclical drivers. Structural drivers – including declining long-term growth partly driven by demographics, consumer price disinflation driven by globalisation and technology, and the high level of debt – are mostly still putting downward pressure on bond yields. Cyclically, however, we think yields can overshoot, given the backdrop of maximum policy support and rapidly recovering economies.

Another consideration for investors is: what happens to equities as yields rise? Usually, the relationship is positive as rising yields reflect a better macro-economic outlook. However, the involvement by the central banks in bond markets has altered this relationship, encouraging high asset prices at low yields. During the year ahead, it is possible that we get growth that is strong enough (particularly if easing policies remain in place) to allow both yields to rise and risky assets to remain supported. However we expect greater volatility ahead. In addition to our interest rate positioning, we’ve therefore also been positioning in assets and sectors less exposed to a rise in bond yields.

Although uncomfortable, this bond yield move is a positive – income levels are being restored, and bonds become more attractive as diversifiers at higher yields. While we are actively managing the portfolio to protect near-term returns, which are likely to remain under pressure for at least the next few months, we are also looking to capture attractive future opportunities. 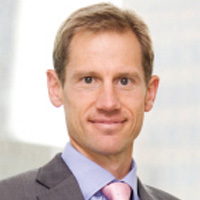