It is estimated that damage to our ecosystems and the associated loss of biodiversity could cost the global economy $10 trillion by 2050. For many, the coronavirus has acted as a wake-up call: we cannot continue our current relationship with nature. 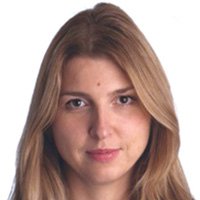 Nature is critical for human existence, but it is under increasing stress – because of us. Human activity, such as consumption, eating habits and energy needs, has altered almost 75 per cent of the earth’s surface. Forests are declining at an alarming rate owing to agricultural expansion and climate change, while almost 1 million animal and plant species are threatened with extinction. According to the WWF’s Living Planet Report 2020, global wildlife populations fell by 68 per cent, on average, between 1970 and 2016, with some Australian populations plummeting by up to 97 per cent.

The World Economic Forum recently estimated that “nature-positive” solutions can create $10.1 trillion in business opportunity and 395 million jobs by 2030. Companies that contribute to the protection and restoration of biodiversity through their operations, products and supply chains will be well positioned in the transition to a nature-positive economy. Post-2020 global goals on biodiversity are expected to be agreed next year and, like is the case for the Paris Agreement on climate change, the private sector will play a critical role in delivering them.

Integrating biodiversity considerations into investment decisions is also an important aspect of risk management. The financial materiality of biodiversity-related risks across multiple sectors is clear and ecosystem collapse poses systemic risks to the global economy. Some sectors are almost completely dependent on ecosystem services and therefore healthy levels of biodiversity throughout their supply chains. For those sectors, the loss of biodiversity threatens the reliable supply of high-quality ingredients and inputs. We also know that consumer preferences are changing – as the risk and impact of biodiversity loss gain greater public attention, it will become another lens through which to assess and develop preferences around companies and products.

We must also consider the huge negative impact on the society that biodiversity loss has on some of the most vulnerable parts of society. Deforestation is one of the biggest problems causing loss of biodiversity, yet more than a billion of the world’s poor depend on forests for a part of their livelihoods and 60 million Indigenous people depend entirely.

In order to prevent the loss and regenerate nature we need to act promptly and decisively. As investors, we can ensure that flow of capital is directed to companies that are answering this call for action. However, the key to success lies in ongoing efforts and awareness among all the stakeholders including policymakers, corporates and society.

What is biodiversity?
Biodiversity is the variety of life found on earth from all sources, including terrestrial, marine, and other aquatic ecosystems and the ecological complexes.

The main causes of biodiversity loss are deforestation, unsustainable agriculture and the illegal wildlife trade – and they are also contributing to the emergence of zoonotic diseases, such as COVID-19. Such is the impact of human activity on nature, scientists believe we are now entering a new geological epoch, the Anthropocene.

Companies that are directly tackling climate change are therefore also aiding the biodiversity agenda. A good industry example of this are those involved in the production of wind energy.

Towards a cleaner future
The growth of the wind-energy industry continues to accelerate, supported by the cost-competitiveness of renewable energy technology, with installations poised to rise nearly sixfold over the next decade. This growth has been bolstered by political commitments to decarbonise economies. In October, the European Parliament voted to raise the European Union’s emissions reduction target for 2030 from 40 per cent to 60 per cent, while an increasing number of countries and companies have committed to achieving net-zero emissions by 2050. According to the International Energy Agency, such an objective will require wind installations to rise from 60 gigawatts to 280 gigawatts by 2030.

The coronavirus pandemic has further highlighted the need to design sustainable economic models, and governments are now making sustainability a key part of their plans to build back better. Such fiscal recovery plans should translate to more renewable investment. Against this backdrop, we believe that companies like holding Hannon Armstrong, the first US public company solely dedicated to investments in climate change solutions, is well positioned as such solutions are likely to be crucial in the world’s recovery. So far, the company’s investments have had a significant societal and environmental impact and the debt and equity financing Hannon Armstrong provides is directly fuelling the transition to a low-carbon economy, enabling decarbonisation, and thereby addressing biodiversity loss.

Over half of the world’s GDP is moderately or highly dependent on nature, but we continue to undermine the entire natural infrastructure on which our world depends. If a timely transition to a lower-carbon future is to be achieved, substantial investments in clean-energy infrastructure will clearly be needed.

About $75 trillion is expected to be invested in global energy and renewable energy over the next three decades, according to the International Renewable Energy Agency. Such investments will help drive a faster rate of decarbonisation and, in turn, help address the dual crisis of climate change and unprecedented biodiversity loss. 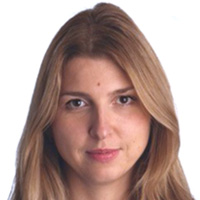