Since the global financial crisis, central banks have continually tried to lift inflation from depressed levels. Ultra-low rates and a deluge of liquidity, however, have not done the trick and inflation has persistently run below 2 per cent – the official target for most central banks – for more than a decade. 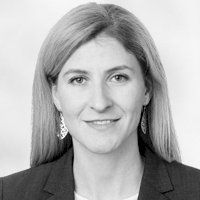 The COVID-related recession has brought about the largest output and employment contraction since WW II, as well as a significant disinflationary impulse. Policymakers have responded forcefully, and fiscal policy has become the new game in town – fiscal stimulus announced across G4 developed economies plus China has exceeded $10 trillion. Easy monetary policies have enabled fiscal spending, breaking a longstanding taboo.

It is yet to be seen whether this policy experiment will work its magic in lifting inflation as it faces hurdles both in the short and long-term.

Short-term outlook: Subdued inflation to stay
Underlying inflationary pressures are set to be muted this year due to the hit the COVID crisis has imparted to the economy. There is ample slack in the labour market. As a result, demand-pull inflation is likely to be muted, as it will take time to recoup the lost ground. For instance, in the US, employment is 10 million below its pre-COVID levels and, based on recent job growth trends, it will take years to reverse those losses. The longer people stay out of work, the slower the recovery, due to scarring effects (i.e. skill mismatches as workers lose their skills and need retraining). This was certainly an element that contributed to the slow and inflation-less recovery that followed the global financial crisis.

Accordingly, prospects for wage developments are sobering. In the face of the COVID crisis, the focus of pay negotiations has been on job protection rather than salary increases. For instance, Germany’s largest and most influential union – IG Metall – lowered its wage increase demand (to 4 per cent) compared to recent years, despite the pay freeze in 2020. In the UK, the government froze public sector wages.

However, temporary bouts of high inflation are likely this year largely due to two factors: base effects and cost-push pressures.

Oil prices collapsed in March-April 2020 – Brent fell by more than 60 per cent in the first four months of the year to an average of $26/barrel in April. It has recovered since then (although it is still running below its pre-crisis levels), which implies a very favourable annual comparison this year. Assuming Brent stays at around its current level ($55/barrel), base effects in energy prices will boost headline inflation by about 1.5 pp in March-May in the US and the euro area. US inflation might spike to 3 per cent or higher in Q2, while euro area inflation might increase to almost 2 per cent in the same period. The oil price rout in 2014-16 provides a decent parallel for the current evolution in headline inflation. In addition, temporary tax changes during the pandemic will also generate volatility in headline inflation – notably the expiry of the six-month German VAT reduction in January. German inflation is likely to spike around mid-year reflecting base effects in energy and VAT-related base effects.

Meanwhile, there are signs of cost-push inflation pressures. First, commodity prices have increased, notably for grains and industrial materials. This probably reflects the anticipation of a recovery in demand that has not taken place yet. In addition, supply constraints due to COVID disruptions, which are likely to continue as businesses adapt to a new post-COVID world, might also result in higher inflation.

Somewhat related to the commodity story, the recent weakening of the US dollar – if sustained – is likely to have some inflationary impact in the US, but it should be limited, given that the US is a large and fairly closed economy. Also, the impact from a weaker US dollar would be deflationary elsewhere, notably in the euro area.

While base effects and cost-push pressures typically result in short-lived inflationary episodes, they can prove persistent to the extent they affect inflation expectations. As it stands, that seems unlikely in the current environment. Inflation expectations are low according to all measures. Market-based inflation expectations have picked up recently as markets have bought into the reflationary narrative, but levels are still low by historical standards. More importantly, survey-based measures are still depressed, shaped by more than a decade of persistently low realised inflation. The persistence of inflation and the prevailing low-inflation mentality cannot be underestimated (see the Japanese experience).

Inflation expectations are an important input of augmented Phillips curve models. We find that over time their explanatory power has increased while the weight of output gap components within Phillips curve models has declined. Overall, those models suggest that underlying inflation (i.e. excluding the impact from transitory effects such as base effects) is likely to remain subdued this year.

To sum up, some inflation bouts are likely this year, but they are likely to be temporary, while underlying inflation is likely to remain contained as the labour market is on the mend.

However, there are some more significant short-term upside risks for inflation. In particular, the recovery in inflation components that were mostly hit by the pandemic could be sharp, once the vaccine roll-out is completed and successful (which is unlikely to happen before mid-2021). The crisis has hit different sectors and different segments of consumers very differently. Accordingly, there has been dispersion across inflation components: food and health components were up, while restaurants, accommodation, leisure, and transportation were down. While the former inflation components are likely to remain supported, the latter might catch up quickly.

If and when uncertainty lifts, consumers might become temporarily price insensitive as they begin to spend the precautionary savings that they hoarded during the crisis to catch up on experiences and activities they missed during lockdowns. Moreover, fiscal stimulus (notably unemployment benefits and pay checque protections schemes) has supported income growth during the crisis to the point that US disposable income growth picked up. That should help the recovery once the health emergency phase is over.

That said, recovery dynamics and, more crucially, the impact from the deployment of fiscal policy have more relevance for inflation beyond this year, in the medium to long-term.

Long-term outlook: A more nuanced picture
While decades of contained inflation are probably weighing on the ability to even foresee higher inflation, the current policy experiment of coordinated fiscal and monetary expansion – if sustained – is likely to lead to higher inflation down the line. Indeed, easy monetary policy has already generated some inflation so far, but only in some places: while inflation has eluded consumer prices, we have had plenty of it in asset prices. In other words, it looks like money that was pumped into the system got stuck in financial markets and failed to reach the real economy. Accordingly, the velocity of money has fallen.

Fiscal spending can be a game changer, but the composition and quality of spending matter. The introduction of fiscal spending could fill the missing link between monetary expansion and consumer price inflation and lift the velocity of money. However, fiscal spending needs to have a high multiplier effect for that to happen. According to research, spending multipliers are higher (as high as two or three) in recession and for investment.

Importantly, a set of structural forces has provided deflationary pressures in recent years and their evolution will contribute to shaping the inflation outlook going forward:

• Globalisation has effectively expanded the labour force pool, putting downward pressures on wages. Going forward, it is likely to continue to go in reverse, extending an existing trend, that has been intensified by the pandemic. However, the impact on inflation will likely take time to materialise.

• Technology such as automation, artificial intelligence, and prevalence of intangible assets will likely continue to provide significant disinflationary pressures, as the Fourth Industrial Revolution is only at its onset. To some extent it will replace globalisation, by enabling relocation.

• Demographics, specifically an ageing population in developed economies and China implies declining inflation – Japan is a case in point.

• Corporate’s (market) power – although there is no definitive result in research, the increased concentration of market power has likely contributed to curbing wage inflation, especially when associated with monopsonies. In general, corporates have gained more power vs workers, as exemplified by the decline in labour as a share of income and de-unionisation.

• Wealth inequality (somewhat related to the above): the ultra-rich have a relatively lower propensity to consumption and a higher propensity to savings. Going forward, political trends would point to some redistribution, but prospects are unclear.

• Central banks’ independence and credibility have contributed significantly to low and stable inflation and are currently at stake, as the distinction between fiscal and monetary policies has become blurred.

• Low productivity growth is relevant as it has contributed to low wage inflation. Fiscal policy can have an impact to the extent spending is productivity-enhancing. 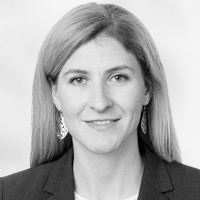