Where do the bucks stop?

Reserve Bank governor Philip Lowe has come out with a clear message: that despite the economy doing better than the expectations of even a few months ago, and certainly way better than the dire prognosis issued back in March 2020, the RBA will continue with the application of historically high levels of monetary accommodation. 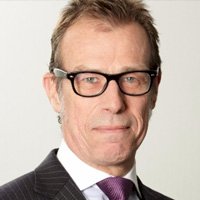 The governor announced the RBA board’s decision to maintain and extend the comprehensive array of measures announced back in November, including a further $100 billion in QE bond purchases in the five to 10-year maturity range. The RBA is keeping the “pedal to the metal”. Moreover, Governor Lowe has indicated that will be the case for some time with conditions for any contemplation of an increase in the cash rate from its current levels unlikely “to be met until 2024 at the earliest.”

In his National Press Club address following the RBA board meeting, the governor made it clear that historically high levels of monetary accommodation, including the extension of the QE program, were motivated by a desire to avoid an unwelcome movement in the Australian dollar.

He noted that: “[i]n terms of other central banks, most have recently announced extensions of their bond purchase programs, many running until at least the end of this year. Given this, if we were to cease bond purchases in April, it is likely that there would be unwelcome upward pressure on the exchange rate.”

Such commentary is a confirmation that the world’s central banks are playing a game of “competitive devaluation” – a “currency cage match”, even if they are less than candid in acknowledging explicitly that the exchange rate is a key transmission tool for monetary policy.

That cage match got serious with the Fed’s move to “flexible” inflation targeting announced by Fed chair Jerome Powell in August last year. As Governor Lowe suggested, the RBA has no choice but to remain “in the cage” by maintaining measures whose purpose is, inter alia, to prevent the Australian dollar from appreciating to a level that compromises international competitiveness and militates against the achievement of its activity, employment and inflation objectives.

Governor Lowe’s candour and unambiguous articulation of the RBA strategy is a welcome departure from the sometimes opaque nature of central bank communication. Something that markets and commentators feel is increasingly an arcane relic of a bygone era that is inimical to efficient market functioning.

While the Australian economy’s performance has certainly exceeded expectations, wage growth remains moribund and the unemployment rate, again while having bettered expectations, is still some way north of the “4 point something” cited by the governor as getting close to capacity. Indeed, the governor explicitly cited wage growth in articulating his and the board’s expectation of no increase in the cash rate before 2024, noting that “wages growth will have to be materially higher than it is currently. This will require significant gains in employment and a return to a tight labour market.”

On that basis, and with an eye firmly on the Australian dollar, erring on the side of “too much” rather than “too little” is at this stage – tactically at least – the least risky policy path.

What about the US dollar?

The RBA’s job (and that of other central banks) could be made that little bit easier – perhaps unintentionally – by the new Biden administration.

With Janet Yellen in the Treasury secretary’s chair, markets are right to expect a disavowal of the Trump era “devaluationist” rhetoric toward the US dollar.

While the Fed is expected to persist with its own historically high levels of monetary accommodation there is a view that the decline in the US dollar that dated from the onset of the Fed’s aggressive easing of monetary policy from about March last year may be coming to an end.

The Fed was in a position last March where it could ease monetary policy more aggressively than others – the ECB, the BoJ and SNB, (but not the RBA) having “tapped out” on monetary policy. In that context, the depreciation in the USD looks unsurprising.

The new administration led by President Joe Biden and Treasury secretary Yellen has indicated, however, that further significant fiscal stimulus is underway. But the federal budget deficit was already projected to be close to 16 per cent of GDP in 2020. With the political constraints to even more aggressive stimulus now much reduced that figure will likely only grow beyond the current peacetime record.

Those deficits need to be financed.

Given the immensity of that task there is some fear that this will lead to higher interest rates or bond yields. While still low, bond yields have marched up considerably to sit currently above 1 per cent from their lows near 0.50 per cent in August.

An appreciation of the US dollar (because of higher bond yields) is what the textbooks suggest is the consequence of a fiscal stimulus funded by bond sales to the public. Indeed, that is precisely what happened with the Reagan deficits of the early 1980s which kept a floor under bond yields and saw a sharp appreciation of the US dollar which only came to an end with the Plaza Accord in 1985.

In the current circumstance, the Fed is also a big buyer of bonds as well as the public. In Paul Volcker, Reagan had a Fed chair that, fresh from the experience of the inflationary 1970s, wouldn’t have had a bar of central bank purchases of bonds as a stimulatory tool. Were a Powell-led Fed disposed to increase its purchases, that would limit the rise in bond yields and therefore any appreciation in the US dollar, but it has a lot of bonds to buy to achieve that outcome.

Adding to the myriad of complexities attaching to global financial markets, assessing where the “bucks” stop, looks to be an increasingly important consideration for investors in the period ahead.

Where do the bucks stop?