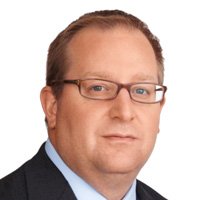 The impact of COVID-19 varies widely across EM countries – in many ways, the imperative to balance “lives vs. livelihoods” parallels the challenges faced by developed economies.

But many EM countries with less diversified, less resilient economies also have unique problems that are exacerbated by the pandemic, especially among the poorest and most vulnerable populations.

From an investment management perspective, today’s environment underscores the key tenets the Eaton Vance EM debt team has developed over the past several decades.

There are several key reasons why benchmark-based approaches may be suboptimal.

For one, benchmark valuations may be unattractive, from an asset price perspective, at any given time. Nevertheless, they are – by definition – required holdings for benchmark-based strategies. Further, indexes may be highly concentrated – for the GBI-EM, the top 10 countries account for 80 per cent of its weight, as of 30 September 2020. This kind of concentration of a relative handful of larger EM issuers has been a major source of the index’s historical volatility.

The market impact of this concentration has grown along with the rise of index-based EM ETFs. In contrast, outside of the GBI-EM there are 70 investable markets, with approximately $1.1 trillion worth of local-currency market capitalisation. Non-benchmark securities are not as well covered by sell-side analysts so they more frequently mispriced. Strategies that rule out such countries greatly reduce the opportunity set and alpha potential.

In brief, investing in EM countries simply because they are in a benchmark has always been a weak premise, and it is even more so after COVID-19.

If COVID-19 has made struggling economies like Mexico worse, its impact is also being felt by EM success stories as well. Consider central and eastern Europe – Poland, Hungary, Romania and Czech Republic. The region had been thriving pre-COVID, thanks to rising demand for car exports, electronics and supply-chain parts, all of which are drivers of economies in central and eastern Europe. With economic lockdown across Europe, the short-term disruption in this story has been plain.

For example, Polish logistics companies provide components for Germany’s carmakers, but demand has suffered. For the longer-term, other questions loom, such as how far will the deglobalisation trend go? From one perspective, deglobalisation could hurt eastern European countries if their customers push to keep their suppliers local.

By the same token, eastern European economies could benefit if companies with complex international supply chains bring production back from Asia to Europe.

There is no simple approach to predicting how Mexico or the eastern European countries will fare with the added hurdles posed by COVID-19, nor a formulaic method for determining when and if their debt is priced to fully reflect them.

Currencies and other risk factors

Global supply chains are just one example of where EM fundamentals may be evolving – the crash in oil prices is another one. This major dislocation offers opportunities that are possible through our commitment to capitalising on all risk factors, like currencies.

We have long believed that the best way to pursue alpha in the EM sector is through bottom-up focus on country level macro-economic and political research, and standalone analysis of specific risk factors.

EM bonds are aggregates of risk factors – interest rates, currency, and sovereign and corporate credit spread (over its respective sovereign spread). This approach lets us disaggregate and evaluate these idiosyncratic risk factors at the country level.

A good current example involves most of the countries of the Gulf Cooperation Council (GCC) – Saudi Arabia, Oman, Bahrain, Qatar and the UAE. For decades, they have pegged their currencies to the US dollar. Historically, the pegs have been a way for the Gulf countries to use their huge dollar-denominated revenue streams from oil to maintain the purchasing power of local currencies and political stability. But the collapse in oil prices and the strength of the US dollar in the wake of the COVID-19 pandemic have brought renewed attention to monetary and foreign exchange (FX) policy in the GCC, and questions about whether continuing the dollar pegs is feasible or desirable.

In June 2020, the deficiencies of the pegs were becoming apparent, as they were artificially inflating the value of GCC currencies. For example, Russia has much better fiscal numbers and FX reserves than Oman, yet the Omani rial appreciated 15 per cent versus the Russian ruble in the first half of the year. Similarly, the UAE’s currency appreciated 15 per cent versus Turkey’s. The two countries compete in tourism and airlines, and the relative strength of the UAE’s currency is a disadvantage.

The potential shift in dollar-peg GCC countries to free-floating bears close watching, with the kind of flexible investment approach that we employ to take advantage of potential currency mispricings as they occur.

Just as in developed markets, extraordinary fiscal and monetary interventions are now underway in EM countries. Such actions can pose serious hazards for passive, index-based portfolios, and indeed any strategies lacking a source of in-depth, proprietary expertise about local economies and the policies driving them.

Consider South Africa, which represents about 7 per cent of the GBI-EM. Fiscal slippage and rising public debt have been the trend in South Africa for the past few years. The country unveiled a $26 billion spending package amounting to 10 per cent of GDP, including a request for its first ever loan from the IMF. In the first quarter, prior to the pandemic, the budget deficit was on track to be about 6 per cent of GDP. That figure has swelled to 16 per cent.

While South Africa historically has been considered one of the higher-quality EM countries, markets are now doubting that assessment (as we have for years), and its hard-currency debt was punished in April. South Africa illustrates the tensions that are likely to grow between the need to stimulate EM economies and obligations to external bondholders – benchmark countries are not immune to this pressure.

In 2020, through 30 September, Ecuador, Lebanon and Argentina have defaulted, while Zambia and Angola are in negotiation with creditors, and a number of others are “on watch.”

The EM sector “comes of age”

EM debt continued to rebound in July and August, following its rally in the second quarter of 2020 along with the rest of global financial markets. The sector retreated in September, as continuing concerns over the pandemic and uncertainty about the US presidential election took hold.

On the positive side, as developed market central banks push policy rates to near or even below zero, this provides “breathing room” for many EM borrowers to lower rates and still attract capital.

The ability for EM central banks to lower rates is an important milestone for the sector.

During previous debt crises, they typically were compelled to raise rates to defend their currencies. This milestone should be seen as a broader “coming of age” phenomenon for EM debt: investors are no longer treating the sector monolithically. There is an understanding that EM countries must cope with this crisis but did not cause it, as in prior years. Across EM countries we are seeing investors differentiate based not just on their dependence on oil, but on varied policy responses to the virus and the potential impacts on healthcare systems, social dynamics, economies and finances.

Why selectivity matters more than ever

But in the wake of the sharp rally and the “tailwind” it provided for the sector, the need for selectivity among EM countries has grown. A number of factors are at play with disparate impact on EM issuers, such as:

- Coping with the “dual shocks” of oil prices and recession – As the Gulf examples show, this is a double whammy for many EM countries, but some oil-importing nations will benefit.

- Debt relief – In response to an April request of the IMF and World Bank, the G20 countries agreed to suspend debt service payments through the end of the year – relief that could total $20 billion from public and private creditors.

- FX values – Foreign currencies are generally supported by strong economic growth and credible monetary policy. But in many cases, central banks are using weaker currencies as a crutch for exporters at the expense of broader growth, raising concerns of “beggar thy neighbor” policies.

- Balancing health and growth – As with developed nations, each EM country must find an optimal path to economic recovery that doesn’t jeopardise its healthcare system.

These examples underscore that due diligence and vigilance are the order of the day in the EM sector, and that there is no substitute for active, in-depth proprietary research. But with the proper tools to navigate the new landscape we believe there are numerous opportunities in the sector. 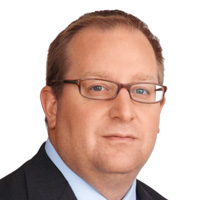