Industrial property is hot as hell – and here’s why

A confluence of factors has seen Australian and New Zealand investors race to embrace what was once a decidedly unsexy subset of the property market. 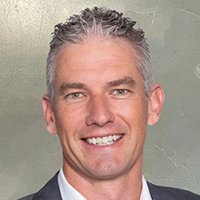 When it comes to investing, there are no certainties. Black swan events can put paid to the best laid business plans and turn yesterday’s sure bets into tomorrow’s bad bargains. That’s certainly true of the property market. The pandemic has left retail and commercial assets looking lacklustre, with the work-from-home shift emptying out inner-city office blocks and intensifying consumers’ already thriving love affair with online shopping.

Meanwhile, over in the industrial sphere, it’s a very different story. In recent months, interest has intensified, prices have soared and well-placed assets are routinely the subject of bidding wars. That’s unlikely to change in the short and medium term. Here are five reasons why industrial will be hot property in 2021 and beyond.

When times are uncertain, human beings seek certainty. Unprecedented P/E ratios in sharemarkets, at home and globally, are making investors nervous, while bond market yields have sunk to record lows. That’s helped to herd investors towards an asset class they can see and touch, and which offers the relative certainty of 4-5 per cent yields.

Bank of England visiting scholar Paul Schmelzing created headlines in the finance press in early 2020 with an analysis that showed interest rates were at a 670-year low. While that figure may surprise, the fact that rates are languishing close to zero and, indeed, have gone into negative territory in some jurisdictions, is not news to anyone who reads the news or owns a bank account. The net effect: a flight from financial to real assets and a corresponding rise in property prices.

Quantitative easing is a practice with which Australians were largely unfamiliar, prior to the COVID crisis. They know a little more about it now and they’re seeing the distorting effect it can have on the property market. Having the country’s central bank hoovering up bonds and other financial instruments does crazy things to asset values. Investors who’d normally buy those instruments are having to park their capital elsewhere and, overwhelmingly, they’re looking to park it in industrial property.

The flight to online

Do Australians like online shopping? You betcha they do. That’s why they spent an estimated $35.69 billion on online retail in the 12 months to June 2020, according to the NAB Online Retail Sales Index. That’s around 10.7 per cent of the total retail trade estimate. And it’s a figure that’s only likely to increase as COVID-cautious consumers continue to let their fingers do the walking – and become ever more accustomed to the convenience and keen prices on offer from retailers in the online sphere in the process. That’s bad news for shopping strips and their retail landlords but a boon for investors who sink their funds into industrial assets. Their tenants in the warehousing and logistics sectors are flat tack picking and packing the orders the e-commerce boom is generating.

TINA – There is no alternative

And lastly, there’s the concept of TINA. Believed to be coined by the Victorian philosopher Herbert Spencer, and adopted enthusiastically a century later by the late British Prime Minister Margaret Thatcher, the acronym stands for “there is no alternative”. In today’s roiling investment environment, it’s an apt summation of investors’ reasons for piling into property in general and industrial real estate in particular.

Industrial property is hot as hell – and here’s why 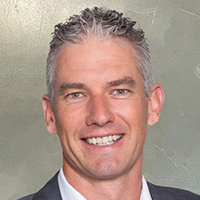