A less confrontational style is likely to lower headline risk and may drive global investors to refocus on the fundamental strengths of Asia’s economies and financial markets. 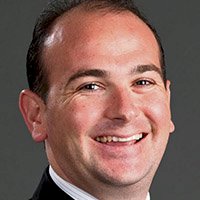 Asian financial markets could reap the benefits if US President-elect Joe Biden proves to be more conventional than his predecessor in the White House, potentially triggering a reallocation of global capital to the region.

We anticipate that the incoming Democratic-led US government will review its relationship with China. This will form a key narrative for the global economy in 2021.

While we don’t expect the US to reverse its policy stance on China, we suspect Biden will place less emphasis on the bilateral trade deficit. Instead he could use it as a basis for negotiation as he resets America’s relationship with China and recommits to the rules-based international trade architecture.

One area of common ground could be action on climate change, with Biden a known advocate for environmental sustainability and China having stated its intention to become carbon-neutral by 2060.

Any warming of US-China ties would relieve pressure on global supply chains, which would be positive both for foreign direct investment into Asia and for business investment. Similarly, the signing of the Regional Comprehensive Economic Partnership (RCEP), which aims to reduce tariff and non-tariff barriers across 15 countries, should help to secure trade and deepen regional integration.

A reduction in volatility would also be positive for Asian markets in general, potentially encouraging investors to refocus on the fundamental strengths of governments and companies in the region. Asian economies are at a more advanced stage of recovery from the COVID-19 pandemic than Western peers, having demonstrated greater state capacity to manage the crisis.

In addition, we may see Mr Biden roll back some US corporate tax cuts and deregulations implemented by President Donald Trump. That could strengthen the relative appeal of non-US companies, including those in Asia.

For now we are forecasting a split US Congress and a return to a relatively obstructionist Republican policy stance. Consequently we have toned down our forecasts for US fiscal stimulus.

The likelihood of a smaller fiscal package suggests US monetary policy will remain accommodative for longer, while we believe the economic impact of the coronavirus pandemic will be disinflationary. This could point to dollar weakness, while being supportive of Asian and emerging market currencies. We are positive on hard and local currency Asian bonds, most notably Chinese government bonds.

One unknown is how the rollout of coronavirus vaccines will impact the global economy. Global trade has held up relatively well during the crisis to date, benefitting Asian economies that are deeply embedded in the global goods’ trade.

China’s economy has rebounded quickly – reflecting both global trade and a robust domestic policy response – and appears likely to escape with little long-term damage to its pre-COVID trend. Leading indicators such as PMIs remain at high levels, consistent with China’s continued catch-up, while national property sales have rebounded almost on a par with pre-COVID levels.

However, we suspect Asian nations will lag the US and Europe a little in terms of inoculating their populations. Western countries have secured more Western-made vaccines and will be first in line to receive those. We are optimistic about the efficacy of these vaccines, as underlined in recent trials.

The scale of infection in the US and Europe could be driving a stronger sense of urgency. We expect a significant proportion of their populations to have been inoculated by the end of 2021.

While China has started vaccinating its population already, having the production capacity to achieve herd immunity in a nation of 1.4 billion people will be a big ask. For Asia as a whole, we suspect substantial inoculation will be more of a 2022 story.

In terms of a revival in global tourism, we expect to see patchy development next year. Progress on rapid coronavirus testing could go a long way to driving a resumption in international travel.

We expect more travel corridors to open up between nations, although the extent to which governments recognise vaccines from foreign countries could dictate the strength of the resumption in tourism globally.

We are positive on the prospects for hard currency Asian bonds, which offer superior risk-adjusted returns to developed market bonds. Asian issuers boast lower net gearing than US issuers, their economies having suffered less long-term damage from the pandemic and recovering more quickly.

Reflective of this fundamental strength, we saw more credit ratings upgrades than downgrades for Asian investment-grade issuers in the third quarter of this year. The default rate for Asian high-yield bonds over the last 12 months stands at 3.8 per cent, versus 7.2 per cent for US high-yield paper.

Valuations remain more attractive, too. Asian BBB credits were trading around 100 basis points wider than US BBB credits in terms of credit spreads, as at the end of October 2020.

This contradicts the perceived wisdom that Asian and emerging market debt is riskier and tends to underperform during times of stress.

Among local currency fixed income, Chinese government bonds stand out. China remains the only A+ rated sovereign debt market yielding above 3 per cent over 10 years currently. That provides a greater yield cushion in the event of a further risk-off environment.

By contrast, 10-year developed market government bond yields were hovering between zero per cent and 0.9 per cent, with Bunds firmly in negative territory. From a traditional asset-allocation perspective, this leaves investors nowhere to turn for defensive assets.

This is driving record monthly inflows into Chinese onshore bonds. The strength of China’s economic recovery from the pandemic combined with the prospects of a weaker dollar suggests the yuan will remain well supported. It has been the best-performing currency worldwide year-to-date.

But beyond government bonds and policy-bank bonds, foreign investors own just 2 per cent of China’s total onshore bond market, versus 20 per cent for Japan – a market of comparative size. It underscores how global investors may need to look at China’s market differently.

From a corporate perspective, we are constructive on China’s high-yield property sector, where we have seen a strong recovery in sales, and some high-yield sectors in the Middle East, in line with our sovereign macro-economic forecasts.

There has been a lot of headline noise about regulators looking to deleverage China’s property market. This led to a sell-off among developer names and they are yet to recover fully.

We think this tightening of financial conditions was designed to guide developers on what they will be allowed to borrow in future to better manage their balance sheets, not to squeeze them dry of liquidity. As a consequence, we see value opportunities in this sector. 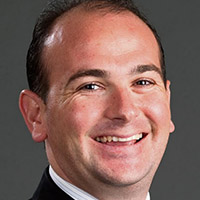