US election: A house divided

After a tense few days of vote counting, Joe Biden has been elected the 46th President of the US. The larger story, however, is that the US remains a house divided. Polarisation has been on the march over recent decades, but the Trump-Biden contest has underscored social and political divisions that are arguably worse than at any time since the Civil War.

Rather than inhabiting the same civic space, as they once did, the Republican and Democratic parties and their supporters now resemble two tribes in endless conflict spurred on by vitriol from new media platforms.

Opinion has become more important than evidence and facts. For many non-Americans, who are admirers of the US, this is sorrowful.

Financial markets and a glass half full

So, given all this, what are the chances of Mr Biden getting his major policy proposals through Congress?

I’m going to take an each-way bet and make a pessimistic as well as slightly more optimistic case.

The Democrats lost seats in the House of Representatives, but kept their majority. Two run-off elections in Georgia on 5 January will determine the final make-up of the Senate.

Though Mr Biden surprised by edging out President Donald Trump in Georgia, pundits, for now, are tipping Republican wins in the run-offs.

If that happens, he will face a continuing Republican Senate majority led by hardball leader Mitch McConnell who is not given to compromising with Democrats in Congress or the White House.

A President Biden could, like president Barack Obama, be reduced to issuing executive orders that can easily be overturned by the following president.

Financial markets, however, may adopt a half glass full attitude because policy gridlock, for all its frustrations, will likely mean the extension of the Trump administration’s low-tax regime.

There’s little chance of a Republican-led Senate accepting Mr Biden’s proposal to increase the corporate tax rate from 21 per cent to 28 per cent.

Likewise, Democrat hopes for a US$2 trillion spend on new infrastructure over 10 years for water, transport and green infrastructure and expanded internet access would have to be dramatically wound back, as would US$3 trillion public spending in housing, social spending and education and childcare.

But maybe the pessimists are too pessimistic. A feature of Mr Biden’s political life has been civility.

From back in 1972, when he first became a Democratic Party senator for the small state of Delaware, Mr Biden has been a consensus-seeking politician. His style harks back to a more collegiate era in American politics, he’s a “reaching across the aisle” kind of person who is courteous to political allies and opponents alike.

Moreover, his deep Senate relationships, including with Mr McConnell, might make incremental change possible, even if big breakthroughs are off the agenda.

Both parties took policies to the election that aimed to encourage “onshoring” and to penalise companies from “offshoring”, so the implementation of these types of measures will probably have bipartisan support.

Implementing healthcare changes may also be possible as there was some commonality between the Republican and Democrat platforms.

America’s founders were fearful of potential concentrations of power and so created a constitutional order of strong checks and balances in which the legislative (Congress), executive (President), and judicial (US Supreme Court) branches were equal and separate.

So, getting things done, or more accurately, getting big things done, requires compromise. White-hot polarisation and its rejection of compromise have made this impossible, unless a single party control all the levers of power in Washington. That’s a rare occurrence.

While President Trump’s tone may have been abrasive, and his lack of regard for traditional allies unnerving, there’s likely to be more continuity than change in US foreign policy because any country, even one as singularly important as the US, only has so many geostrategic options.

Maintaining a hard line on China has bipartisan support although the President does not need congressional approval. However, a Biden presidency will probably take a more multilateral approach to China. Tariffs are less likely to be a feature of his approach, and may be traded off for greater access to the Chinese market for US companies.

A Biden administration will probably take a more multilateral approach to trade across the globe, as it does not require congressional approval, apart from certain areas such as entering into new trade agreements. By the same token, strong protectionist sentiment among the American public means joining the Trans Pacific Partnership, in which Australia is a member, is unlikely.

As I said in my pre-election commentary, investors believed that a “Blue Wave” Democrat sweep could have led to a possible switch in the composition of US sharemarket leadership.

This stemmed from a view that spending proposed by Mr Biden would boost economic activity and inflation expectations, which could reduce both the earnings and valuation premiums carried by growth stocks, and improve the earnings outlooks for cyclical stocks levered to economic growth.

But owing to the absence of a Blue Wave and expectations for broad continuity in tax policy, investors now believe that technology stocks that have driven US sharemarket performance in recent years — such as Facebook, Google, Amazon, and Microsoft — will continue to enjoy strong support.

Reasons for this include big tax increases being off the cards and low likelihood of higher government spending and thus monetary policy will have to do more of the heavy lifting. This should put a cap on both short and long-term interest rates, which favours longer duration equity assets such as technology companies.

Finally, investors believe that working-from-home consumer behaviour and practices will become entrenched, which will be another tailwind for technology companies.

By contrast, segments of the market that would have benefited if Biden was able to enact his full policy agenda, such as renewable energy, are likely to lose favour, at least in the short-term.

In managing client portfolios, we’re mindful of the need to steer them through near-term risks while also setting them up for strong long-term performance. We need to cater for many and varied possible futures when positioning our portfolios.

US election: A house divided

After a tense few days of vote counting, Joe Biden has been elected the 46th President of the US. The larger story, however, is that the US remains a house divided. 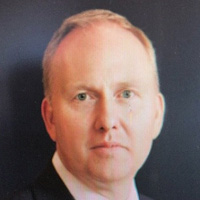