Green and clean: Why renewable energy stocks are soaring

The shift to renewable energy stocks has soared over the past few years, as established companies and smaller firms continue to invest in green initiatives. Companies such as Sunrun Inc. and SolarEdge Technologies Inc. are benefiting from this shift from high-carbon fuels to clean, renewable energy stocks, with their stocks up around 300 per cent and 200 per cent respectively. Not only have they conquered the market, they have also comfortably outperformed Big Tech leaders such as Amazon, Apple and Facebook.

So, what’s behind the extraordinary rise in renewable energy stocks? And what’s the best way for investors to capitalise on its growth?

One of the major reasons that renewable energy stocks are performing well right now is because the industry is growing at such a rapid pace. As a result of the increasing focus on climate change and sustainability, demand for renewable solutions is at an all-time high.

Today, renewable energy sources make up around 25 per cent of the world’s electricity.

The International Energy Agency (IEA) sees renewable energy generating capacity growing to around 30 per cent by 2024 under its base-case scenario, driven by cost reductions and advances in digital technologies.

The IEA also estimates solar will have the brightest future, with this technology anticipated to power the majority of that growth.

Another reason that renewable energy stocks are gaining traction with budding investors is a result of the swelling appetite in sustainable investing, or socially responsible investing (SRI).

In the US, $20.9 billion flowed into sustainable funds in the first half of 2020, according to Morningstar.

It was a similar story in Europe, with European sustainable funds attracting record inflows of €54.6 billion in the second quarter of 2020. That was more than double the inflows registered in the first quarter of the year.

In Australia, responsible investment and sustainable funds represent 37 per cent of the country’s $3 trillion investment into professionally managed assets.

Once a niche area of finance, sustainable investing has become a mainstream investment strategy, and renewable energy stocks are benefitting as a result.

Investors are now also focusing on the fact that across the world, many major cities are committing to become net-zero carbon cities by 2050. More than 425 cities worldwide have pledged to become carbon-neutral as part of the UN Race to Zero Campaign, including the likes of Copenhagen, London, Sydney, Melbourne, Oslo, and Vancouver, as well as 1,101 businesses such as Facebook and Ford, 549 universities and 45 of the biggest investors.

Each city is approaching the goal in a different way. London, for example, is aiming to reduce the number of trips made by car everyday, while Vancouver is prioritising the construction of zero-emission buildings.

By 2050, roughly three-quarters of the global population will live in cities, accounting for approximately 80 per cent of total energy demand and 70 per cent of global greenhouse gas emissions. So, the need for cities to move away from fossil fuels is paramount.

A Biden win
With Joe Biden’s recent US-elect presidential win, it’s expected that renewable energy stocks will outperform once he starts his role in 2021.

One of the pillars of a Biden administration would be climate policy. Biden understands that climate change is a crucial issue for the world and for this reason, he has developed a climate policy called “Clean Energy Revolution”. This will involve spending nearly $2 trillion over the next 10 years on renewable energy, on top of commitments from local states and the private sector. The goal is to ensure that the US achieves a 100 per cent clean energy economy and net-zero emissions by 2050.

Mr Biden has also confirmed that once he is in power, the US will rejoin the Paris climate agreement, which was formally left by current President Donald Trump. Not only is this great news for Americans, but it also gives Australia hope that it will soon follow.

According to BloombergNEF, between now and 2027, the global renewable power generation market is expected to grow at a compound annual growth rate (CAGR) of about 8 per cent.

Despite there being seemingly an endless selection of renewable energy stocks including the likes of Ørsted A/S, NextEra Energy and First Solar, investors should be wary that not all companies are likely to capture the full opportunity.

As with any emerging industry, some companies will boom while others face high levels of volatility, especially while huge swings occur in short periods of time. If smaller companies experience challenges, their value can decline significantly.

One way to gain exposure to the renewable energy industry is to invest in a diversified portfolio of stocks in order to spread your risk. By investing in a basket of renewable energy stocks, you can potentially capitalise on the upside that the theme offers, while minimising your downside risk.

Green and clean: Why renewable energy stocks are soaring

The shift to renewable energy stocks has soared over the past few years, as established companies and smaller firms continue to invest in green initiatives. 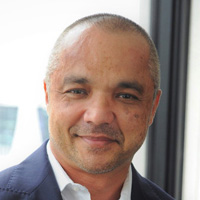