During the depths of the March market meltdown, and as global central banks and fiscal authorities aggressively entered the fray, we saw the dawn of “The Golden Age of Credit.” 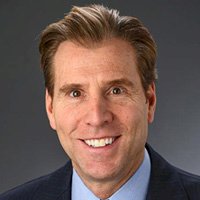 Decimated credit valuations, coupled with the belief that companies will be forced to finally prioritise debtholders, created a highly attractive entry point. Over the second quarter of 2020, fiscal and monetary stimulus surprised to the upside, global economies started to reopen, corporate issuance soared, stock indices skyrocketed, and spreads rallied furiously.

This all begs the question: has the sun already set on “The Golden Age of Credit?” We think it’s far from over; here’s why.

Attractive valuations
Timing is indeed everything. Entering the second quarter of 2020, credit spreads across virtually every rating category and maturity bucket were at the widest end of the range witnessed over the past 25 years. Although spreads have rallied since then, they have continued to trade above the long-term average. The first leg of the credit spread rally featured assets that were directly targeted by various support programs, namely high-quality assets. For example, AAA-rated securitised products and high-quality, shorter-duration investment-grade corporate bonds rallied strongly and largely recovered. However, the second leg of the spread recovery remains in the early stages in portions of the market that are still very much dislocated. In particular, the crossover corridor of BBB-rated and BB-rated corporate bonds appears attractive and is at the cheaper end of its historical range.

Historically, in the repair part of the credit cycle, fallen angels in the crossover corridor represent a “gift from above.” Segmentation in the fixed income markets is particularly acute in the crossover corridor, which subsequently creates a meaningful source of potential alpha for multi-sector investors. Of course, default and downgrade activity will pick up materially in the current environment, and credit selection remains paramount, but we believe that spreads provide investors with more than adequate compensation for that risk. Paradoxically, when spreads are tight and defaults are low, credit returns are lower than when spreads are wide and defaults are high. Starting points matter and matter a lot.

Balance sheet repair
Credit investing is a perverse dark art where not so favourable news can improve the investment outlook. Essentially, credit investors benefit the most when companies are in free cash flow conservation mode and they pull back on balance sheet destructive activities, such as share repurchases, dividends, and capital expenditures. This concerted effort that protects bondholder value is a favourable fundamental tailwind that naturally occurs when spreads are wider, not tighter. Even though leverage may temporarily spike with the decimation of second-quarter earnings/cash flow, we expect corporations to embark on this multifaceted balance sheet repair march over the coming quarters and years. Provided that a company is a going concern (doesn’t default) of course, the direction of a credit’s travel may actually be a better determinant of its performance, rather than simply assessing the current state of its credit profile, particularly considering the sharp and swift recession that created the leverage spike.

Slow growth is good growth
The unprecedented sudden stop in the global economy will likely have lasting effects on growth and the future economic trajectory. The extent of the scarring is not completely known at this stage. And while we believe that a U-shaped recovery is the most probable, alternate scenarios cannot be dismissed. Nonetheless, we see a long road back to trendline growth, which should keep corporations in free cash flow conservation mode for some time to come. In fact, the longer and harder the economic road to recovery, the more likely that companies will remain friendly to bondholders (or at least less hostile).

Too legit to quit

The global fiscal and monetary responses to this crisis have been nothing short of astounding. These often-coordinated, swift and decisive actions have arguably staved off the worst-case scenario for the global economy and, thus, the markets. Crucially, the current poor economic state is unlike the global financial crisis where fiscal and monetary authorities were worried about “bailing out” bad behaviour and actors. The current lack of villains strongly suggests that both governments and central banks will continue to do whatever it takes (to steal a phrase) to protect their innocent citizens. As such, we don’t see either stopping until the so-called battle is won.

Risks are heightened as we progress through the second half of 2020, and we remain in an environment fraught with uncertainty. Understandably, investors prefer clarity and certainty. But once again, the near-term cloud should keep corporations conservative and focused on balance sheet repair. Admittedly, we have less conviction over the near-term as the markets will continue to be on a knife’s edge around geopolitics, COVID curves, and economic data. However, over the medium to long-term, we have a much stronger conviction as the current level of spread compensation, in concert with the strong fiscal/central bank response in a moderately low economic growth backdrop, bodes favourably for credit investing – thus enter “The Golden Age of Credit.” 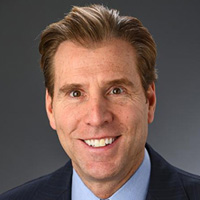