Global markets at a crossroads leading up to US election

Uncertainty and market volatility tend to increase during the run-up to US presidential elections, but the 2020 campaign seems more divisive than usual. 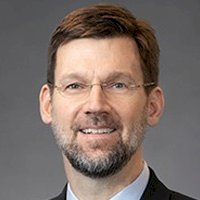 Given the binary nature of the US presidential election, the election’s outcome will likely favour certain industries while adversely affecting others. Markets don’t like that kind of uncertainty. Now nine months into the COVID-19 pandemic, investors are cautious, and markets are already anxious.

The state of the (economic) union
So far, massive fiscal stimulus enacted after the virus outbreak has been unable to bring the general US economy in line with the US stock markets. The likelihood of more monetary and fiscal stimulus is helping keep interest rates historically low. Additionally, the Federal Reserve has said it has no intentions of increasing interest rates for fear of further diluting the recovery. This may help stocks in the “reopening trade,” that is, those exposed to economic recovery.

But questions about what kind of policies to expect after the election are adding to market uncertainty. That’s because the outcome of the contest between incumbent President Donald Trump and former vice-president Joe Biden has the potential to significantly affect public policy and how industries and companies do business. Here’s how we think policy and industry could be affected in each scenario.

A victory for former vice-president Joe Biden
A Biden victory could likely mean higher taxes and increased regulation of certain industries. It may also include increased federal spending on infrastructure and clean energy, and criminal justice reform.

Biden has promised to restore and augment the Affordable Care Act (ACA). He also promised to increase capital gains tax rates and create programs to make participation in the US economy more diverse and inclusive. A Biden White House benefits hospitals and healthcare providers, and pressures drug companies and financial services companies that could be subject to more stringent regulation.

On the other hand, we have had almost four years to observe what a Trump presidency looks like. A second term for President Donald Trump could deliver more changes to immigration policies and a possible US exit from NATO. The President is also likely to continue weakening the ACA, if not fully repeal it. He may also try to overhaul entitlement programs like Medicare, Medicaid and Social Security.

President Trump’s policies could benefit the financials sector by supporting a low-regulation environment. Defence-related companies could also see support through increased federal spending. While his changes to the corporate tax code have generally benefited businesses, the possibility of continued trade disputes and more isolationist policies could hamper free trade. This prospect continues to worry some investors.

Don’t overlook the importance of congressional race outcomes
The expectation that Biden would reverse some of the Trump administration’s pro-business policies may pressure corporate earnings, which are already uncertain because of the pandemic.

Research indicates, however, that stock performance has less to do with who wins presidential elections and more to do with the overall make-up of the US government. Therefore, the outcomes of the congressional races are arguably more important to the markets.

A Democratic majority
A “blue wave” sweep of a Democratic White House and both houses of Congress would make it easier to enact swift policy changes that could pressure stocks. A Biden victory coupled with a split Congress, however, would make it much more difficult for the new president to enact his policy proposals.

A Republican majority
The tense US/China relationship continues to trouble global markets, and the Trump administration’s confrontational approach to China is well documented. If trade conflicts, retaliatory regulations, or supply chain disruptions increase, they would weigh on an already weakened global economy. This would be an unwelcome development as economies begin to look toward recovery beyond the global health crisis. The Democratic challenger says he will negotiate aggressively with China.

However, it’s expected that US/China relations would improve during a Biden presidency.

What happens if the presidential election is contested?
The final, and very sobering, concern as we head into the campaign season’s final weeks is the growing possibility of a contested election. In the case of a close result, or in disputed results from mail-in and absentee ballots, we might see the failure to achieve a peaceful transition of power for the first time in U. history. Such an event would very likely upset global markets considerably until the US reaches an accepted resolution.

The current market uncertainty is significant and distracting. However, we don’t think it’s in anyone’s best interest to try and predict the US election’s results. Instead, we continue to focus on the specific business case for each stock we select for our portfolios. Likewise, we think investors should consider doing the same – take a longer-term view and stick to an investment plan.

Global markets at a crossroads leading up to US election 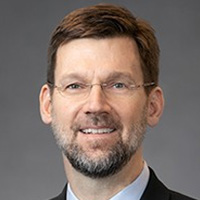