Climate change could have profound implications for property and casualty insurance companies in particular due to the claims expected to result from an increased number of major weather events. 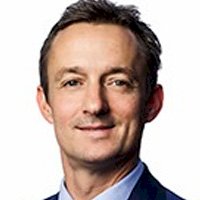 What’s more, as major investors, insurers are faced with a likely double whammy from climate change: the value of their portfolios could also fall significantly if they have high exposures to the potential losers of climate change.

In fact, EIOPA, the insurance regulator in Europe, has noted that more than 10 per cent of European insurers’ investment assets are in sectors exposed to the effects of transitioning in response to climate change. But there could be many other losers across sectors as a result of the unknowable and unquantifiable effects of this fundamental shift.

The challenges resulting from climate change for insurers are diverse and come from multiple angles, but at the same time they are in a privileged position to be able to be part of the solution.

Fundamentally, they can choose which companies and projects to insure, and can effect change through the sheer weight of their investments while limiting their exposure to climate risk in the process.

Over the past few years, governments and regulators have made significant progress in terms of setting climate change goals and considering the best ways of implementing sustainability targets through regulation. It looks inevitable that regulations will become more stringent over time as the climate emergency becomes ever more pressing.

Regulators have also been proactively looking at whether insurers should hold capital against climate-related risks in both the risks they underwrite and their investment portfolios.

In September 2019, EIOPA released its “Opinion on Sustainability within Solvency II”. Although the report does not formally recommend an explicit capital charge for sustainability-related risks in insurance investment portfolios, it does state “EIOPA considers it is prudently relevant to require to take into account the impact of their investment activity on sustainability factors”.

The report also states that “Where undertakings have long-term assets to match long-term liabilities, they should consider whether climate change would impact either their ability to hold these assets over that timeframe or their expected cash-flows”. Hence, some regulators are starting to compel insurers to stress test their investment portfolios for climate risk.

Financial institutions are also becoming more aware of climate change, but accurately assessing its future implications is impossible because no one knows exactly what will happen.

Modelling the potential impacts is complicated because many assumptions are involved and time frames are long, but despite the relative uncertainty, insurers should have a clear understanding of the climate-linked financial risk that the asset side of their balance sheets could be exposed to.

In doing so, there should be a focus on transition risks, which are the risks linked to the move to a low-carbon world. For example, consumer preferences are likely to shift, reducing demand for polluting materials. Regulatory changes are also a major aspect, and it seems inevitable that additional measures, such as punitive taxes on carbon emissions, will be imposed in the event of insufficient progress. These will affect the bottom line of all manner of companies to a varying degree.

The good news is that when it comes to climate change, investment, impact and regulation-driven reasons for investing are not mutually exclusive. In fact, they are closely interlinked.

Insurers are likely to come under much more pressure from regulators to reduce the climate footprint of their portfolios in the coming years and doing so will clearly have a positive impact.

This can be amplified by investing in companies helping in the move towards clean energy and actively encouraging others to reduce their own carbon footprint. And of course, companies with a heavy carbon footprint could be subject to punitive penalties in the coming years, hitting the prices of their securities, so adopting a climate-friendly portfolio could also help boost an insurer’s investment returns. 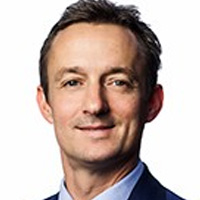