Solid fundamentals and positive interest rates will support emerging market bank profitability, but with a diverse outlook for asset quality in this key bond sector, a selective investment approach is vital. 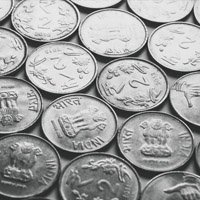 Much has been written about the vital support provided by central banks and governments to help economies navigate the COVID-19 crisis. But banks in emerging markets (EM) have been quietly playing a major role as well.

From the early stages in the pandemic, most EM banks started offering payment holidays and liquidity support, focusing on the more vulnerable customer groups – namely, individual borrowers and SMEs. Having already established digital platforms and set up remote working, EM banks entered the pandemic on the front foot. This, combined with significant support from governments and regulators to EM banks – including cheap liquidity, forbearance on asset quality, and relaxation of regulatory ratio requirements (including capital ratios) – meant most EM countries managed to maintain financial system stability, even during the extreme market volatility of March and April.

Results for the first half of 2020 revealed that many EM banks continued to deliver positive loan growth, driven by corporate loans, as big corporates drew on their bank credit lines amid the uncertainty. Deposit growth was equally strong, although consumer loan demand was muted. Entering the COVID-19 pandemic with strong capital ratios, good liquidity buffers, and decent operating profits certainly helped.

Prudence was also in evidence. Uncertainty around the path of the economic recovery prompted most EM banks to start setting aside extra provisions in the first half of 2020, when operating profits were still decent. And with many EM countries cutting base rates (which weighed on regional banks’ net interest margins) and fee income also declining as economic activities ground to a halt, many banks cut their operating expenses to soften the decline in operating profits.

Crucially, most EM banks revealed they have strong capital buffers to guard against any upcoming asset quality deterioration: many reported stable or even improved capital ratios in the first half of 2020, although some saw small declines in their capital positions – usually due to annual dividend payments as well as loan growth. However, the asset quality picture will only become clearer over the coming months.

But it is a diverse picture

A more granular look at first-half results reveals diverging trends both across and within EM countries. We observed three broad categories:

In EM countries that have had the most success in controlling the pandemic, such as China and Korea, banks extended relief measures on less than 5 per cent of total system loans, allowing them to report only a modest decline in net profits.

In EM countries like Peru and Indonesia, banks have a higher exposure to the more vulnerable SME segment and as much as 30 per cent of system loans needed a grace period. Net profit declined more significantly or even became net loss in a few cases. The impact of credit fundamentals will be partly mitigated by more fiscal stimulus and government loan guarantees in Peru’s case, and very strong levels of capital ratios and profitability in the case of large Indonesian banks.

Small EM banks appear to have suffered more from the COVID-19 economic hit relative to larger peers as a smaller scale and lower operating efficiency mean a thinner operating profit buffer to absorb loan losses. These smaller banks have generally reported lower or even negative net income and need to turn more defensive, by shrinking their loan book to preserve their capital ratios.

What next for the sector?

We believe regulators in EM will allow banks plenty of time to accumulate profits to gradually absorb any bad loans arising from the pandemic in order to maintain financial system stability, as well as to continue providing financing support to the economy. Furthermore, unlike developed market peers, many EM still have decent positive levels of benchmark interest rates, allowing banks to earn sufficient net interest margin and profitability.

As lockdown measures gradually ease and forbearance measures are withdrawn, the asset quality picture for investors in bonds issued by emerging market banks will continue to evolve. Our view is that EM banks, in general, should be able to maintain relatively stable capital ratios and sound liquidity positions while weathering the upcoming asset quality volatility.

We expect some consolidation of smaller, more fragile banks to improve economies of scale and operating efficiency and have already seen a number of large banks start to raise capital and prepare for potential acquisition opportunities, as some assets may become available at attractive valuations due to the pandemic.

However, there will be banks in need of a significant degree of government support, especially those with insufficient scale or capital buffers. Indian banks could fall into this category. There, public sector banks will continue to need capital injections from the government. While this supports the banks’ credit profile, it comes at the cost of an increased fiscal burden to the government and heightened downward pressure on the sovereign’s credit ratings – a potential negative for corporate credit spreads given the downward pressure this would also apply to the country’s corporate credit ratings.

Retaining a truly active selection approach with a focus on bottom-up fundamentals is vital for investors looking to differentiate the winners from the losers, in our view. 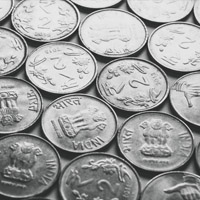