Beyond FAANGs, there’s more to get investment teeth into

With lots of money pouring into a handful of big name stocks such as the FAANGs and thereby creating possible market risk, investors should look beyond the very familiar names in tech stocks and pay more attention to smaller network businesses. 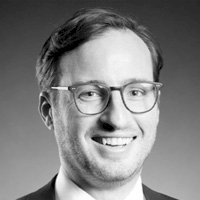 If there has been one somewhat consistent story in markets over the last few months, it has been that of technology stocks. Generally, the sector has outperformed, and the Nasdaq has reached record highs since March. This has primarily been due to the seemingly COVID-19-proof FAANG stocks.

Facebook, Amazon, Apple, Netflix and Google (collectively referred to as the FAANGs) are the most widely discussed platform businesses due to their size, powerful brands and ubiquitous presence in most global equity portfolios.

It is well known that leading network businesses have delivered immense value. One study suggests successful iterations of network-based business models have driven 70 per cent of the value created in the tech sector since the 1970s.

However, there is a cohort of lesser-known niche network businesses which offer similarly attractive economics while arguably demonstrating superior durability. Although rarely appearing in the media, these smaller platform businesses are nonetheless incredibly impressive enterprises.

These businesses can be loosely defined as network companies such as those with plug-and-play platforms which allow participants to connect, interact and create and exchange valuable information, products and services. Volumes moving through these networks develop a virtuous cycle that drives user adoption and customer willingness to pay, which in turn, leads to scale economies when profit margins improve with expanding sales volume.

Whilst the average age of the FAANG cohort is 22 years, the network businesses that Fairlight holds have an average age of 44 years, with the oldest dating to 1929. This longevity corroborates the idea of their durability and perhaps highlights our holding’s reduced susceptibility to technological change.

Multi-tenanting can bite
There is, however, one fundamental weakness which tends to present in network businesses generally a phenomenon best described as “multi-tenanting”, or the tendency to use more than one service provider simultaneously.  It is difficult to lock out competition from new entrants when people can use competing networks without penalty. For example, it is free to list a product on both eBay and Etsy, so many choose to use both.

The defences against multi-tenanting generally lie in the strength of the brand, the mission-critical nature of the product and the scale benefits that are derived from being the market leader.

An example of a network company protected from multi-tenanting is Verisk (NASDAQ: VRSK), owner of a contributory database serving the property and casualty insurance market in the US.

Insurers send Verisk approximately 3.5 billion individual records of transactions annually, and Verisk maintains a database of over 19 billion statistical records, which it cleanses and sells back to the insurers to help prevent fraud and understand liability. This has created a unique, almost irreplaceable, network effect. There is no credible competitor to Verisk’s service as replicating the database with similar accuracy would be near impossible, and the cost of opting out of the service for insurers is enormous – essentially, they could no longer accurately price risk without the data.

Another less intuitive iteration of a network business is heavy equipment auctioneer, Ritchie Brothers (NYSE: RBA). Over the past five years, Ritchie Brothers has transformed from its traditional business model of physical auctions to a fully digital experience. The transformation had been steadily developing; however, an inflection point was reached due to COVID-19 with all operations forced online. Since then, search conversion has increased 80 per cent, while registered buyers on the Ritchie Brothers site has doubled for the most recent quarter as compared to last year.

Ritchie Brothers is fast becoming the eBay of construction equipment and, in doing so, the value of its flywheel is increasing accordingly. As the market consolidator, Ritchie Brothers is more than five times larger than its closest competitor, but has a less than 3 per cent global market share, ensuring an impressive runway for growth.

We have found that holding companies that have nil to light multi-tenanting results in attractive return on invested capital. Where our network companies currently generate lower returns, they are generally investing heavily in a first-mover advantage which we believe will scale over time, as has been the case with Ritchie Brothers where ROIC has doubled over the past five years.

Returns in the tech sector have been spectacular over the past few years, pleasing many investors. In many cases questionable business models have been rewarded, and this may not always be the case. It is essential investors look for strong attributes in network companies such as commanding a first or close second market position, superior technology, and supporting infrastructure and customer data that increases in value over time.

Beyond FAANGs, there’s more to get investment teeth into 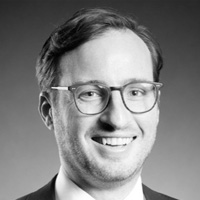