With the coronavirus pandemic sweeping the globe, and people confined to their homes in many nations, the world is experiencing an electronic sports and video gaming binge. Australian investors now have the opportunity to enter the game. Few of us actually realise how big and potentially lucrative this business is. The video game business is now larger than both the movie and music industries combined, making it a major industry in entertainment. Consider the largest grossing movie of all time, Avengers: Endgame. When it premiered in April 2019, it raked in over US$858 million during its opening weekend. This easily underperforms the highest-grossing entertainment launch in history which was Grand Theft Auto V’s release back in 2013, which earned US$1 billion in just three days.

Those forecasts could be modest. With the coronavirus pandemic sweeping the globe, and millions of people confined to their homes in many nations now and into the foreseeable future, eSports and interactive video gaming are becoming a very important form of home entertainment. It’s keeping many of us sane at a time when we most need it.

And the numbers of people gaming and tuning in are overwhelming. As at the end of July 2020, there were more people gaming, at 2.7 billion, than Facebook subscribers (estimated at 2.5 billion) or watching Netflix subscribers (190 million). Electronic sports and video game engagement metrics have been setting records across several platforms, including broadcast TV, online viewership of gaming and player numbers.

In 2019 eSports drew a larger global audience with 443 million global viewers. That was more than American football and international rugby union combined, at 410 million viewers.

The 2019 Fortnite World Cup was one of the biggest eSports tournaments, with over 2.3 million viewers watching the solo finals across YouTube and Twitch.  Fortnite has the highest annual revenues from any video game in history. And, it’s free to play.

Even Australia’s own Monash University has entered the game and is now nurturing the next generation of gamers through its Elite Student Performer Scheme (ESPS). It recently announced that the program will extend to students who compete or perform in eSports at an elite level. This recognition of eSports in a program aimed at traditional sports reflects the changing times among our academic institutions.

The spike in gaming during the COVID-19 pandemic is simply an acceleration of trends that have been underway for several years. Interestingly almost half of all game enthusiasts are now female, according to Newzoo, the global authority on the video gaming industry. This counters the stereotype that gamers are mostly male.

Driving much of this growth has been the transition from gaming at home, often a solo activity, to a group-play scenario where people can play games anywhere and with anyone. Electronic sports too has been similarly propelled by internet technologies and expanding bandwidth; eSports is now so popular that spectator numbers exceed that of many professional sports.

In terms of how where we game, the smartphone segment is the biggest, followed by the consoles. But with advancements in 5G and internet technologies – currently being rolled out in Australia and globally – this could accelerate the growth of mobile gaming as it will allow more sophisticated games to be played on handheld devices.

The long-term drivers that will underpin future growth are a younger demographic, with a generational shift towards online video gaming over more traditional social platforms. Technological innovation too is important. Advances in artificial intelligence and the digitisation of the world have pushed video gaming into the mainstream and it’s disrupting traditional entertainment channels.

In an Australian first, VanEck has recently announced it is launching a VanEck Vectors Video Gaming and eSports ETF (ASX: ESPO), which is the only ETF focused on investing in the largest pure-play video gaming and eSports companies globally, allowing investors to tap into the mega trend of technology but diversify away from the FAANGS.

ESPO’s holdings include leading game publishers Tencent, Nintendo, Electronic Arts and Activision Blizzard, which could continue to grow their revenues at rapid rates. ESPO will also invest in related software developers, streaming services, and companies involved in eSports events. ESPO is expected to commence trading on ASX in coming weeks. By investing in ESPO investors can access the opportunities in the video gaming and eSports sector and reap the potential rewards it offers. Only those who are in it have the potential to win it. Game on.

Issued by VanEck Investments Limited ACN 146 596 116 AFSL 416755. This is general information only and not personal financial advice. All investments have risks. Performance is not guaranteed. Read the PDS at www.vaneck.com.au and speak to a financial adviser about whether ESPO is right for you. 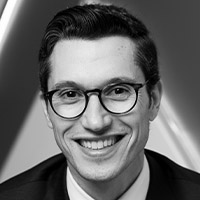