A moral and financial imperative

The Juukan Gorge case has brought the issue of human rights and corporate risks into sharp focus. The ongoing fallout from the controversy shows that the case for respecting Indigenous peoples’ rights in corporate affairs is both moral and financial. 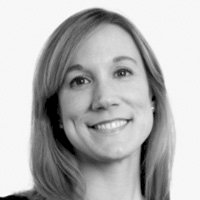 In May, mining company Rio Tinto destroyed a group of rock shelters as it began to develop an iron-ore mine in Western Australia’s Juukan Gorge. The company had received legal permission to mine the site and had previously made efforts to consult with the traditional owners, the Puutu Kunti Kurrama and Pinikura (PKKP) peoples.

However, the destruction of the shelters resulted in public outcry. The site was considered by many to be of immense cultural significance, and archaeologists had recently found further evidence of 46,000 years of continuous human habitation there. The incident sparked further investigation into the events leading up to it, with reviews and inquiries currently ongoing.

Legal protection for Indigenous peoples’ rights tends to be weak. Indigenous lands are often handed down through many generations and administered through “customary tenure”, but governments in many countries recognise only a small portion of this. Just 10 per cent of Indigenous people’s landownership is currently recognised by national laws.

While the moral case is by far the most important, there is also a sound financial case for respecting the rights of Indigenous peoples. As with other environmental, governance and social (ESG) issues, the risks arising from conflict with Indigenous communities can seriously affect a company’s long-term prospects. Legal repercussions are not the only risk that companies face in this regard; others include adverse media coverage, reputational damage and project delays.

The costs of community conflict
In this regard, Energy Transfer Partners (ETP) provides a pertinent example. This July, a US Federal Court ordered the gas company to shut down its Dakota Access Pipeline pending further environmental review. The ruling was seen as a victory for the Standing Rock Sioux Tribe, through whose ancestral lands the pipeline runs. The tribe objects to the project because of fears that it could contaminate local water sources on which the community depends. Although ETP is considering an appeal, a permanent shutdown appears a real possibility.

That would be a major blow for ETP. The Dakota pipeline currently moves 570,000 barrels of crude oil per day. A year-long closure could cost the company an estimated $330 million, and a permanent shutdown might add pressure on its investment-grade credit rating. The company’s unit price has performed poorly over the four years of the dispute. While there are likely to be a number of contributing factors, the controversy around the project has taken a toll. A study by First Peoples Worldwide and the University of Colorado Boulder estimated that the total costs of the pipeline were at least $7.5 billion – almost double the original projection – with a further $4.4 billion in costs for the banks that financed the project because of account closures and an additional $38 million incurred by taxpayers and other local stakeholders.

The scale of those costs provides sobering guidance for companies and a lens through which investors can view similar community conflicts.

Indigenous rights and our investments
At Aberdeen Standard Investments, we ask the companies in which we invest to follow best practice in three key ways.

First, where local protection for the rights of Indigenous peoples falls short of international standards or community expectations, companies should go beyond mere legal compliance. We expect all companies in which we invest to comply with local laws and regulations. But in many cases, laws and regulations are insufficient to protect Indigenous rights as agreed by the international community. So companies should not rely exclusively on legal structures to protect them from human rights risks.

Second, companies should incorporate additional standards into their operating systems. Here, best practice includes conforming to the UN Declaration on the Rights of Indigenous Peoples (UNDRIP) and adopting Performance Standard 7 of the International Finance Corporation (IFC). Although UNDRIP is not legally binding, it sets out the rights of Indigenous peoples and states’ responsibility to protect them. The IFC’s Performance Standard 7 requires companies to identify all Indigenous communities that may be affected by their projects and to obtain free, prior and informed consent (FPIC) over land use, aiming to avoid or minimise negative impacts.

Finally, we expect companies to be fully transparent about their approach and their progress. Their disclosures to the relevant stakeholders, including investors, should demonstrate their efforts, and they should report on how successful these efforts have been. They should also be open to engaging with investors on the topic.

This approach is a key component of our investment analysis. Companies must acknowledge and uphold the rights of Indigenous peoples – and investors have a crucial role to play by holding them to account. In doing so, we aim to work in the long-term interest of our clients, our invested companies and all of the communities with which we share the planet.

A moral and financial imperative 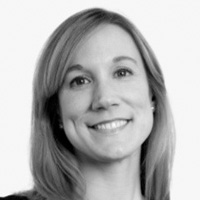