Finding opportunities in the crisis

While COVID-19 continues to cause a great deal of uncertainty, it is important to look for opportunities that allow investors to participate in growth where it can be found, and to capitalise on attractive valuations where there is strong technical support; be it from governments, central banks, markets or broader economic conditions. Investment-grade credit is more supported than equities
Large parts of the corporate world, particularly at the higher-quality end of the spectrum, are continuing to run their businesses and generate decent revenues. They are also benefitting from the ability to raise capital at attractive rates, which creates interesting investment possibilities. Investment-grade corporate bonds are particularly attractive, for three main reasons.

Firstly, investors may not be fully recognising the prospects of a slow economic recovery and periodic returns to lockdowns and restrictions on business activity, as we are currently seeing in some US states and parts of Spain. A slower-than-anticipated recovery would put pressure on profit expectations for companies, particularly in US equity markets where performance is strongly linked to profit growth. By contrast, the hurdle is lower for corporate bonds to perform; they do not need a swift return to outright profit growth as long as issuers remain creditworthy.

Secondly, there is an important distinction between the assets central banks are explicitly willing to purchase and those that may benefit from a more indirect effect of monetary policy or low-interest rates. Central banks are willing and able to go further than ever to support economic activity and stabilise financial markets. Their asset purchases provide more serious support for corporate bond markets than equities.

Although a low interest-rate environment can be positive for stocks, this is more likely when there is strong visibility on earnings, but less so where earnings are volatile. A low long-term discount rate may then become secondary to the volatility in earnings expectations. By contrast, the facilities put in place by the US Federal Reserve (Fed) and the European Central Bank (ECB) to buy investment-grade corporate bonds outright are a direct source of support, even in times of earnings volatility.

This was recently illustrated when the Fed provided additional guidance on eligible bonds for its purchasing programme. The rules state it can only buy securities that belong to a recognised market index, which until then had been understood to cover index products such as exchange-traded funds (ETFs). In its complementary guidance, the Fed provided a much broader list of securities, defining this list as an index and effectively making the entire list eligible(1).

This significantly increases the scope of assets the Fed can purchase. In principle, it means the facility, which could purchase up to $250 billion, is no longer restricted to the perhaps $50 billion worth of assets available in the ETF market. That is a material change, specifically supporting investment-grade corporate bonds(2) (3).

The third reason is that valuations remain attractive despite the unprecedented level of support, in part because issuance has remained high as central banks ensured companies were able to continue accessing the market. Global investment-grade corporate issuance reached $2.8 trillion in the first half of 2020, up 39 per cent over 2019 (source: Refinitiv).

Despite the risk of downgrades and the accompanying risk premium, there remains scope for a material tightening of spreads given Fed support and the prospect of a halting and modest economic recovery. The last time spreads were this high was in late 2018, after which corporate bonds rallied significantly throughout 2019. Although past performance is never a guarantee, being able to buy at similar valuations today looks attractive.

Our preferences are fairly global at this stage; partly reflecting the global nature of the support, and partly the fact that easing in one region typically tends to increase purchases in another. For example, past experience suggests that asset purchases by the European Central Bank tend to increase the attractiveness of US corporate bonds for European investors. In addition, as the Fed funds rate has fallen, so has the cost for non-US investors of hedging US investments. Fund flows are becoming more globalised, which is supportive of the global investment-grade market.

Prospects in Europe
We also see opportunities in Europe for two main reasons. The first is that European monetary, and to an extent fiscal, policy has moved aggressively to support growth generally, but also to meet the specific challenges of peripheral countries (most obviously Italy).

The ECB is maintaining its asset purchase programme and subsidising banks to continue lending to the real economy through the Targeted Longer-Term Refinancing Operations (TLTRO) initiative. Banks that provide evidence they are expanding their lending can receive TLTRO funding at a negative interest rate. This is supportive of the banks themselves and overall credit availability.

After an initial communication misstep when ECB president Christine Lagarde said the bank’s job was not to tighten spreads(4) – meaning not to support peripheral European issuers – these moves send a strong message backing capital markets and borrowers in Europe.

In addition, we see two potential upside catalysts. Neither is guaranteed, but we don’t think markets fully recognise their importance.

Firstly, European governments have been bold in their management of the coronavirus. Following strict lockdowns, we have seen coordination between countries on issues such as joint procurement of equipment and cross-border travel. The region’s efforts to implement track and trace, particularly in Germany, have been as credible as anywhere in the world. Although no one would be foolish enough to declare victory over the virus, European countries have benefited from their robust and relatively coordinated approach and have – so far – managed to contain new outbreaks. The opening of tourism is a risk, but European management of the virus makes it unlikely we will revisit the kind of reproductive rates (which were above three) seen in March and April, due to improved, if still imperfect, testing and tracing.

The contrast with other parts of the world is instructive. Nothing is guaranteed, but Europe is handling the pandemic relatively well. This may turn out to be an upside catalyst for European economies on a competitive basis, and as they manage the recovery.

Europe’s other potential upside catalyst is the €750 billion recovery fund, dubbed Next Generation EU by the European Commission, which could involve some indirect transfers from richer EU countries to poorer ones. Over the last decade or more, one of investors’ biggest concerns about the euro area has been that it wasn’t sharing fiscal resources in a way that supported weaker members in times of stress. Though negotiations on the recovery fund are ongoing, this initiative, driven by France and Germany, creates an important precedent in showing commitment to bring Europe closer together(5). The consequences remain an upside potential rather than reflecting the central scenario, but the possibilities are worth exploring.

Implementing our European views through Italian government bonds and the euro
Italy undoubtedly faces challenges, including a high debt burden and a particularly hard-hit economy due to the severity of its lockdown. Having said that, the ECB’s combination of direct purchases and support for the banking sector is positive, and the European Parliament has agreed on capital relief for losses on sovereign bond holdings(6). The European recovery fund also demonstrates the EU’s appetite to show solidarity, and it is difficult to imagine the rest of Europe standing by if Italy seems to be in trouble with regard to funding.

As of 30 June 2020, 10-year Italian bond spreads versus 10-year German bunds were at 176 basis points. We do not expect it to diminish to zero, but given the amount of support now on offer, seeing that spread tighten by 30 or 40 basis points is conceivable. As a result, we have allocated to Italian bonds, having been neutral on them for some time.

We have also implemented our view on Europe through currency exposure. Having been long US dollars and short sterling, we changed our position to be long euro and short sterling instead. The first reason is that recent US dollar strength, combined with concerns around the way the US is handling its coronavirus crisis, creates a more neutral case for holding dollars.

Second, the UK continues to face challenges, including a lack of clarity on its lockdown exit strategy. The Bank of England has announced increased asset purchases and stated a willingness to consider negative interest rates – perhaps in recognition of these difficulties(7). The outcomes of Brexit negotiations also remain uncertain. That is not to say Brexit must end unhappily, but if things turn out badly for the currency, it may be by a bigger margin than if they turn out well.

In light of this, we still have concerns over the value of sterling but are positive on the euro. It has struggled for a long time due to Europe’s longstanding economic weakness and concerns over the stability of the euro area. If those concerns diminish, it could support the currency. After a decade of negativity around Europe and the euro, a shift in investor sentiment could be an important driver of valuations, both for Italian bond markets but especially the euro.

7. Camilla Canocchi, ‘Machine gun or big bazooka? The Bank of England considers up to £150bn more quantitative easing to save the economy as job losses rise’, This is Money, June 16, 2020

Finding opportunities in the crisis 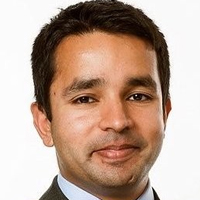