Many listed infrastructure assets have proved resilient in the face of volatile markets during the first half of 2020, demonstrating this asset class’ diversity and defensive characteristics. While some types of listed infrastructure have suffered during the COVID era, there have also been some very bright spots. For example, airports were hit hard, but mobile towers and utilities providers were well positioned.

In terms of investor behaviour, we saw small outflows from the global listed infrastructure funds we managed in March, but this was reversed by new inflows since April. Many investors have viewed the downturn as an opportunity to increase their exposure to real assets, and to de-risk their portfolios away from equities.

We also expect dividends from infrastructure to remain relatively resilient, estimating that dividends will be down by around 10 per cent this year. This shows the sustainability of infrastructure income when compared to equities.

Utilities have remained in demand, given they are essential services, and should provide good opportunities going forward. As we look at the world in front of us, we expect that it will be defined by a struggle for growth and a long period of low-interest rates.

At the same time, the world is set to accelerate towards renewables. With all these factors, utilities are well positioned for delivering a potential 3-4 per cent yield, and on top of that there is potential for 5-8 per cent annual earnings growth, driven by repair and replacement of old technology, including a move to renewables.

In fact, many sustainable infrastructure assets have proved their worth during this period. We believe that a focus on ESG doesn’t compromise returns and can actually provide a more defensive and better risk outcome. We manage a dedicated Sustainable Listed Infrastructure Strategy which has shown good performance through this period.

Toll roads were unsurprisingly impacted in the short-term by lockdowns in many countries, but have started to recover.

These assets have historically been a defensive asset with stable volumes and high margins. However, unprecedented lockdowns changed the profile of toll road traffic and the lower demand led to a sell-off. We think that toll roads have been mispriced since that time, and that falls of up to 30 per cent were an overreaction.

Already we can see usage returning to normal very quickly. As people have gone back to work, we are seeing them avoid public transport because of the health risks, and so a preference for private travel may see an increase in the short to medium-term recovery phase.

By contrast, we expect airports will have a longer recovery period. Domestic flying will return first, then regional – such as within Europe or Australia and New Zealand. However, the high-value customers are international. Compared to domestic, they pay up to three times more to land and spend five times more once they arrive.

As a result, we are forecasting at least a three-year recovery period for this type of asset. Pre-COVID, we believed airports had been overpriced, and so, even after recovering, we expect their value will be reset at a lower point than before.

We have been a long-term investor in mobile towers, which are performing well. We have liked mobile towers for the past eight years, and they have benefited from the short-term demand of the lockdowns as well as longer-term trends such as the move towards 5G technology. We have seen growth accelerate from 5-6 per cent revenue growth in recent years to 6-8 per cent as a result of some of the trends we’re seeing.

Overall, listed infrastructure has proved to be a defensive and diversified part of investor portfolios in 2020, and we expect the asset class to continue performing this way. 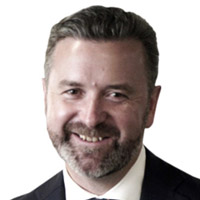