An industry ripe for disruption

As the world begins to reopen following unprecedented periods of lockdown and quarantine, investors are analysing the potential trends and impacts from the COVID-19 pandemic. 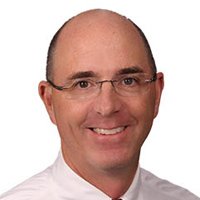 One area under scrutiny is the real assets sector – an area typically known for its diversification benefits and inflation-hedging characteristics. Unfortunately, the asset class has also become nearly synonymous with volatility and underwhelming returns in recent years. The current environment is no exception as various commodity prices have collapsed in line with decreasing demand and rising inventories.

For those investors focused on the power generation sector, the broader market offers little comfort. With collapsing economic activity – fewer people working in offices, patronising restaurants and frequenting retail stores – there has been less overall demand for electricity. The International Energy Agency projects global electricity consumption to decline by 5 per cent in 2020 compared with 2019. This would represent the largest annual decline since the Great Depression and is eight times greater than the demand drop-off experienced in 2009 following the global financial crisis. This has led to lower electricity prices, which have made it more difficult for high-cost conventional generation methods to remain viable. Of course, investors would assume that such issues apply to all power generation methods, but the resilience of the renewable power sector has surprised many. The question is: why has it not followed the same path as other sources?

The answer to this question may lie in longer-term trends that were developing prior to the COVID-19 crisis, some of which have actually accelerated over the past few months.

The growth of renewables pre-COVID-19
Even before COVID-19, the world had been undergoing a shift in power generation from older conventional methods, such as coal, to alternative sources, such as natural gas and renewable energy (solar and wind). According to the US Energy Information Administration, coal represented 49 per cent of net electricity generation in the US (measured in megawatt hours) in 2006. This compared with natural gas at 20 per cent, while renewable energy sources provided a mere 1 per cent of the power generation mix. At the end of 2019, the power generation mix in the US had shifted such that coal declined to 23 per cent, while natural gas experienced a meaningful increase in contribution (now at 38 per cent). But it was the robust emergence of renewable energy as a significant provider, at 10 per cent of the overall share, that has captivated investors.

What caused this massive change in the energy landscape and why have renewable sources, in particular, captured such a meaningful market share in a relatively short time period? The simple answer is that renewable energy has become much more cost-competitive relative to other traditional generation methods, largely due to advancements in the underlying technology and development process. For example, costs for solar and wind projects have fallen to $20-$30 per megawatt hour (MWh) compared with a decade earlier when costs exceeded $100. As such, these renewable methods are increasingly displacing the more expensive, although traditionally important, methods of power generation (e.g. coal-fired power plants).

While we know that renewable energy has been buoyed for the past decade by a combination of government subsidies known as production tax credits (PTCs) and investment tax credits (ITCs), it is now clear that these credits served to incentivise and help early players enter the industry and innovate further. PTCs and ITCs were intended to reduce costs to a point where renewable power generation could eventually compete with conventional methods once the subsidies rolled off, which is where we find ourselves today. Furthermore, renewable power assets, as elements of critical infrastructure, have served as defensive assets during this period of volatility – particularly those with long-term power purchase agreements (PPAs) that have contracted cash flows over extended periods of time.

An industry ripe for continued disruption – a private capital opportunity
With the subsidy incentives and advancements in renewable technology, there has been a wave of capital entering the sector to capitalise on this industry shift, especially at the smaller end of the market. This has resulted in an unnatural ownership base as well as a high degree of fragmentation – not only are these owners unfamiliar with operational best practices in the renewable energy sector, but there are also many of them.

At the intersection of an unnatural ownership base, a high degree of fragmentation, and an industry in transition, there is the robust opportunity for sophisticated players who have specialist experience in this subsector to consolidate these smaller assets at attractive prices. Private capital in the natural resources asset class is well positioned to finance the acquisition and aggregate in the lower-middle market, where large investors may not be willing to spend the resources.

While many financial markets have benefited from the longest bull run in history following the global financial crisis, much of the real assets sector has been operating in a more challenging environment for the past eight years. Renewable power remains an exception. And, given the aforementioned favourable trends, many of which were well underway prior to the current crisis, it may prove more resilient and more durable than previously thought. Furthermore, it is possible that long-term, patient investors – such as those within private equity – can capitalise on specific inefficiencies that have hindered greater growth in operating performance.

An industry ripe for disruption 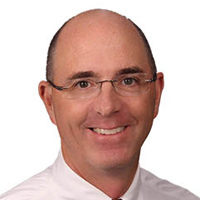