The extraordinary environment in which we’re living, after a decade of ultra-low monetary policy stimulus and sustained economic growth, has been compounded more recently by the onset of the COVID-19 virus and the consequent additional massive fiscal stimulus and other supports. Share prices have been driven even higher both locally and globally by hopes of a quick return to normality once the virus has been brought under control and by the huge amounts of liquidity in the system. This has been a significant driver of activity, particularly at the speculative end of the market. Given all this stimulus and interest and rental deferrals, however, the economic outlook going forward remains uncertain.

We remain, however, confident that at some stage soon the sharemarket will begin to value companies more according to their intrinsic fundamentals, and that correspondingly, investors will again benefit from a consistent, value and quality-focused approach to investing in Australian companies, which has rewarded investors over longer time frames. To us, the huge speculative bubbles that we are seeing all around the world with stocks such as Tesla and Afterpay are a clear indication that we may be about to enter a period in which  a fundamental approach will again literally prove its value.

The following graph shows the extraordinary spike in Tesla’s share price in the first half of this year, for instance, which as the accompanying table shows, appears hard to justify on the basis of recent underlying fundamentals such as revenue and earnings when compared to fellow carmaker Toyota.

The effects of the COVID-19 pandemic have prompted levels of government intervention in the economy and support for economic activity and employment which have been unprecedented in our lifetimes. This has had some side effects which have also had a significant influence on the way the sharemarket and some segments of the investing community have behaved this year, and on the share prices of momentum-driven stocks.

The pandemic prompted unprecedented market participation both in Australia and in the US by people who suddenly found themselves with a lot of time and money in their hands (from government handouts!). This has contributed further to driving the prices of many prominent stocks to arguably even more unsustainable levels.

In the US, popular stock trading app Robinhood which charges zero brokerage has seen a jump in active users from 10 to 13 million in the last few months. Much of this growth has come from Millennials, many of them first-time investors attracted by widespread coverage in both traditional and social media of apparent opportunities in the sharemarket.

This has produced a wall of “hot money” which has further pushed up the valuations of trendy sectors such as “buy now, pay later” companies, as well as supporting the already very rich valuations of many companies in other sectors. Much of this trading activity has also flown in the face of conventional market wisdom. In the US, the most popular stocks traded on Robinhood in June, for example, were Carnival Cruises (a cruise line unable to provide cruises for a while yet), American Airlines (an airline unable to provide many flights), and Hertz (a bankrupt car rental company!). Gavekal Research has described the latter phenomenon as an example of “the insatiable retail appetite for the equities of bankrupt companies with zero intrinsic value”.

Here at home, recent sharemarket trading activity has shown similar traits. The Australian Securities & Investments Commission (ASIC) released data in May showing a surge in average daily market turnover by retail brokers from late February to early April from $1.6 billion to $3.6 billion, as well as a sharp increase in the number of new trading accounts and a resumption in trading from a large number of previously dormant accounts. Retail investors have also been trading more frequently, attempting to profit from buying and selling around short-term share price movements.

This has all helped drive companies like Afterpay, WiseTech Global, Openpay, Sezzle, and Zip Co to ever-dizzier prices and eye-watering valuations and multiples which appear to defy rational analysis of their fundamentals. Afterpay, for example, touched $70 a share in early July with an implied market capitalisation of $20 billion, a pretty rich valuation for a company which has yet to make a profit. Compare this with a solid global, well-established industrials company like Brambles, which has a long-established history of earnings and reliable payment of dividends now valued at $16 billion.

This environment has been extremely challenging for value-style fund managers focusing on investing in companies with real and recurring earnings, a strong competitive advantage run by experienced and capable management teams and which have a proven ability to grow their earnings, rather than chasing market momentum or the latest fad.

Outlook for the value-style approach

As we begin the new financial year, we have entered a period in which although the sharemarket recovered strongly in the June quarter, the overriding issue is that much of the economy in many parts of the world is still in something resembling a rather unreal state of “suspended animation”. The government supports will remain in place for at least the next three months and may be extended further; while banks have deferred many home mortgage payments; and many small businesses and property renters have negotiated payment reductions. While this has helped greatly reduce the current economic pain for many businesses and individuals in the short-term, these policy settings are unlikely to be extended permanently. Consequently, it’s still hard at this point to understand what “normal” will look like for many sectors of the economy.

Households now account for a very substantial proportion of economic activity. In a period of prolonged economic slowdown likely to follow reduced government support, high consumer debt, higher unemployment, and the resulting reduced consumer spending power are likely to combine to weigh heavily on economic activity and corporate earnings for a while. The banking sector, for example, is unlikely to be as profitable as it has been in recent years, with lower credit growth and lower net interest margins as well as an increase in bad and doubtful debts likely to pressure the banks’ profitability for the foreseeable future. This will lead to a lower return on equity and a not insubstantial reduction in dividends compared to what many investors have become accustomed to receiving. In this environment, it will be more important than ever to invest in companies which have proven sustainable earnings.

The coming period of likely economic slowdown will also be an important test for the management of many Australian companies. A recessionary environment is the time when good management really stands out. Many of the companies we have spoken to during the lockdown are taking a very cautious view of their outlook and are actively seeking to reduce costs or defer or cancel capital expenditure (which itself will have implications for their future growth and ability to increase their future earnings).

In this environment, we believe that the recovery period will be a lot more prolonged than many may be expecting. Household income growth is likely to remain tepid. Corporate earnings growth is likely to be more modest with dividends likely to assume a greater significance in the appeal of listed companies. Volatility is also likely to return to the sharemarket as investors start to question how quickly the profitability of many companies will get back to their pre-virus levels.

We also strongly believe that reliable income streams are going to be a more significant factor in valuations in the years ahead. In an environment where interest rates are going to stay low for a long time, companies listed on the ASX that offer good and sustainable dividend yields are going to be well supported for an extended period.

This environment is consequently likely to be much more favourable to the kinds of stocks value managers favour, and in particular to businesses with real earnings, rather than companies which may (or may not) become profitable at some point down the track. Afterpay and WiseTech may have been able to achieve growing revenues to date, but they are unlikely to have an identifiable pathway to sustainable profitability during a period of subdued economic activity.

How IML is currently positioning its portfolios

All of this is why we believe it will be more important than ever for investors to make sure that they own quality companies that produce real and recurring earnings, have a strong competitive advantage, are run by experienced and capable management teams, and can generate long-term earnings growth.

In this environment, there is likely to be greater sector-by-sector and stock-by-stock divergence, meaning that individual stock picking will be the key. We are consequently positioning our portfolios to focus on companies which are not dependent on a V-shaped recovery, which are reasonably valued, and ensuring that our portfolios are diversified across sectors and companies we believe will generate sustainable and proven earnings going forward.

At IML, we continue to carefully assess the likely demand outlook for each industry in a lower growth environment, as well as the outlook for the prices of goods and services within each industry. Lower prices can have a significant impact on profitability, particularly in a lower demand environment. We are also looking for factors that can help companies improve their bottom-line outcomes, such as where a company can increase its market share if it has weak competitors, or where it has the ability to cut costs to drive productivity. We are closely examining balance sheets, as it’s particularly important for a company to have a strong balance sheet given the current economic uncertainties. We also remain on the lookout to add to companies we believe are well positioned for the next three to five years, that are trading at what we believe is a reasonable price, and where we are confident that earnings and dividends are likely to be resilient over the next two to three years.

Over full historical cycles, our investment approach of anchoring our portfolios with high-quality companies with strongly defensive characteristics, low portfolio turnover, and tax-effective income streams managed by a well-resourced and experienced investment team has proven itself to work most effectively to deliver sustainable capital growth and income for investors over longer time periods.

Time and again, commentators have written off a particular style of investing or asset class on the basis of an extended period of underperformance, only for mean reversion to eventually occur and for that investment style or asset class to return to favour.

Research Affiliates has described these as “nowcasts”, or the practice of explaining what has already happened as if it is a forecast of the future. The past few years have not been kind to value investors. We believe the next few years could well show us how premature it would have been to write off value investing.

While the information contained in this article has been prepared with all reasonable care, Investors Mutual Limited (AFSL 229988) accepts no responsibility or liability for any errors, omissions or misstatements however caused. This information is not personal advice. This advice is general in nature and has been prepared without taking account of your objectives, financial situation or needs. The fact that shares in a particular company may have been mentioned should not be interpreted as a recommendation to buy, sell or hold that stock. 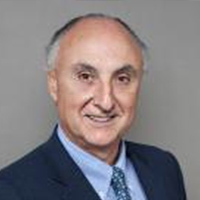