Rio Tinto was praised for its attempts to embrace Indigenous land rights, and was rated the top mining company in Corporate Human Rights for two years running in 2018 and 2019. One year later,  it legally blew up the 46,000-year-old cultural site at Juukan Gorge in Western Australia’s Pilbara. Clearly the way we assess a company’s sustainability and environmental behaviour and our cultural heritage legislation needs to change. In particular, there is a case to strengthen the recognition of Indigenous peoples’ rights and culture in ESG (environmental, social and governance) scoring systems.

Familiar to the finance sector and aiding investors to rate companies, an ESG score is a report card for publicly listed and large private companies where they are rated for their environmental, social and governance performance. The environmental rating might include issues such as climate change, CO2 emissions, oil spills, carbon intensity, water use or the adoption of an environmental management system. A social rating may cover issues such as health and safety incidents, the number of fatalities, work diversity, and community engagement. A governance rating covers an organisation’s board composition, its audit committee and whether it has a good governance system overall.

Indigenous concerns around sacred sites will not be reflected in a company’s ESG score since only a few indicators measure Indigenous issues and the scores are diluted in the aggregation process. Rio Tinto’s destruction of the culturally significant rock caves was technically not an infringement because the courts had ruled in its favour through section 18 of the Aboriginal Heritage Act 1972 (WA).

In its actions the mining company decided not to take the matter of cultural and archaeological significance seriously because it was legally entitled to blow up the 46,000-year-old caves. It may change its mind following the global backlash severely denting its reputation. But they might only see this as a temporary public relations setback.

In any case, Australia needs to do more to save its culturally significant sites.

There needs to be stringent measurements in relation to the ESG indicators for companies that cover Indigenous issues and rights. This way investors have clear insights into these companies and whether their ESG performance stacks up.

We need to broaden the engagement with Indigenous communities and ensure that mining companies work within social licence to operate strategies beyond what is legally right or wrong. Each mining site with cultural significance needs to be reviewed. Companies should also review their board diversity and include an influential Indigenous community director on its board with the power to review and advise.

Or better still an independent body that acts as an Indigenous cultural guardian with legislated powers to veto mining in sensitive areas.  This needs to be driven by state and federal governments and not companies themselves.

(Rio Tinto’s attempts in past weeks to recruit prominent Indigenous academic Marcia Langton failed. The mining company also announced to the London and Australian stock exchanges it would “seek input” from and “be informed through engagement with Indigenous leaders”.)

Culturally significant sites must be left untouched and unexplored as they form important parts of Australia’s culture and history and will otherwise be lost forever.

Rio Tinto was praised for its attempts to embrace Indigenous land rights, and was rated the top mining company in Corporate Human Rights for two years running in 2018 and 2019. One year later,  it legally blew up the 46,000-year-old cultural site at Juukan Gorge in Western Australia’s Pilbara. 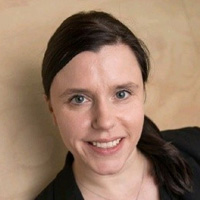