Is silver poised to join big brother gold in a bull market?

Sitting between its precious metals siblings and its blue-collar industrial metals peers, silver has always had a bit of a split personality. 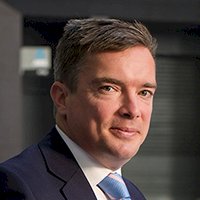 It has both the precious-metals investment and jewellery story that gold has; but far more than gold, silver also has wide industrial and technological application. Its gamut of uses is broadening, with increasing demand from the renewable energy sector, where silver is a major constituent of solar photovoltaic (PV) panels – being an excellent conductor of both heat and electricity – and is also being used in wind turbines and batteries.

With solar power generation expected to nearly double by 2025, this sector is projected to remain an important and consistent source of industrial demand for silver over the next 10 years, while underscoring silver’s role as a green metal, according to silver industry association, The Silver Institute.

And on the sustainability front, there was further good news for silver in March, when researchers at Samsung unveiled a solid-state battery that for the first time used a silver-carbon composite layer as the anode, with the potential for increased energy density in a smaller package and enhanced safety compared to conventional batteries currently available.

David Holmes, senior vice-president at German-based precious metals refining group Heraeus, expects “explosive growth” to come from auto-sector demand for silver, as the world shifts away from internal combustion engines (ICEs). Mr Holmes says that EV and hybrid electric vehicle (HEV) passenger cars use up to one ounce of silver each, compared to about half-an-ounce in ICE vehicles.

This is on top of industrial demand for silver within the electronics sector being projected to double over the next 15 years.

Government stockpiles are at historic lows, with only the US, India and Mexico warehousing significant inventory. One reason for this is that silver is no longer used for coinage, and hence, is becoming less of a financial asset.

Exchange-traded funds (ETFs) globally hold around 500 million ounces of silver and this has been reasonably stable over the past seven years, despite silver’s lessening role as an investment asset.

Overall demand is at close to record highs, having grown 15 per cent since 2012. Demand from China is also at a record high, and continues to grow.

However, in the short-term, the impact of the economic slowdown on the back of the COVID-19 pandemic will curtail industrial demand for silver. The Silver Institute sees global demand declining by 3 per cent in 2020 – after a 0.4 per cent increase in 2019 – to stand at 963.4 million ounces. PV industry demand, which rose by 7 per cent in 2019, is expected to fall by 3 per cent.

This is where silver’s precious-metal status comes into play.

Usually, silver lags gold in the early stages of a bull market, but starts to move with more certainty later.

“Once (silver) moves, it really moves. We’ve seen it in 2010 when it went from $17 to $50 in the space on nine months,” Thomas Puppendahl, founder of Singapore-based investment and advisory firm Chancery Asset Management, told Kitco News in late June.

“Ingredients are in place for silver to finally outperform gold,” said Mr Puppendahl, who said that silver could go from $18 to $50 within the next three years.

Longer-term, Mr Puppendahl is even more bullish on silver, expecting eventually to see triple-digit prices for the metal. “It doesn’t take much to trigger a sharp move in silver because it is such a small market,” he said.

Whether this prediction is borne out or not, taking both silver’s investment and non-investment demand into consideration, we believe that the metal’s prospects look attractive in the current environment, and we encourage investors to consider silver more closely.

Is silver poised to join big brother gold in a bull market? 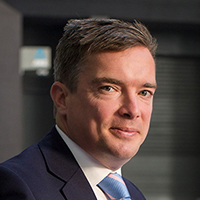