‘This time it’s different’: How the coronavirus crisis differs from other global slowdowns

Mark Twain supposedly said: “History doesn’t repeat, but rather it rhymes.” But while there’s no evidence whether the respected writer did or did not say this, the logic behind the statement stands. 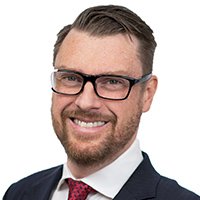 History tends to move in cycles – and often the cycles seem very similar.

It’s for this reason that the phrase “this time it’s different” is often met with scepticism from financial market professionals. The same scenarios play out time and time again in markets. It usually isn’t different.

So, are we taking a significant risk suggesting it’s different this time?

From one perspective, it’s very different. Economic slowdowns are not usually triggered by international governments voluntarily shutting down their economies.

Usually, it’s hard to state an exact reason for an economic slowdown.

The global economic cycle tends to move in a clear, traditional pattern, but with an apparent rhyme or reason.

The boom-bust cycle is very well known, but it’s often hard to see why a boom has started. Or why a bust occurs. More generally, it’s usually due to prices. Low prices create an opportunity which drives a boom which pushes prices higher. And then high prices create the bust.

On this occasion, however, it’s clear what has driven the shutdown. We’ve all agreed to it for the common good.

Even before the COVID-19 shutdown, Australia was dealing with the economic repercussions of the bushfires, and weak wages were dampening consumer spending. 2020 has been a year of unimaginable economic change.

The impact of this shutdown is potentially much quicker and deeper than previous economic contractions.

A study from investment manager BlackRock, published on 7 April 2020, suggests that the impact on the global gross domestic product, or GDP, is likely to be much steeper in its first months when compared with the global financial crisis.

Australia didn’t experience an economic downturn on the same scale as other global markets in 2008.

To combat COVID-19, the government has introduced extreme social distancing measures that have seen the economy go from peak to trough in less than three months.

Even if the economy takes some time before we see any improvement, this particular slowdown will be very different from previous economic contractions.

Like other global slowdowns, this economic contraction is likely to accelerate many changes that were already in place beforehand.

International newspaper The Economist, in its 11 April 2020, edition, said the impact of COVID-19 is likely to have three major effects on the global economy.

First, globalisation, which has already been pressured by rising nationalism over the last decade, might see a further retracement from its previous position as the dominant way of economic thinking.

Geopolitical events like Brexit, or the US-China trade wars, have shown that the “globalisation is good” mindset that existed for the last 30 years is no longer the default position.

Also, the initial impact of coronavirus in China saw many businesses rethink the benefits of having only China as a vital component of their supply chains. Instead, the new focus is having a diversity of geographic resources and locations.

Our internal research has found an increasing focus on local markets as well.

In our FX Barometer research project, we found that Australian businesses were already looking to the domestic market at increasing rates, as political tensions hit hard across the region (Western Union Business Solutions FX Barometer, April 2020).

The second major change has been the increased impact of technology on our lives.

Of course, we’ve all been coping with videoconferencing calls and instant-messaging services as working from home becomes increasingly common.

The question remains, however, what will work look like after six months of working from home?

Even as Australia gets back up and running, the “new normal” may become ingrained, and a return to the old ways of office life might seem unthinkable to many.

This follows similar changes after the significant sell-off in 2001 that saw an increasing focus on counterterrorism and surveillance after September 11.

In any major economic slowdown, more vulnerable companies can struggle while better-positioned businesses can find themselves able to take advantage of opportunities.

As we have seen in previous slowdowns, smaller businesses can find themselves at the mercy of larger companies – either competitively or from the perspective of takeovers.

As The Economist notes, a “consolidation of economic power into the hands of giant corporations” remains a major potential change as a result of the coronavirus outbreak.

As many businesses across Australia begin to reopen, it doesn’t automatically equate to an upswing in economic growth. While we’re in a better position than most, there is still a long road ahead to recovery.

So, is this time different?  Yes and no.

The sudden shutdown of global economic activity is unlike any other time since World War II. Like WW2, this shutdown has been driven by government intervention.

Unlike 2001’s technology bubble or the global financial crisis, it is consumers, not big business, that sees the greatest impact.

Like other slowdowns, the fact that major cultural and economic changes will be accelerated shows that economic cycles share similar characteristics.

And, most hopefully, like every other economic cycle, we’ll get through this one too.

‘This time it’s different’: How the coronavirus crisis differs from other global slowdowns 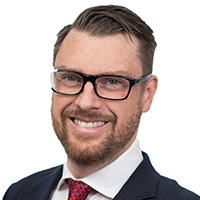