A shock to growth

While the interconnectedness of Asia’s economies was once a key competitive advantage for the region, the fallout from the coronavirus pandemic has left Asian economies vulnerable. 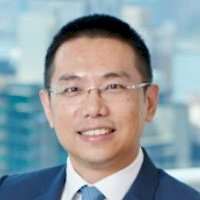 Within five months of the novel coronavirus being identified, it spread to more than 200 countries and territories and infected over 5 million people, disrupting financial markets and leaving the global economy stumbling.

Despite having contained the virus (at least the first wave) many Asian nations are realising the grim reality of vanishing export orders from developed markets and disrupted supply chains.

Trade and services impacted
While China was the first country infected by COVID-19, the virus has now spread across the developed world. The anticipated contraction in the US, eurozone and Chinese economies is set to weigh acutely on Asia through trade of goods and services.

Trade in services is relatively easy to quantify by looking at tourism, which accounts for the lion’s share of total services trade in Asia.

Thailand and Hong Kong have the greatest exposure to tourism in Asia (as a per cent of GDP) and face the risk of a wipe-out of tourism revenue for an extended period of time while travel restrictions are in place. Malaysia, Singapore and Vietnam also have a sizeable tourism sector, worth 5-6 per cent of GDP, while larger economies such as China, India and Japan are the least exposed to the disruption of tourism flows.

Compared to services, trade in goods is an even more important part of the Asian economy. While for many Asian countries much of the tourism flow comes from within Asia, the US and Europe are collectively much larger buyers of Asian exports. This suggests that the marked weakness in developed market demand could leave an extended scar on Asia’s exports.

Small, open economies, such as Hong Kong, Singapore and Vietnam, all have gross export values worth more than 100 per cent of nominal GDP. For Malaysia, Thailand and Taiwan, the share is over 50 per cent of GDP.

Exposure to supply chain disruptions
The reliance on external demand is one source of vulnerability for Asia as COVID-19 ravages the global economy. Currently a number of developed economies, including Australia, are reviewing their over-reliance on overseas markets for manufacturing and considering more local manufacturing of key goods.

At the same time, the supply side of disruptions can be equally damaging because Asian economies are moulded together in complex supply chains.

Despite the efficiency this creates in normal times, the collaborative process is now exposing countries to the risk of disruptions in one part of the supply chain, halting production for the entire system. The recent production shutdowns in China were a clear example of idiosyncratic shocks turning systemic for all those involved in the production process.

The disruption of supply to and from China’s economy has impacted a number of economies further down the production line, with electronics being the main sector impacted.

While some countries like Vietnam have outsourced and relocated to keep production going, there is still a lot of collateral damage to supply chains across Asia as distribution and delivery times are affected.

How big is the external demand shock for Asia?
With external demand set to contract faster and more deeply than it has in decades, Asian economies face a bleak outlook even if they manage to keep domestic virus conditions under control.

Our view is that the short-lived production shutdown in China means that the supply shock for the region will be dwarfed by demand disruptions. We expect the latter to add to disinflationary pressure in Asia that allows central banks to continue to ease policies this year.

We use two methods to quantify the impact of falling demand on the region. The first is based on the domestic value-added of exports, as opposed to gross exports, and the second approach makes use of the value-added exposure of Asian countries to final demand from US/eurozone/China.

Using the first method, our analysis shows that a GFC-like shock will reduce Asia’s growth by between 1.1 per cent to 13.6 per cent across the different economies, with a median impact of 3.4 per cent, and Hong Kong and Malaysia the worst hit. The more negative case will see GDP decline by 2-24 per cent, with a median drop of 5.8 per cent.

Under the second method, our results show that reduced US/eurozone/China demand will lower Asia’s growth by 4.2 per cent on average in a GFC-like case, and 6.4 per cent in the more negative case.

Combining both supply and demand exposures, we assess an external shock equivalent to that of the global financial crisis (GFC) would subtract regional growth by 2.7 per cent, while a worse-than-GFC shock could see Asia’s growth cut by 4.2 per cent.

However, our forecasts do not take into account extensive policy support provided by central banks and governments, which should offset some of the negative impacts.

Overall, the combination of supply and demand shocks will have an implication for inflation in the Asia-Pacific region. The China lockdown was short-lived, suggesting the duration and severity of the supply impact will be limited compared to the anticipated demand shocks. Therefore, we should expect muted inflationary pressures across the region that allows central banks to continue with policy easing.

A shock to growth 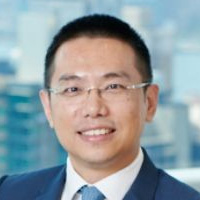