Getting on top of data management and storage requirements remains a challenge for the country’s rapidly digitising banking and insurance industry. 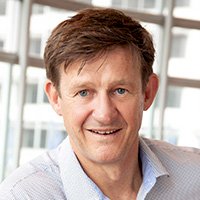 It’s not necessary to have an ear to the ground to know that Australia’s banks and insurance companies are spending big on technology upgrades to remain competitive in a market being transformed by digitisation.

NAB announced in 2017 it would put $4.5 billion over three years to the cause, while in August 2019, CBA reaffirmed its commitment to spending more than $5 billion on technology, in a bid to retain its position as one of Australia’s digital banking leaders.

Meanwhile, second-tier players are investing commensurately large amounts to ensure they too are able to stay in the game.

Institutions are aware that moving away from legacy systems, while simultaneously embracing new technologies such as analytics and artificial intelligence, is the only way forward. However, doing so without disrupting day-to-day business activities is seen as a major challenge, the report notes.

Superseded technology – it’s tough to do without

Why is it technically and culturally difficult for financial institutions and insurers to say adieu to legacy technologies whose day should, by rights, have well and truly passed?

One example is mainframe computers that remain at the heart of many banks. They might be technology that’s more than 50 years old, but they still work. Because they tend to support critical functions such as transaction processing, risking a switch to a new platform can seem like a brave move.

Because these old systems exist alongside new platforms supporting everything from internet banking to mobile apps, there has been a related increase in the fragmentation of data. This is because data held within one system is not readily accessible by others.

This situation invariably leads to an incomplete view of data and an inability to extract real value from it. Also, when data is comprised of multiple copies, and no one is sure which is the most up to date, businesses are forced to retain everything.

As more and more data is created at an ever-increasing rate, many financial services organisations deploy a patchwork quilt of infrastructure products in an effort to manage it all. Yet, because most of those products don’t fully integrate, management challenges just get worse by the day.

Effective data management is the key

Remaining in this situation can only be a viable strategy for so long. As old practices continue to be up-ended across the sector, institutions that aren’t actively embracing next-generation solutions in a strategic way may find the task becomes harder as time passes.

Yet, even then, customers may also find they are having to manage yet another data silo unless they deploy a data management solution that bridges on-premises systems and cloud platforms.

Adopting a holistic approach to data management can be the answer. Data management solutions that help transform data siloes into a single, valuable reservoir can create a solid backbone and it’s one that banks and financial companies are racing to create.

In an increasingly digital world, data is widely considered to be “the new oil”. It’s a red hot commodity whose exploitation will determine the prosperity and viability of businesses and organisations in all sectors, including those in the highly competitive financial services industry.

Success is heavily dependent on the effective organisation and management of that data – and that’s something that can no longer be left to chance. Australian finance and insurance firms that replace legacy storage solutions with a single, unified platform will find it easier to survive and thrive in a fluid and fast-changing business landscape. 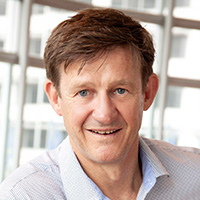