As lockdown restrictions across Australia start to ease, there remain crucial questions about the possibility of a second wave of infection, what shape the economic recovery might take, and whether markets have moved too far ahead and failed to take account of the full impact of the restrictions. 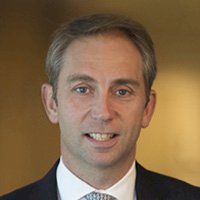 With this in mind, it’s useful to look at what is happening in the broader Asian region for some insights on what might lie ahead for Australia in the short-term, as well as to identify overarching themes and opportunities for investors.

Despite the near-term economic uncertainty facing Asia and the entire world, the long-term opportunities in Asia remain firmly in place.

The North Asian markets such as China, Taiwan, Korea and Hong Kong are the most advanced in terms of their post-COVID recovery, and have consequently outperformed the region (and the rest of the world) in recent months.

In particular, the pace and trajectory of China’s economic recovery will serve as an important bellwether for the rest of the world.

Although the nature and composition of the Chinese economy are very different to other economies, it is nonetheless a critical component of the prospects of the global economy.

This is particularly relevant for commodities, given China’s outsize share of consumption for key inputs such as oil, copper and iron ore. In aggregate the pace of recovery across most sectors and industries has typically been ahead of expectations.

In the near-term, concerns surrounding a potential break down of the phase 1 trade agreement concluded in December or a second wave of infections pose the biggest risks to the recovery and will need to be carefully monitored.

The other “growth engines” of the region, India and Indonesia, have both been significantly impacted by the economic contraction surrounding enforced lockdowns. While we ultimately expect the long-term growth potential in both countries to endure – at least partly due to their favourable demographics – near-term volatility is likely to remain high. The financial sector has been hit particularly hard in both countries with shares in a number of banks and non-bank finance companies (NBFCs) falling by over 50 percent.

On the other hand, across the region, sectors linked to domestic household activities, or the enablers of such activities, have done very well. As a result, equity market returns have been heavily skewed to a small handful of stocks that have typically become quite expensive.

Looking forward, over a medium-term perspective we would expect the return profile from markets to look significantly different. As was the case following the GFC, we expect there to be significant money-making opportunities across a range of sectors and markets that have been derated to excessively low levels on account of short-term fear and panic.

For investors, there are three main points to keep in mind:

For the most part, central banks and governments in the Asian region have been proactive with respect to their monetary and fiscal responses. Compared to many other developed market economies, monetary settings were far less aggressively positioned coming into the crisis, meaning central banks typically had more scope to respond. Similarly, the fiscal position of the Asia (ex-Japan) region is in a reasonable position to allow significant stimulus, and help maintain the economic recovery.

Overall, while near-term sentiment will remain heavily impacted by the pace of the global recovery from their respective lockdowns and concerns surrounding a potential second wave of infections, for investors there are still good opportunities. 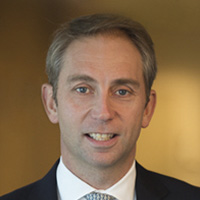