Bitcoin in the times of COVID-19 – will we see a new reserve?

When bitcoin started in 2009, it was touted as the currency of the future, where in a decade no one would be using traditional fiat currencies like the Australian and US dollars or euros. 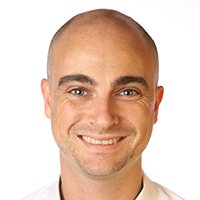 However, what we’ve observed in the Macquarie Business School research entitled “Why you don’t pay for coffee with Bitcoin” is that the size of bitcoin transactions has been substantially increasing through time.

In other words, people are not paying for their coffees in bitcoin. Rather, average transactions sizes being more than $10,000 have been skyrocketing.

Much like gold, bitcoin is not a convenient payment mechanism nor is it likely to replace the transactional utility of a typical currency.

Nobody wants to wait 10 minutes to know their bitcoin payment for their coffee has been approved – particularly after the invention of PayPass!

Our research shows that there has been a significant shift in the types of transactions included in the network.

In the early years of bitcoin, the majority of transactions were worth less than $1, and more than 90 per cent were for less than $100.

With the introduction of institutional investors, the majority of transactions are now $10,000 plus, with over 20 per cent of all transactions being for more than US$100,000.

A recent trend has seen much larger million-dollar-plus holdings, with bitcoin acting more as a store of value than as a transactional “currency”.

These changes are driven by the limited capacity of the bitcoin network – being approximately 2,500 transactions every 10 minutes. This allows larger transactions to “crowd out” smaller transactions in the network.

The increase in investment-style activity is likely driving demand for these larger transactions in the bitcoin network. Both holdings and transactions are increasingly dominated by large institutional investors (such as hedge funds) wanting to diversify their portfolios.

This diversification can be particularly important in times of extreme volatility, such as during the current COVID-19 epidemic. Bitcoin, similar to gold, has a low correlation (or beta) with the market. This makes it a perfect “safe haven” asset when traditional stores of wealth, such as equities, experience sharp declines in price.

And that brings me to the potential use of bitcoin by investors and governments in these uncertain times.

To counteract the economically damaging effects of COVID-19, many developed economies like Europe, Australia and the US are using quantitative easing “bazookas” to stimulate their flagging economies.

Effectively, these policies result in central banks printing money, distributing it within their economies through initiatives such as the federal government’s JobKeeper and JobSeeker.

Printing more money reduces the value of a country’s currency, to the point where some economies now have negative interest rates.

Such economic stimulus is inflationary, and is likely to lead to an “implicit” default on government debt – basically printing money to repay that which was spent during the COVID-19 crisis.

All this points to significant and ongoing inflation, devaluing currencies such as the Australian dollar, US dollar and European Euro.

To counteract inflation, many investors look for safe haven assets in which to store their wealth.

Gold has historically served as the perfect hedge against such uncertain times. Bitcoin might be another such asset.

To understand this deflationary nature, it is important to understand how bitcoins are created.

In 2009, a miner would receive 50 bitcoins for solving these problems (currently worth $600,000). However, approximately every four years, this block reward halves.

On 11 May, the third such halving event occurred, lowering the block reward from 12.5 to 6.25 bitcoins, every 10 minutes.

This change has halved the number of new bitcoins brought into existence every 10 minutes.

In fact, this halving process will continue until a total of 21 million bitcoins have been mined (around 2120).

In this way, bitcoin may represent an even scarcer resource than gold, given there is a hardwired maximum amount of this asset that can ever exist.

In an environment where we anticipate many new Australian dollars, US dollars and euros being generated, which will significantly reduce their value, we are seeing the opposite occurring in bitcoin with the number of new bitcoins generated everyday halving.

What COVID-19 has demonstrated is the fragility of the current system and the fiscal and monetary policy mechanisms that have historically been used to stabilise our currencies and economies.

Currencies like bitcoin really shine in these unstable times because they are not linked to any central bank, and their value can’t be destroyed with the stroke of a pen, as central banks can do with fiat currencies by ever-increasing the total money supply.

That’s simply not possible in bitcoin and that’s what many investors find attractive.

Governments, too, are viewing bitcoin with some interest, particularly with the movement of large investors into the network.

Canada and China have launched their own central bank digital currencies in an effort to emulate the ongoing success of bitcoin.

It might not be long before central banks with reserve assets like gold, US dollars and euros hold bitcoin as a new global reserve currency as well.

What you don’t want as a central bank is to hold assets that are going to rapidly lose their value.

In an era where we are seeing high inflation in countries that have been hit by the coronavirus, such as the US and Europe, it’s likely that those US dollars or euros held by the central banks as reserve currencies will lose their value the longer they hold onto them.

So, for both the Reserve Bank and traditional investors, diversifying into assets such as gold may limit the inflationary losses which are about to be foisted upon us due to increasing levels of inflation.

It’s very likely we’ll see continued increase in demand for bitcoin not just because of halving and its deflationary nature, but because investors see bitcoin as a tool to diversify the returns in their portfolio in these uncertain times.

Bitcoin in the times of COVID-19 – will we see a new reserve? 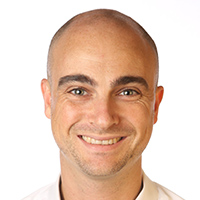