The (long-term) case for Japanese equities

I’ve previously made the case for HJPN being a great cyclical exposure, given its exporter tilt, leverage to the global business cycle and currency sensitivity. Despite secular headwinds likely to continue for cyclical and value-oriented exposures, I actually believe there is a strong case for a structural overweight to Japanese stocks over the next five to 10 years for reasons that have little to do with valuations or BOJ stimulus. 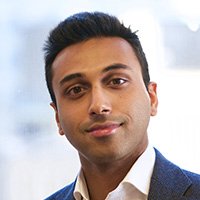 The reasons below might seem counter-intuitive upon first glance:

There is a common belief that Japan is over the hill and uninvestable. Since the collapse of the asset bubble in the early 90s, the Japanese economy has experienced stagnant growth, extended periods of deflation and several technical recessions. However, once we factor in the population decline, we see that GDP per capital has grown very respectably, indicating steady improvements in living standards and productivity gains over the past 10 years (outperforming Australia by this metric), and suggesting much of the poor economic performance was simply a deterioration in demographics.

It is true that the demographics are poor in absolute terms and Japan is much older than other economies. However, this is well known and what matters is the second derivative – how the rate of change evolves compared to other developed economies. Japan has already gone through “Japanification” and the rest of the world is likely to see a rapid deterioration of growth-oriented factors (population and productivity growth) as it goes through its own Japanification. Japan was fortunate enough to be very wealthy with a relatively equitable distribution of income and wealth before it got very old. The same can’t be said for other rapidly ageing countries.

Japan’s demographics don’t appear to be a selling point, but they’ve been dealing with a poor demographic outlook for a long time and have transitioned appropriately – relaxing immigration rules to tackle skills shortages in services sectors, accelerating automation in manufacturing and increasingly focusing on foreign markets.

I think a lot of people fail to realise just how big the Japanese real estate and stock market bubble of the late 80s was. According to Nomura, the destruction in national wealth from the bubble’s collapse was 300 per cent of 1989 GDP, which was well above the relative drop-in wealth in the US from the Great Depression (100 per cent of 1929 GDP). Given the magnitude of corporate borrowing that created the bubble, it shouldn’t have been a surprise that two decades of corporate deleveraging followed. The stock market was trading at a CAPE of nearly 100 in 1989, so a 80 per cent drawdown shouldn’t have been a surprise either. What was surprising is that despite such a fall in national wealth, real GDP still remained resilient, unemployment didn’t rise significantly, and economy never went through a deep depression (see chart from Nomura below). What safeguarded the economy against this corporate “balance sheet recession” was a combination of household dissaving and government borrowing, with the growth in government debt simply the mirror image of a growing domestic private sector savings pool and was easily absorbed. Household balance sheets were actually very healthy even during the bubble years, with savings rates close to 20 per cent, but have since fallen to around 4 per cent today (which isn’t surprising given the current share households comprised of retirees drawing on wealth stores and the pension).

Balance sheets of non-financial Japanese corporates are arguably among the healthiest in the developed world, with a large capacity for expansion in a way that’s EPS and ROE accretive. Although the Japanese corporate sector is still dependent on bank financing, the names in HJPN have unfettered access to capital markets directly and will be able to borrow in global corporate bond markets at very low cost. Given its shrinking domestic market and labour pool, “Japan Inc” has been forced to increasingly move offshore: not only focusing on selling goods to foreign markets, but also shifting manufacturing sites away from Japan (and often co-locating production to the end-consumer market). This means Japan’s current account surplus today is driven less by the trade balance and instead by income from foreign direct investment flowing back to Japan. Examples of this include car manufacturing plants based in the US and UK. This has allowed the shrinking labour pool and manufacturing talent to increasingly focus on the highest value manufacturing, such as robotics, while offshoring lower value-add manufacturing to other developed and middle-income countries with an ample supply of skilled labour (and less rigid labour markets).

COVID-19 and rising geopolitical tensions between the developed world and China have increased the likelihood of manufacturing being reshored. This will benefit Japanese firms on two fronts: 1) Plenty of manufacturing assets outside Japan are Japanese-owned and they will likely grow (as it creates manufacturing jobs outside Japan, everyone is happy), and 2) Increased onshoring in the US will likely increase the use of automation, which will benefit the Japanese robotics industry, a key supplier for global production lines. Let’s not forget Japan is the largest weight in RBTZ, at 43 per cent.

Although the US equity market received the most attention for its tech-led outperformance in the 2010s, Japanese equities also gave a very strong showing, beating out UK, eurozone and Australian equities, not just in absolute terms, but also relative to long-term government bonds. Among the major developed equity markets, only Japan and the US outperformed their respective long-term government bonds (10 years+) during the 2010s. This was also the first decade since the 1980s where Japanese equities beat long-term JGBs, which in my view is a huge development

During the height of the bubble years, Japanese equities comprised around 45 per cent of global market cap. The collapse of the bubble and deleveraging, a sluggish domestic economy during a period of rapid globalisation, and investor abandonment have seen that share shrink to just 7 per cent today (where it’s been for the past 10 years). With global growth becoming ever scarcer and demographic challenges escalating in the rest of the developed world and China, maybe it’s time to look at an underowned market that dealt with these challenges over the past 30 years and restructured its economy and corporate sector accordingly. The (long-term) case for Japanese equities 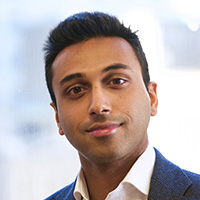