Emerging from the depths

Forecasting is difficult at the best of times. Amid a pandemic that has prompted governments worldwide to shutter their economies, it is doubly so. To guide our forward-looking decisions in these conditions, we must develop rigorous analytical frameworks to answer key questions using the strongest evidence. And we need to treat our forecasts as flexible anchor points – acknowledging uncertainties, articulating alternatives and updating our views as new information emerges.

Looking ahead, there are a few things we feel confident about. First, between February and May, the global economy will suffer an unprecedented contraction, with almost all economies entering historically deep recessions. Our best guess is that 2020’s decline in global output will be close to 9 per cent, more than three times that of the global financial crisis (GFC). But the decline could be anywhere between 5 per cent and 14 per cent.

Second, although the recession will be the deepest in 90 years, it should be comparatively brief. When lockdowns are removed, permitted activities will rebound. This “partial resumption” could entail much higher growth rates than typical post-recession rebounds, helped by aggressive fiscal and monetary easing that are helping ward off a disastrous solvency crisis. Overall, we expect the global economy to expand by a bit under 9 per cent in 2021, though the confidence intervals are also very wide.

The scale, duration and persistence of the shock will vary considerably by country. In Europe, Germany’s public health response has been far more effective than those of France, Italy and Spain. Similar divergences are playing out in the fiscal policy responses. While the US is usually regarded as the most dynamic of the large Western economies, its public policy response has been haphazard and disjoined. Congress’s failure to adequately subsidise firms has led to more people losing jobs in two months than gained them over the previous decade.

Australia and New Zealand have been very successful in keeping infections and deaths extremely low – but only by keeping the rest of the world out. Their household sectors are highly geared to housing markets previously underpinned by low unemployment and high immigration. So their recoveries look set to be grinding and painful.

Some emerging-market countries have been slow to respond to the health crisis (Mexico and Brazil), have under-resourced health systems (India and Indonesia) or are vulnerable to balance-of-payments crises (Columbia, Egypt, South Africa and Turkey). So far, most have been able to mount countercyclical monetary and fiscal actions. But mammoth increases in government debt issuance over the coming months will test that capacity and some increase in capital controls is likely.

Thinking more long-term, at least some permanent damage to global economic capacity and demand is highly probable. While most policymakers are doing everything they can, viable firms are already going bankrupt and valuable labour-market matches have ended. Both will weaken economies’ productive capacity for many years.

And because the crisis is becoming a leveraging event, demand will be suppressed by balance-sheet repair amid subdued income growth. Against a backdrop of ultra-low interest rates, higher corporate leverage will create more “zombie” companies, further weighing on productivity growth.

Historically, pandemics also usually lead to long-term rises in risk aversion, increasing saving and lowering investment. So this crisis is likely to reinforce the secular stagnation of the pre-pandemic environment.

Finally, the pandemic appears to be further fragmenting the global economic and policy order. The impetus behind globalisation was already weakening before COVID-19. Now voters and politicians are seeing the downside of long supply chains and dependence on foreign countries.

Together, our expectations imply that the trajectory of the global economy is most likely to follow a “reverse J” pattern or even a “Nike swoosh”. Beyond that, however, the certainties vanish. While some long-term effects seem obvious – like the acceleration of onlining and more resources being directed towards health systems – most are not.

Will future COVID-19 outbreaks be severe and widespread, or moderate and geographically isolated?

Will the crisis strengthen or weaken countries’ willingness to work together to overcome common challenges?

Will domestic fiscal support measures be kept in place for as long as private demand is constrained, or withdrawn quickly as after the GFC?

Will regulatory and policy responses increase or lower incentives for firms to innovate and be rewarded accordingly?

Arranging these questions in a decision tree provides 16 different long-term trajectories for the global economy. And this list is by no means exhaustive.

We have identified five main paths for the global economy over the next three years. While a ‘reverse J’ trajectory for global output is the single most likely outcome, the cumulative likelihood of all other outcomes is considerably higher. These range from a U-shaped pattern involving no permanent output losses to slower recoveries and much larger permanent losses than in our baseline. Overall, the risks are tilted to the downside.

Questioning the inflationary consensus
What of the pandemic’s inflationary consequences? Strategists have asserted that this will finally be the crisis that leads to an era of much higher inflation. The narrative is deceptively simple. To prevent a deep recession from becoming a depression, governments are racking up deficits rarely seen in peacetime. Because growing our way out of the resultant debt overhang will be impossible, inflating away its real value, helped by central-bank asset-purchase programmes, is the only viable escape route.

But think more deeply and the narrative becomes much murkier. Similar claims were made immediately after the GFC. Instead, that crisis opened up enormous amounts of spare capacity in the global economy. Combined with persistently sluggish demand and other structural forces, that put significant downward pressure on labour costs and margins. More than 10 years later, most countries’ inflation was still below central-bank targets.

Today, similar dynamics are at play. Although social distancing weakens the supply side of economies, it weakens the demand side even more. Also, the claims don’t align well with what central banks are actually doing. The objective of quantitative easing isn’t to finance budget deficits, but to loosen financial conditions when policy rates can’t go any lower. And deploying quantitative instruments have always been central banks’ bread and butter – as through open-market operations and varying the growth rate of the money supply.

Quantitative easing is just a natural extension of those actions. Could this eventually lead to central banks losing their independence and becoming subservient to government financing needs? Yes, which almost certainly would be inflationary. But is that more likely than the current crisis proving as disinflationary as the GFC’s aftermath? Absolutely not. Investors should be at least as worried about the world becoming more like Japan as about returning to the inflation of the 1970s.

Emerging from the depths

Forecasting is difficult at the best of times. Amid a pandemic that has prompted governments worldwide to shutter their economies, it is doubly so. 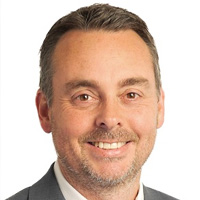