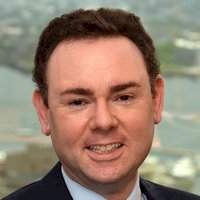 The surprisingly procyclical behavior of gold prices during the coronavirus crisis has renewed scrutiny of its widely perceived safe-haven status.

In March, as stocks were suffering one of their most violent sell-offs in the past century, the price of gold dropped $200, as much as 12 per cent. It subsequently rallied back to multiyear highs as equities rebounded.

Various narratives surfaced to explain the drop in gold during an episode in which many investors would have expected and greatly valued protection, including forced selling driven by margin calls and profit-taking.

In our view, however, those explanations largely miss the mark. Instead, gold’s recent performance is a reminder that the commodity’s safe-haven qualities during market stress (and its behavior more generally) depend on the particulars of the macro-economic environment, especially real interest rates and the US dollar, the currency in which gold is denominated.

Gold and the macro environment
Revisiting a few of gold’s salient characteristics helps clarify its behavior during the COVID crisis: it has essentially zero productive value and generates no income, but it is also scarce, durable, and portable. Those properties explain why gold has long been viewed as a good store of value, with expected returns that bear some relationship to inflation expectations.

As a result, its price is directly influenced by real returns available on other assets, including “safe” sovereign bonds, e.g., US Treasuries.

In 2019 and the first part of 2020, declining real interest rates helped push up gold prices. In 2019, nominal Treasury yields fell as the US Federal Reserve pivoted back towards easing to stimulate a softening economy and offset trade tensions. Inflation expectations remained stable, so real interest rates drifted lower.

This decline in real yields accelerated in the first two months of 2020 amid brewing concerns about COVID’s impact on Chinese supply chains and global growth and expectations of further rate cuts. By February, real rates on US Treasuries were negative for maturities between two and 10 years. By early March, gold’s price had risen 30 per cent relative to mid-2019 levels.

But as the COVID crisis escalated and global equity markets plunged, real yields spiked. This reflected an abrupt collapse of inflationary expectations that more than offset the Fed’s rapid reduction of its target rate from 1.5 per cent to zero. In fact, Treasury inflation protected securities (TIPS) market briefly priced in nearly 1 per cent deflation.

The sharp drop in gold prices is consistent with Treasuries suddenly offering a comparatively attractive real yielding investment, and a rapid strengthening of the dollar added to the pressure.

A macro environment conducive for gold would be one with falling nominal rates, rising inflation expectations, and a weakening dollar. During the acute March equity sell-off, only the first of these conditions prevailed, and gold fell sharply.

Since then, however, gold has risen to multiyear highs as inflationary expectations have rebounded while nominal rates have remained subdued and the dollar has partially reversed its sharp appreciation.

Conclusion
While many investors view gold as a reliable safe haven in times of crisis, it has not always delivered on that expectation.

The price of gold is influenced by macro-economic and policy-driven factors, which must be considered in order to have a coherent picture of its behavior in relation to other assets.

The interplay between nominal interest rates, inflation expectations, and the US dollar helps explain gold’s performance in the COVID crisis and offers a framework to understand why gold’s behavior might deviate from conventional wisdom in other circumstances. 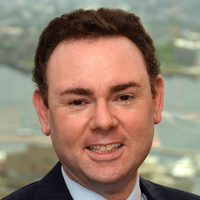