When times of turmoil hit, most investors become risk-averse, seeking safety over opportunity for higher returns. The coronavirus-driven crisis is no different in that regard. But there are some striking differences between this and other crises. 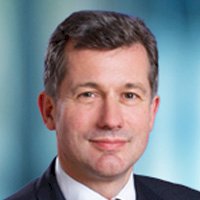 From a financial market perspective, the events that have unfolded over the past few months in response to the outbreak of COVID-19 are truly unique. While some have compared this crisis to the global financial crisis (GFC) in 2008-09, one big difference is that the GFC represented a problem with the “plumbing” so to speak. It emanated from problems within the financial system that caused banks to stop lending and liquidity to dry up. The coronavirus outbreak was not related to any issues within the financial system, but rather, a health crisis which led to government lockdowns which brought a forced, sudden stop to economic activity in many countries at the same time.

But when any crisis hits, the one thing investors tend to do is avoid risk. There are not many assets today that are generally perceived to be risk-free, but US Treasuries, German government bonds, UK gilts and Japanese government bonds fit into that category.

Lower for longer yields likely
While a number of economies have quickly contracted, it’s uncertain if a recovery will be equally as quick. We believe it’s unlikely that it’s going to be a V-shaped recovery – that is, a sharp recovery from the trough. We are hoping it’s not going to be an L-shape, marked by a more prolonged economic downturn.

At the outset of the crisis, in a previous blog we suggested central banks would likely apply the same oath doctors swear to, the Hippocratic oath, which is to “do no harm”. And we believe they will continue to try to abide by that Hippocratic approach even after things start returning to normal. While central banks have been very quick to support the markets, I think the removal of some support measures will be slow, in line with our view of a likely gradual economic recovery.

The traditional central bank response to a resumption of more robust economic activity would be to raise interest rates. But we don’t think we will see yields move up very quickly; for investors hoping to see a 5 per cent yield again, it looks quite distant. In our view, an economic recovery is also going to take some time. Volatility always spikes around these types of events, and we are seeing that in some of our risk metrics. Therefore, a gradual decline in volatility would be an encouraging sign.

Looking at how sovereign bonds have fared, there are differences; for example, in Spanish, Italian and German government bonds. Part of that is due to the initial impact of the virus on those individual countries, and the local government reactions. The ramifications of the heavy fiscal spending on individual economies will differ, as some had better or worse fundamentals, including debt-to-gross domestic product (GDP).

Looking at risk and market pricing
From an investment standpoint, like many investors, we have largely been in avoidance mode. The markets have seen some very sharp price movements, and we need to analyse whether we think fundamentally things have shifted, and to what degree those shifts are reflected in current market pricing.

There certainly is a desire among many investors to avoid more complex or speculative investments where contingent liabilities may not be clear. On that basis alone, the demand for government bonds is likely to remain strong. But we also need to point out who the substantive buyers are right now in fixed income – namely, central banks. The US Federal Reserve, the European Central Bank and Bank of Japan are buying their own bonds, and to a very significant degree. We traditionally would see bond yields go up and down when inflation fluctuates, but with central banks buying, we may see a situation where the bond yield is semi-fixed and the inflation rate goes up and down.

That said, we are now seeing some potential opportunities in new issues and investment-grade corporate bonds. For example, utilities or supermarkets might make sense to add to a portfolio in the current environment. However, we don’t know when we will all go back to “business as usual”, and whether the environment will be different. For example, will more people work from home on a permanent basis, lowering occupancy rates for office buildings? And what about commodity demand? Will it rebound when we all get back to work? Oil prices have significantly declined, making for some shocking headlines, but investing in the oil sector might make sense, assuming a more rapid return to normality.

We are looking for sensible positions to take in our portfolios as we return to some elements of normalised economic growth. In an environment where you have clearly demonstrable, viable businesses, well able to cover coupon payments, we think it makes sense to look at those types of opportunities.

Realistically looking further ahead, we can expect yields to remain very low in government bonds, namely because, as noted, there is a non-price sensitive buyer in the form of the central bank, which will purchase any number of bonds that the fiscal agencies will be looking to sell. In our view, the better investment opportunities will likely be in some of the higher-yielding credit sectors, as the degree of yield that some of the higher-risk investments are offering over government bond yields might look more attractive.

The European question mark
While the US Fed pledged strong market support via a robust asset-purchasing programme that includes purchases of municipal bonds and corporate bonds, we believe there is still a question mark over the commitment from the European Union (EU) to support economies in the way that the Fed has, including the issue of hotly debated “coronabonds”. The EU can’t directly levy taxes like national governments can, or issue debt. We are looking quite carefully at the signals we get from Europe.

The irony is that prior to the crisis, US bond yields, whilst low by historical standards, were high by international standards. But most of the dislocation that has taken place has not been in government bonds. It is more in the credit spread sectors that we have seen a lot of the dislocation, and less so in the traditional sort of currency areas or in government bond yield areas.

Many European countries were on a negative growth trend prior to the crisis, and this was the reason we had a bias towards European government bonds, but the impact of the coronavirus has been widely different in European economies, with Germany seemingly less affected, and Spain and Italy more acutely affected. Just as Germany had lower debt-to-GDP entering the crisis, eventual exit from the crisis will hit Spain and Italy much harder due to their greater reliance on services and tourism in the economy, which will cause a further increase in their respective fiscal deficits. Some greater measure of pan-European support will be important. There may be a reluctance to agree to joint issue and liability bonds, but long-term measures to support economies most affected will be vital to avoid any questions of European unity.

Due to the coronavirus, it seems likely most European countries will be on a negative growth trend, but the degree that certain economies are more orientated towards services and tourism, or had worse fiscal balances prior, is likely to be worse off amid more prolonged lockdown periods. I think it will be important for us to see there is a greater degree of competence around a convoy to ensure that all European countries – whilst affected differently by this virus – are travelling broadly in the same direction.

Crisis after-effects
One thing to watch going forward is the after-effects of all the stimulus we are seeing, and whether it will cause economic or market dislocations. We think there ultimately will be a tipping point at which monetisation of government issuance does become a problem; however, we still don’t see the supply factor as causing a significant, immediate spike in bond yields.

We also believe this period could well shape or change some of the political dynamics we are seeing in different countries around the world. As countries gradually reopen their economies, we may see some policies under review. For example, countries may turn further inward. Those with international supply chains and/or a dependency on China may re-examine their approach to trade and could become more nationalistic. 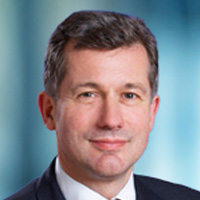