How shall Europe hang?

The COVID-19 pandemic has sparked intense debate over the past few weeks from leaders across the European Union (EU) over, once again, how far to push the EU towards a more cohesive, fiscal union. At the heart of this debate is the question over how fiscal policy across the eurozone should be best set – by individual governments or from a centralised governing force? 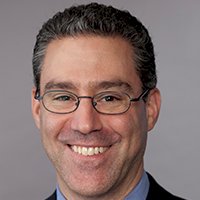 It is our view that what is needed is a meaningful and unified euro area fiscal budget with clear objectives.

The eurozone has been around now for more than two decades. The founders of the EU knew that both monetary and fiscal unions were necessary for the experiment of the euro area to long endure. Nonetheless, upon inception, these early forbearers accomplished what was relatively easier, monetary union, with the hope and expectation that the harder fiscal union would come later.

How, you might ask, would the future fiscal union come about? In fits and starts in the heat of critical, if not existential, moments. Indeed, as Jean Monnet, one of the architects of European unity prophesized, “Europe will be forged in crises, and will be the sum of the solutions adopted for those crises.” And yet, in practice, when crises hits, reform towards fiscal union only moves in glacial and baby steps.

Well, it is crisis time again, and once more, eurozone policymakers are dancing around issues of fiscal union.

Let’s be clear. We are not calling for absolute fiscal union, where all revenue and expenditure flow to and from a central fund. All countries have fiscal accounts that operate at the local, provincial, state, or municipal level. But the present euro area fiscal “union” of a few percentage of GDP is inadequate and has always raised the question of the durability of the enterprise. And each crisis has witnessed an exercise in obfuscation, as the authorities conjured up ways to gloss over the unfinished business of fiscal unification.

So here we go again. Recently, eurozone authorities got together (virtually) to discuss ways their crisis toolkit could be enhanced.  And again, the dance was on full display. The European Central Bank’s (ECB) pandemic emergency purchase program (PEPP) – the new QE bazooka – will allow for flexibility of its “capital key” (which governs how much of a country’s bonds the ECB can purchase) to direct a disproportionate amount of buying where it is needed most. The euro area could modify the conditionality attached to the European Stability Mechanism (ESM) to help bring further support to sovereigns in need. The authorities may find new and creative ways to best unlock previous episodes of ECB policy, such as through the Outright Monetary Transactions (OMT). But debate around reforms that rhyme with fiscal union was essentially tabled for another time.

The irony is that, with the ECB increasingly involved in quasi-fiscal policy and taking on so much of the overall macroeconomic policy remit, the monetary authorities are actually disincentivising the very fiscal union they are clamoring for.

In addition, the recent discussions of mutualised “corona” bonds are only the latest iteration of thwarted attempts to move towards greater fiscal union. Similar ideas were proposed during the last crisis, in the form of “red/blue” bonds in 2010 and “European safe” bonds in 2011.

A backdoor substitute for fiscal mutualisation through the monetary channel is not a true replacement for a viable fiscal union. Yes, creating a fiscal union of meaningful size could be seen as rewarding past bad behaviour. And yes, a fiscal union could risk more moral hazard in the future. Some northern European members of the eurozone will and do adamantly protest, declaring that’s not what they signed up for. But what were they expecting to happen? That’s what they risked when they entered into a union that is only half-baked.

History of another once fractured, yet evolving union, may provide guidance on how European leaders should proceed.

Just before signing the Declaration of Independence, Benjamin Franklin reportedly proclaimed to the other members of the Continental Congress, “We must all hang together or most assuredly we shall all hang separately.” Mr Franklin understood the gravity and urgency of the moment, whereby the 13 former British colonies would need to bind together to achieve their goals. Twenty-four years later, in 1790, through the leadership of Alexander Hamilton, the federal government of the US assumed approximately $80 million of foreign, domestic, and colonial/state debt, much of which had been issued to pay the Continental Army during the Revolutionary War. Rather than viewing this debt as a burden, Mr Hamilton argued that assuming these obligations would not only help bind the country together, but would provide the new nation with the means to create a track record of strong creditworthiness for its new fiscal union.

Ultimately, the euro area will likely muddle through the current crisis by adopting some workaround involving the ESM and/or the European Investment Bank. But the shortest distance between two points is a straight line. As bureaucratically and ideologically challenging as it may be, euro area policymakers know what they eventually need if they want to avoid a disastrous break-up of the euro. They need a meaningful fiscal union without the limitations of the ECB alphabet soup or the stigma of conditionality (which, parenthetically, breeds resentment and union-threatening populism).

It is time for members of the eurozone to decide how they would like to hang, together or separately.

How shall Europe hang? 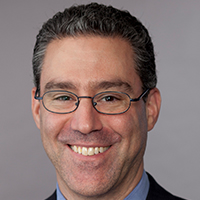