The unforeseen COVID-19 pandemic has left fixed income investors readjusting to significantly lower economic growth rates than they would have anticipated at the start of this year. 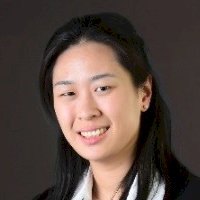 With numerous international borders closed – raising the percentage of the global population under travel restrictions – and some cities and countries in lockdown – it’s hard to estimate exactly how much growth will slow.

Consequently cash has become king among corporates and investors alike, with liquidity tightening quickly as intermediaries seek to shrink their balance sheets and traders moderate their risk appetite in the wake of regulations introduced after the 2008 financial crisis.

Of course, this upheaval is creating market dislocations. Certainly a number of bond and currency markets are not moving in line with their underlying sovereign fundamentals.

Still, seeing infection rates fall in China should provide hope to countries which have adopted similarly strict measures to contain the coronavirus.

With sentiment bearish and growth rates having been revised down aggressively, long-term investors should be mindful there will come a point when recorded Asian GDP growth rates start to outperform extremely low market expectations as infection rates fall.

Mainstream Asian economies have learnt lessons from past crises and built strong sovereign balance sheets – which are meant to be deployed to cushion their economies in the face of external shocks. It leaves them so much better placed to respond to this outbreak.

Investors should not forget that real interest rates remain positive and nominal rates even higher among many Asian and emerging markets – in stark contrast to developed markets.

This matters because it means Asian policymakers have room to adjust. It enables central banks to be proactive in easing rates, providing additional liquidity and flattening the yield curve as a means to improve policy transmission.

Already we have seen cuts to policy rates in Malaysia, Thailand and Indonesia this year, and we suspect there’s more to come from them, too. South Korea finally reduced rates on 16 March. We also anticipate cuts in India and the Philippines, among others.

Further, China is doing its fair share of policy easing – only in a more targeted way, which is what we would expect in light of its need to focus on deleveraging.

However, monetary policy alone is insufficient. We expect Asian authorities to pull on fiscal levers. Certainly that is likely to happen in China directly, and we anticipate action from Malaysia’s new government as well.

In addition, South Korea is embarking on an unprecedented budget, which will see its fiscal deficit widen amid a 9 per cent jump in spending, while the Philippines has outlined its own aggressive spending plans to make up for under-execution of the budget in 2019.

Most Asian central banks have spent the past decade accumulating foreign reserves and establishing swap lines with various counterparts, the US Federal Reserve included.

Of course, no one knows quite how this virus outbreak will evolve. What we can say is that the preference for liquidity is high currently, and fundamentals are not driving market behaviour.

We have seen an indiscriminate sell-off across issuers. Most government bonds are priced for recession, as are investment grade credits. Corporate profitability is stressed and liquidity strained.

But with government help, banks have the flexibility to provide liquidity to help companies ride out the storm. That could help investment grade issuers avoid severe defaults, albeit high-yield issuers are more vulnerable to downside.

But given where market valuations are now, when the dust settles we would expect investment opportunities backed by strong fundamentals to perform very well. Once the market stabilises and investors pay closer attention to idiosyncratic risk, we are confident we can recapture performance.

Bond prices have fallen significantly in emerging markets amid concerns about economic performance, illiquidity and the oil price war. Once conditions stabilise and the unprecedented amount of policy support begins to help economies and markets back on their feet, we will seek to capitalise selectively on opportunities that the dislocations have brought for securities that we believe are trading way below what is warranted by their fundamentals and probability of default. 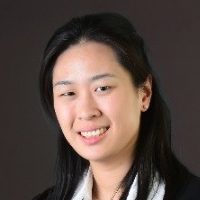