Global oil markets have reported historic levels of volatility in March 2020 – benchmark oil prices slid 60 per cent from January 2020 highs, driven lower by collapsing demand due to economic uncertainty caused by COVID-19 and a simultaneous surge in production targets (supply) from Saudi Arabia and Russia. 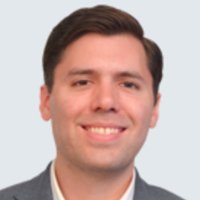 Calvert has long held a well-established position that investing in or lending directly to companies that have direct exposure to fossil fuels carries elevated environmental risks and, therefore, Calvert has underweighted these assets on that basis. In today’s markets, carbon continues to remain a largely underpriced externality at a time when consumers around the world are seeking to lower their environmental impacts and governments are mandating carbon emissions reduction targets to accelerate the transition to a low-carbon economy. In the long term, this pressure on global demand will leave the lowest cost, largest reserve producers – primarily state-owned entities – with control of the market.

While it seems likely in the immediate term that OPEC, Saudi Arabia and Russia resume negotiations and agree upon future production cuts, the actions taken this month to flood the market with 3.5 million barrels per day (bpd) serves as a preview of industry-wide supply and pricing risks as global economies march toward peak oil demand.

The demand for oil is expected to peak when the expanded use of electric vehicles, energy-efficiency measures and public policy action to price environmental externalities combine with supply-side technological improvements to extend the life of economic oil reserves. Together, these supply and demand factors lead to a gradual reduction in global oil demand and an unstoppable downward pressure on benchmark oil prices.

Responding to peak demand, the largest, lowest cost, state-owned producers are economically incentivised to transition from a reserve-“rationing” business model, whereby capacity is held back from sale today under the expectation that it can be sold tomorrow (at a potentially higher value), to a reserve-“maximisation” model, which seeks to sell as much product as possible before prices (and the overall value of those reserves) decline into the future.

The catalyst behind Saudi Arabia and Russia’s decision in March 2020 to swing rapidly from production cuts to full-capacity output (plus storage releases) was not the gradual flatlining of global oil demand growth expected in peak demand. Rather, the drivers were a combination of sudden demand shocks (COVID-19) and a brewing argument between Russia and OPEC (OPEC+) on how to mitigate surging US shale oil production.

Whether Saudi Arabia and Russia’s decision to increase production capacity and flood global markets with low-cost oil represents the initiation of a new long-term “peak demand-like” supply period is yet to be seen. It remains extremely possible that both parties reach an agreement in the short term that allows for the resumption of production cuts. Alternatively, both producers could operate at maximum production capacity in an effort to degrade or destroy global competitors. Saudi Arabia, which holds $500 billion in reserves, and Russia with $470 billion, are both positioned to fund fiscal requirements for at least two years, before needing higher oil prices to finance domestic programs.

What is known, however, is that new lower prices have demanded a total revisit of 2020 oil and gas sector capital allocation plans. Below $50 per barrel, many US shale producers are unable to fund ongoing operations, in addition to meeting elevated debt and dividend obligations. In response, oil and gas companies have announced deep capital expenditures cuts, pressured suppliers across the oilfield services space for discounts and pulled back funding high-cost ongoing operations where possible. Companies with larger debt maturities, however, have already been forced to cut share buybacks and dividend payments.

For oilfield service firms – those companies that provide engineering, drilling, pressure pumping, completion and production capabilities to oil and gas producers – these cuts to capital expenditures approach a total sector knockout. Having operated at or near cost, in a declining services market since 2016, balance sheet pressure in the oilfield service sector is extreme.

Investments in the oil and gas space have always been volatile, with cycles of extreme boom punctuated by extreme bust. After incorporating a preview of the supply reaction possible under peak demand scenarios, Calvert remains confident in our ESG investment strategy of deliberately underweighting – or outright avoiding – stocks and bonds of oil and gas companies. 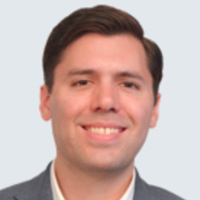