The past three weeks have brought unprecedented turmoil and volatility to global equity markets. Investors are gripped with rapidly shrinking wealth combined with fear for their health and safety. The velocity and speed of the market crash exceeded that of the global financial crisis and have now been compared to the 1987 and 1929 market collapses. 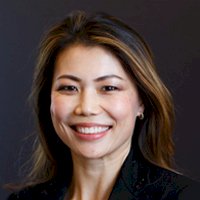 There is no doubt we are now in a bear market, and we arrived here with lightning speed. This has been the fastest 30 per cent fall in the history of the Australian Stock Exchange. Only the 1987 crash comes close in terms of severity and it took a week longer to reach the 20 per cent drawdown mark.

The crisis reached a peak when all asset classes, including bonds, collapsed together, crushed by investors’ fear of recession and possibility of increased bankruptcy.

Volumes on the busiest day during the GFC were 20 per cent below the past fortnight, with a material disconnection between the fundamentals of the businesses and their price performance now evident.

The past two weeks have been truly unprecedented and extremely rare.

To assess where we are in this bear market, it’s important to look at economic realities. Firstly, investor fears are well warranted. Western economies have responded to COVID-19 by shutting down social events, venues and other gatherings, which has seen vast numbers of casual staff being laid off. For most OECD countries, over 60 per cent of GDP lies in consumer spending, and a consumption-led recession will unequivocally lead to a material rise in unemployment over the next three months.

On a positive note, however, equity markets have always been a forward-looking instrument. If authorities are able to control the COVID-19 outbreak quickly, it would see many companies’ earnings bounce back reasonably quickly, particularly with the significant pending stimulus. Trillions of dollars around the world are being deployed to stimulate economies, much of that yet to be spent. Central banks have learned that during times of stress, keeping money flowing in the economy is paramount. Based on the action plan announced by the Reserve Bank of Australia, federal government and other regulatory bodies, we believe the stimulus plan is sufficient for the current environment. One key variable at this stage is how long we will be in lockdown for before consumer can be allowed to spend the stimulus provided?

How does Australia compare?

Australia has two distinct advantages relative to other markets, due to a combination of good luck and sound preparation.

We are fortunate to be a week or two behind the US and Europe in terms of outbreak, reflecting the actions of the government to close borders. We also have a world-class healthcare system and, very importantly, a well-equipped and resourced pathology sector ensuring one of the highest rates of COVID-19 testing in the world (underpinned by Sonic and Healius).

Widespread testing allows rapid identification, treatment and quarantining, limiting the spread and reducing mortality. South Korea has been a leading example of this with cases controlled and the economy allowed to remain relatively open. Importantly, testing to date in Australia has revealed a very low level of positive results suggesting community spread is low. This increases the likelihood that the government’s mitigation strategies can also be effective. Overseas experience shows interventions (particularly social distancing, quarantining and border closures) applied early and with good compliance can slow the spread.

Portfolios that are overweight in healthcare have performed well, relative to other sectors. Stock specifically, the top 10 holdings in the Tribeca Alpha Plus fund have delivered exceptional returns since the crises hit. Fisher and Paykel have upgraded earnings twice as result of the surge in demand for its emergency room ventilators (which account for more than 60 per cent of the revenue).

A2 milk has surprised the market with its resilience across its distribution platforms; mothers in China flocked to online to stock up on quality-branded infant formula and as a strong online player, A2 has been well placed to benefit from such a shift. This will likely cement its brand in the offline Chinese consumer segment.

Coles Group is another top holding which has seen significant improvement in its sales as consumer are moving to stock up their pantry, and it has also meaningfully outperformed its peers, including Woolworths, which we don’t hold in our portfolio.

We believe the mass selling observed in the market over the past 10 days has now passed. The market’s ability to move definitively higher is contingent on the extent and duration of the lockdown period, and the severity of the recession. 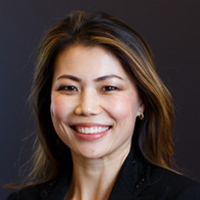