Infrastructure’s ESG credentials in the spotlight

While it is the “E” in ESG that currently attracts the most attention and publicity in investment circles, it is equally as important to focus on the “S” and “G” in portfolio construction – particularly when it comes to infrastructure investment. 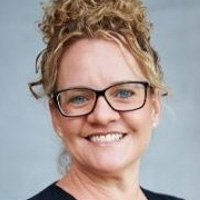 As the next stage of implementation of the Paris Agreement approaches, sustainability and associated ESG issues are becoming increasingly important in global investment analysis, with implications for advisers and investors alike.

The Paris Agreement is an agreement within the United Nations Framework Convention on Climate Change (UNFCCC) dealing with greenhouse-gas-emissions mitigation, adaptation and finance, signed in 2016. The language was negotiated by representatives of 196 states and adopted by consensus on 12 December 2015.

The Paris Agreement’s central aim is to strengthen the global response to the threat of climate change by keeping a global temperature rise this century well below 2 degrees Celsius above pre-industrial levels; and to pursue efforts to limit the temperature increase even further to 1.5 degrees Celsius.

An integrated ESG assessment process: At both a country and stock level

While ESG should have always played an important role in any investment decisions, to invest in this new environment it is even more important to have an integrated process for investment, whereby ESG risk analysis is done at more than one level. 4D Infrastructure adopts a process whereby a stock can’t find its way into the portfolio unless its country of origin – as well as the stock itself – has been assessed based on its ESG characteristics and other factors.

Accordingly, it is important to complete ESG reviews at both a country and individual stock level – and to consider the “S” and the “G” as well as the “E”.

For instance, when it comes to investing in listed infrastructure, the governance of a country and the strength of its judicial system should be considered closely; as it goes to the quality and reliability of infrastructure concession contracts or regulation, and how strong the judicial system is in supporting the sanctity of those contracts or regulation.

Similarly, levels of corruption are important together with how well the judiciary is tackling the issue. For example, in Brazil, the so called “Car Wash” corruption investigation has been ongoing and far-reaching. But it is activity such as this that helps investors become more comfortable with that sovereign. In this instance, no-one is denying that a degree of corruption exists – but the judiciary has been persistent and diligent in its pursuit of wrongdoing at all levels of society.

While ESG ratings from country reviews are one consideration, they can’t stand alone. It is also important to assess each company at the stock level, based on various ESG considerations, and in doing so assign a stock an overall company score. The key considerations in these assessments are:

If relevant, what targets do they have for carbon and greenhouse gas emissions?

What is their strategy to leverage a greener future?

What proportion of their energy is taken from renewable sources?

How do they compare against peers in their sector and the wider market?

What are their policies on waste disposal?

What commitments has the company made to labour standards and human rights?

What is their relationship and engagement with local and Indigenous communities?

How focused are they on employee health and safety?

What has been the trend in workplace incidents/accidents?

What sort of learning development and training programs are provided to employees?

As is the case with our country reviews, the “S” and the “G” are equally as important as the “E”. For example, under governance it is important to look closely at board and management compensation structures to ensure an alignment with shareholders’ interests.

In January 2020, Institutional Shareholder Services Inc (ISS) published a paper “Corporate controversies that defined 2019” in which they identify the five most exposed industries to ESG controversies.

Mining accidents in Brazil and the ongoing opioid crisis in the US were two of the most serious controversies during 2019. These resulted in a high density of negative news revolving around steel and pharmaceutical companies.

Equally, the human and environmental costs associated with dam collapses in Brazil contributed significantly to the high number of negative news items for the steel industry, which ranked as the most controversial industry.

The banking sector globally faced heavy media scrutiny during 2019 as several European banks were linked to money laundering schemes. The so-called Troika Laundromat scandal was among the most prominent cases, one which implicated several banks that are alleged to have laundered billions of dollars out of Russia. In Australia the Banking Royal commission attracted a high degree of publicity.

Separately, the banks are also being challenged by stakeholders for neglecting to assess their exposure to human rights violations and environmental damage through their investments.

Importantly, however, there was one sector that wasn’t featured prominently among the largest controversies outlined for 2019. That is, there were very few infrastructure names or subsectors within this space that were exposed to ESG controversy, despite the ongoing spotlight on climate change.

This is good news for global infrastructure investors as ESG considerations come to the fore, and the ESG credentials of each sector come under increasing scrutiny in the future.

Infrastructure’s ESG credentials in the spotlight 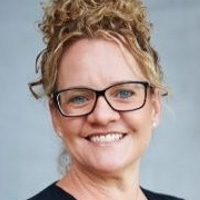