Bernie desire: Why a Sanders win spells bad news for US banks

As the US presidential election looms large against the backdrop of the coronavirus outbreak and dramatic falls in global markets, many are beginning to question the policies of contenders vying for the top job – none more so than Democrat nominee Bernie Sanders. 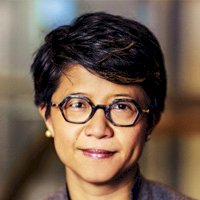 Despite his divisive and often derided demeanour, the re-election of sitting US President Donald Trump will likely re-establish a degree of confidence in the market and wouldn’t be expected to rattle the nerves of investors.

Socialist Bernie Sanders has performed particularly – and somewhat surprisingly – well throughout the primary election process to date and has positioned himself to be the most left-wing candidate to challenge for the position in decades.

In 2019, the main risks to the macro outlook for investors were the trade wars, the global industrial recession and major central bank easing/tightening – issues that are known unknowns, but for the remainder of 2020, one of the great unknowns is the likelihood of a Sanders win come 3 November.

A Sanders candidacy turning into a successful run for the presidency will add to the risk-off sentiment and volatility, given his anti-big business views, focus on financial regulation and restrictive tax plans.

Medicare for All would have a high material negative impact on pharmaceutical, dialysis and medical device names, along with healthcare insurance. And it would have a moderately negative impact on medical equipment and supplies. With increases in volatility, idiosyncratic opportunities will arise though and give value investors the ability to pick winners and losers.

With Congress also being elected, the sectors most directly affected would be pharmaceuticals, healthcare and banks. However, investors should bear in mind that Congressional elections will also take place in November, posing problems for whoever becomes president.

In both scenarios, it would be difficult for Sanders to pass most of his signature policies such as Medicare for All, breaking up the banks, his full tax plans and all student debt forgiven. Democrats would need a united front to pass sweeping legislation against widespread Republican opposition, which would be a high hurdle for many of the controversial Sanders policies.

So, what does Sanders advocate in such a staunchly capitalist country? A highlight of Sanders’ campaign is social inequality, and certain policy items focus on this, such as forgiving student debt, free tuition in state universities, a series of tax increases, an increase in the minimum wage to US$15 per hour, and universal free healthcare.

These will be popular among many Americans, but some of his policy priorities are unfavorable for markets, including:

Sanders is an anti-establishment politician and, in many ways, an outsider and disruptor. Since losing out to Hillary Clinton for the nomination in 2016, he has sharpened his process and campaign machine to build a strong base among previously undervalued groups such as young people and Latino voters. His high-energy anti-establishment and socialist messaging against big business and the wealthy has certainly gained traction, while the moderate vote has remained fractured.

Of course, only time will tell if the new approach is ultimately effective, but in the interim, the US banking system is on edge at the prospect of Bernie Sanders taking up residence in the White House and becoming the next leader of the Free World.

Bernie desire: Why a Sanders win spells bad news for US banks 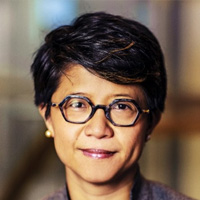