Unconventional monetary policy in Australia: Not if, but when (part two)

It may seem misplaced to discuss the likelihood of unconventional monetary policy in a country that has registered only three quarters of negative GDP growth in the past 25 years, but a convergence of macro-economic forces has placed the issue on the Reserve Bank of Australia’s agenda. 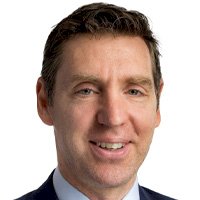 (This is the second part of a two-part analysis. You can find the first part here)

In confronting their own countries’ stagnant growth, central bankers in the US, Japan and Europe have largely relied upon two powerful mechanisms: low-to-negative interest rates and quantitative easing (QE). While lowering rates may help the RBA move toward its objective, years of zero interest rate policy (ZIRP) failed to materially ignite growth over the past decade in countries where it was implemented. More recently, authorities have shifted to negative interest rates – charging institutions for parking excess reserves in central banks. This is a tactic that Australia is unable to adopt given that unlike Japan, Germany and Switzerland, it persistently runs a current account deficit, meaning it must keep rates positive to attract the foreign capital necessary to fund its deficit. Positive rates are also necessary to attract overseas money to Australia’s wholesale funding market. As domestic deposits are not sufficient in meeting banks’ funding needs, the promise of positive returns in short-term lending markets is essential in attracting foreign investors to plug this gap.

This leaves the asset purchases that are the hallmark of QE. But this begs the question: which assets? In stating his preference for government bonds, governor Philip Lowe laid out an argument that this method would be most effective in achieving the RBA’s objectives while limiting any potential ill effects. These purchases would directly lower the cost of funding for the government and indirectly for other borrowers, including businesses and consumers. Furthermore, by purchasing government debt, the RBA would not run up against liquidity restraints and could avoid the negative optics of potentially distorting private markets by picking favoured businesses or industries.

Similar to what occurred in other countries, the RBA could buy bonds across a range of maturities, thus lowering rates across the yield curve. Not only would this decrease the cost of credit instruments benchmarked to longer dated bonds, but also the associated lower yield would likely push investors toward riskier instruments such as high-yield debt and equities, creating more favourable financing conditions for those entities. A major risk associated with purchasing government bonds, however, is these are the same instruments banks are required to hold as capital buffers. Should RBA purchases crowd banks out from this market, lower levels of regulatory capital could, perversely, limit the very same credit growth that policymakers are attempting to catalyse.

The role of the territories

One way in which the RBA could complement its federal bond purchases, thus reducing the risks posed to banks seeking capital, is to focus part of its purchases on semi-government bonds (semis) issued by states and territories. These securities are often issued to fund infrastructure projects, so in addition to injecting liquidity into the economy, deploying funds via this channel may have the added benefit of increasing national productivity, a necessary ingredient for GDP growth. Also, by still focusing on government borrowers, the RBA could sidestep the issue of weak private-sector credit demand, which may or may not return in a regime of ultra-low interest rates.

Yet monetary policy can only accomplish so much, a point repeatedly made by central bankers during the post-GFC era. Fiscal expansion plays a role as well. One – controversial – way to execute this would be to deposit funds directly into consumers’ bank accounts such as what has just occurred in Hong Kong as authorities seek to stanch economic contraction. This method would put consumers at the fore of growing the economy and counter the trend of them backing away from non-mortgage debt. While this approach has been considered in many economies during various crises, the likelihood of “helicopter money” being adopted in Australia is remote.

Monetary policy can help put out acute fires associated with a slowing economy; it proves, however, less effective at rebuilding the house. A more useful tool for that endeavour is fiscal expansion, which can take many forms. Tax cuts, increases in government transfer programs, subsidies and infrastructure spending all fall into this category. Australia is well positioned to increase government outlays given its relatively more favourable fiscal position vis-à-vis other advanced economies. The country tends to run much lower budget deficits than the US, UK and Japan, and federal debt to GDP is far below the levels registered in other developed countries.

A problem with fiscal expansion during periods in which a central bank is the marginal buyer of government debt is that it blurs the line between monetary and fiscal policy, thus potentially compromising the independence for which many developed market central banks are renowned. In extreme situations, a central bank can directly purchase government debt, a concept known as monetisation. While a particularly dire situation may call for such measures in the future, we doubt that the RBA would resort to such a drastic step in the current environment.

Expectations that headway in trade disputes would lead to a rebound in global growth have proven ephemeral in the wake of the coronavirus outbreak. While certain factors within Australia are supportive of growth, such as increases in home buyers’ borrowing capacity, income tax rebates, higher wages and resilient iron ore prices, we believe they will not be enough and that the RBA and perhaps the federal government will be forced into action.

While the current administration has the objective of delivering a fiscal surplus by May of this year, we believe that once achieved, authorities will be compelled to increase spending to combat the ill effects of both this summer’s historic bushfire season and the inevitable negative impact on global growth caused by the coronavirus outbreak.

Magnifying the acute risks posed to the Australian economy in 2020 are the secular headwinds that have hampered growth across advanced economies. We believe that, eventually, these will catch up to Australia, especially as the decade-plus boost received from China integrating into the global trading system wanes. With negative interest rates off the table because of persistent current account deficits, the RBA will likely have to keep asset purchases at the ready.

As experienced in countries that have already been down the QE path, such measures will have profound implications for the economy and financial markets. Lower interest rates, flatter yield curves and a weaker currency would each impact investor behaviour. Along with raising of riskier assets beyond what is supported by fundamentals, unconventional policy can flatten the yield curve to a degree that hampers lending and puts the finances of insurance companies and pensions under pressure.

Australia has a large and mature bond market. But as has been witnessed in Europe and the US an activist central bank can cast a long shadow on these markets with no guarantee that achieving its stated goals are a certainty. Rather, it is the unforeseen consequences that investors must navigate. We believe it’s not too early for the investment community to consider the ramifications – both good and bad – that Australia QE would have on markets.

Unconventional monetary policy in Australia: Not if, but when (part two) 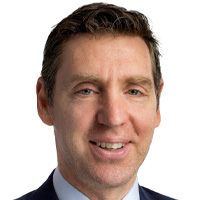