Four reasons to still consider an investment in gold

Gold has been on a strong run since the start of 2019, with the precious metal rising by 28 per cent in US dollar terms over this period. The gold price has risen more than 8 per cent in 2020 alone (to 22 February).

Whilst this has primarily been driven by concerns around growth, US-China trade tensions, coronavirus, and falling interest rates, we believe there is still a strong case for including gold as part of a broader asset allocation.

The fall in interest rates around the world shows no sign of reversing, as central banks continue to ease monetary policy.

In the last week of January, the pool of securities with a yield below zero surged by $1.16 trillion, the largest weekly increase since at least 2016 when Bloomberg began tracking the data daily. There is now more than US$12 trillion in negative-yielding debt worldwide, down from the record high mid-last year, but the highest it has been in two months.

Gold could continue to find favour given this globally synchronised trend – with interest rates at record lows, the opportunity cost of holding gold has also fallen.

2. The coronavirus and US-China trade tensions

The main impetus for investors rushing to put their money in bonds was the coronavirus, with fears escalating as the virus spreads further. As of 25 February 2020, the virus had infected almost 80,000 people and killed more than 2,600. Aside from the human impact, investors are increasingly worried about the effect on companies and economic growth.

Sharemarkets around the world are suffering sharp pullbacks on news that the virus has taken hold in countries, including South Korea and Italy. Over the course of two days, markets (including in the US) fell around 5 per cent. Locally, investors were not immune from the jitters, with the Australian sharemarket (on 25 February 2020) having its worst day since October 2019.

On another front, while investors welcomed the phase 1 agreement reached by China and the US, trade tensions continue to linger, leaving investors nervous. With growth worries likely to persist, gold prices could rise further.

Gold is one of the easiest US dollar-denominated assets to own, particularly while a local currency depreciates. With this in mind, more central banks may decide to add gold to their portfolios.

We believe that gold is currently in a sweet spot as a portfolio diversifier.

While global sharemarkets have continued to rise in early 2020 (noting of course the heavy losses sustained in the last week), there have been warning signs around US economic growth. Apple recently issued a warning of disruptions to both Asian sales and production, and there were surprisingly sharp drops in US service and manufacturing indices in February. Some are also warning that markets are not fully factoring in the likely negative hit to Q1 earnings from the coronavirus. Investors are also keenly aware that the US has now completed a decade without recession, a trend that, while welcome, is unlikely to continue indefinitely.

In an uncertain environment, investors historically have often turned to gold as a safe haven. If investors see less upside for equities, based on the expectation that slowing economies will start to have an impact on earnings, gold may well be a beneficiary.

How to gain exposure to gold

The historical positive correlation between the Australian dollar and gold could generally favour a currency-hedged exposure in a rising gold price environment. Furthermore, we believe that in the current environment, it could make sense to remove the uncertainty of currency risk and to play gold price movement via ETFs such as our currency-hedged global gold miners ETF (ASX: MNRS).

Four reasons to still consider an investment in gold 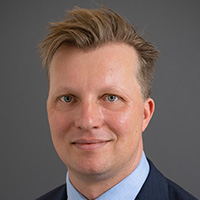