These are extraordinary times for the domestic cash market. Bank bill yields closed 2019 below 1.00 per cent, their lowest ever levels, while the official cash rate in Australia was reduced by 75 basis points. 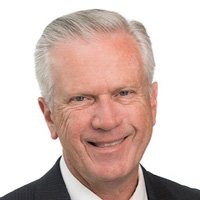 First Sentier Investors’ actively managed cash strategies performed well over the year, benefiting from a longer dated duration profile, but what might be in store for the year ahead?

The economic outlook domestically indicates we’re unlikely to see any substantial turnaround in the level of monetary policy any time soon, and at least over the forthcoming year.

Like offshore, economic conditions remain subdued in Australia and there are few signs of inflationary pressures coming through. For now, the Reserve Bank of Australia is sticking steadfastly to its inflation forecast of between 2 per cent and 3 per cent per annum. It’s now been more than five years, however, since we saw CPI within this range for two consecutive quarters – a significant pickup in inflation looks unlikely at this point in time. Consequently, the banks’ inflation forecast looks increasingly optimistic.

Employment gains in the month of November were the strongest for over a year, but, importantly, nearly 90 per cent of the new jobs were part-time in nature. Perhaps due to the uncertain economic outlook, employers appear unwilling to increase their full-time workforce. With excess slack in the labour force, wage growth remains subdued. With average earnings only modestly outpacing inflation, few workers are seeing meaningful increases in real earnings. As a result, at this stage underlying demand in the economy appears insufficient to push inflation higher.

Concerningly for officials, government tax cuts have not trickled through to discretionary expenditure. At the same time, more accommodative policy settings have only had a limited effect on the economy, as few mortgage lenders have passed the full benefit of official rate cuts on to borrowers.

Against this backdrop, it’s unsurprising that consensus expectations suggest official interest rates in Australia will be lowered again this year, following the three cuts in 2019. A further quarter percentage point cut, taking the RBA cash rate to 0.50 per cent, has been priced in for the first half of 2020 and a subsequent cut hasn’t been ruled out.

Could the RBA consider quantitative easing this year?

We’re certainly hearing persistent talk about the possibility of unconventional policy settings being introduced to boost the economy, perhaps similar to quantitative easing programs we have seen in recent years in the US, Europe and Japan. But for now, the Reserve Bank of Australia seems hesitant to meaningfully discuss the possibility – perhaps because similar programs have had mixed success offshore.

That said, there could be increasing calls for a broader policy response if the Australian economy remains subdued. In turn, this could continue to exert downward pressure on Australian bond and bank bill yields.

What is the outlook for cash funds against this backdrop?

Any further downward movement in yields is unlikely to have a significant positive impact on the performance of cash portfolios. Typically, their relatively short duration means cash funds have limited sensitivity to interest rate fluctuations. If yields do fall further, the running yield and, in turn, the returns generated by cash funds will gradually fall over time as securities mature and as reinvestment occurs at lower interest rates. Thankfully, as we saw in 2019, we’re able to partially offset falls in yields through active duration and credit management. In fact as underlying rates fall, excess returns generated through active management will become increasingly important and will comprise a higher proportion of expected total returns.

Similar to observations in recent years, investors’ allocations to cash in their portfolios are likely to reflect their risk appetite and expected returns from other asset classes. Those with longer investment horizons may be comfortable maintaining persistently high allocations to growth assets, but others may choose to “park” funds in cash in case of market volatility.

Fortunately, cash funds have continued to demonstrate deep liquidity and have also undertaken benchmark reforms over the last few years, establishing a more robust process of market rate determination, based on actual transaction flows. This should hold the market in good stead if we see volatility in yields in the year ahead. 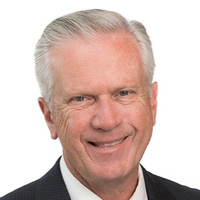