Should investors be positive about emerging market debt in 2020? 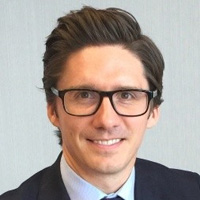 At the same time, the US Federal Reserve has said it is at least on hold for 2020. That creates a positive backdrop for EM currencies. When the growth differential between emerging and developed markets widens, emerging currencies tend to outperform on the back of capital inflows. The good news is we expect the differential to widen in 2020, driven by growth in larger emerging markets such as Russia, Brazil and Turkey – where economic activity has been weak. If risks around trade and geopolitics dissipate, and emerging markets lead improvements in global growth, this could be the year for local EM currencies.

In which currencies can investors find value?

We like the rupee and see reasonable value in the rupiah. Most of the return will come from the carry – gains from the difference in yield between currencies – rather than spot prices. If the growth differential between emerging and developed markets widens, and if there is a revival in trade, investors might target North Asian currencies such as the Korean won, which has a high beta to a positive external environment.

Emerging markets have been on a rate-cutting cycle. Is there further to run?

We think there’s scope for further incremental rate cuts in Indonesia, India, the Philippines, Brazil and Mexico, potentially delivering capital gains to bond holders. Some of the most interesting trades are in frontier markets such as Egypt and Ukraine, where policymakers have gone through a raft of reforms. Although this led to inflation pressure, now we think inflation will fall in those countries, which will likely lead to rate cuts.

Frontier markets tend to carry more credit risk than the mainstream emerging markets. However, it does not necessarily follow that volatility is higher, particularly for local currency bonds. Local currency frontier bonds are less easy to access and require very careful analysis and monitoring, which some international investors may be unwilling or unable to carry out. As a result, most of these markets are grossly under-owned and consequently less sensitive to global risk factors that impact the more mainstream emerging markets.

Each country is subject to its own unique set of macro-economic drivers. No two emerging or frontier markets are the same. In the case of Iraq, regional geopolitics and domestic politics are major factors. But at the same time, Iraq is a net external creditor, meaning its external assets are greater than its external liabilities. That means the nation is well positioned to service its debt obligations.

Do you see value in dollar bonds issued by Asian and EM companies?

Yes. The spreads over US Treasuries and relative to developed market bonds are attractive across the ratings spectrum. Asian credit has underperformed US credit over the last few years, especially among lower rated BB and B issuers. We see opportunities in Indian and Indonesian high-yield. But above all, we see opportunities in China, where the dollar bond market is very large, very liquid and very inefficient.

Will corporate credit in China’s property sector continue to outperform?

Potentially, yes. Even after such a strong run, valuations remain pretty good. Lending money on a selective basis to companies in China is probably the biggest opportunity in global credit markets. We see significant scope for spread compression among Chinese property names. Policymakers want stability, not strong growth in property sales or prices. If spreads don’t rally and Treasury yields remain flat, investors can capitalise on carry return. We believe the winners will be larger, better rated firms with the most diversified portfolios.

India. Although the market is pricing in rate cuts by the Reserve Bank of India, we think the central bank can move further than the market is expecting. Headline inflation has been trading around the Reserve Bank of India’s 4 per cent target and we expect it to fall again in the next few months. We think inflation is on a structural decline in India. That suggests the term structure of interest rates will continue to come down. Falling government and corporate bond yields would reduce the cost of capital for companies. That creates a tremendous backdrop for India’s capital markets.

What links the opportunities in China and India?

Change. The big change in India came a few years ago when the RBI adopted inflation targeting for the first time. In China it is demographic change. The population is ageing and its labour force shrinking. That has driven a shift from quantity of growth to quality of growth. Policymakers now need China’s financial system to provide stable cash flows to a rapidly ageing population. It means they care more than ever about the quality of financial assets. That’s why they are opening up their capital markets to the world, to institutionalise them. There remains a tremendous mismatch between economic and financial reality as represented by global indices. Emerging markets, and China and India in particular, are very poorly represented in global indices and very much under-owned by mainstream investors. That is changing as Chinese bonds begin to move into global indices. Investors will need to go beyond the mainstream in search of returns, and 10-year Chinese government bonds offering 3.25 per cent – for what is in many ways a developed economy – is attractive.

What are the main risks to your outlook?

Fiscal slippage is the chief risk in India. The government has been running quite loose fiscal policy and has typically overshot its deficit target. It means there could be more issuance to come. India is also exposed to external risks such as the oil price, which needs monitoring. More generally, the trade war presents the biggest risk to fixed income investors. Really this is a geopolitical confrontation about controlling future technology ecosystems. A narrow trade deal is not going to solve these deeper underlying issues. Investors should be aware it will induce volatility from time to time and need to be both selective about entry points and disciplined about valuation targets.

Should investors be positive about emerging market debt in 2020?