What Australian investors can learn from the Japanese economy

With interest rates falling to record lows here in Australia and across the world, it’s no surprise many investors are beginning to ask, is the world becoming Japan? If it is what would this really mean? 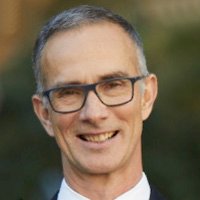 1) As rates fell in Japan, price-to-earnings multiples did not continue to expand

Even though the discount rate fell to a very low level, after the initial euphoric bubble, contrary to theoretical expectations, PE multiples did not continue to expand, that is the equity risk premium remained high even as rates continued to fall. That is, investors demanded a higher earnings yield as compensation for owning equities.

The lower cost of capital arguably encouraged investment/competition and allowed zombie companies to survive. Simply speaking, lower rates led to an increase in competition and as a result returns on capital fell. In this sense a higher equity risk premium made sense.

2) The Japanese economy has actually grown

Consensus would have us believe that low – and in the extreme, negative – interest rates for protracted periods is a sign of economic stagnation. But in truth the Japanese economy has grown at a relatively comparable rate to the US and Europe for the last 35 years. Expressed in a common currency sense, the comparison is even more flattering to Japan as the yen has strengthened against both the US dollar and euro (and its predecessor the EMU) over this time.

An absence of inflation and low rates have not held the Japanese economy back. In fact, if we adjust for Japan’s ageing demographic and consider real GDP per working age population, Japan has outgrown every major economy in Europe and North America over the last 20 years. The Japanese economy has kept pace with the rest of the world thanks to productivity growth.

3) In Japan, the cycle did not die

Whilst Japan continued to grow through this low interest rate environment, the economy followed the ups and downs of the broader global cycle (as measured by industrial production). The cycle didn’t die, driving predictable rotations between cyclicals (shorter duration equities that did better in the up cycle) and defensives/secular growth (long duration equities that became hiding places during the downturn). That is, style preference oscillated around the economic cycle.

If investors preferred to buy and hold rather than move around the cycle, the style that consistently outperformed until 2012 was value; buying low multiple stocks. Since 2012 there’s been little difference between the performance of growth and value. This analysis is likely surprising to many.

So, to answer the big question, I believe history is rhyming rather than repeating. I don’t believe it would be such a bad outcome if the world did become Japan, but I don’t think we’re in the same climate.

The biggest change to the environment today is a rise in populism, not lower interest rates.

What Australian investors can learn from the Japanese economy 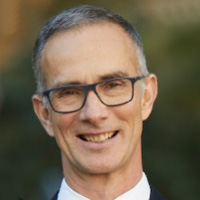