Aaron Grehan, portfolio manager and deputy head of emerging market debt at Aviva Investors outlines what to expect for the asset class over the next 12 months. 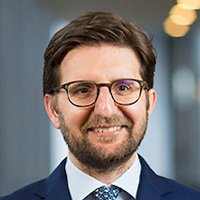 The Federal Reserve’s interest rate cuts, and the trend for lower interest rates globally, have provided tailwinds for emerging markets in 2019. But while overall returns in emerging market debt have been strong, the rise of political risk in Argentina and Lebanon illustrates the need for investors to be discerning. Here, we set out some of the key themes to look out for in 2020.

The ongoing trade negotiations between the US and China will have a significant impact on economic growth and market performance in 2020. As it is difficult to predict the outcome at this stage, investors should undertake scenario analysis to model how the trade dispute will affect their portfolios.

If movement is made towards a phase-one trade deal between Washington and Beijing, growth-sensitive assets should perform well, with emerging market currencies likely to prove particularly strong and therefore favouring local currency over hard currency debt. We would also expect investors to allocate more capital to high-yield and commodity exporting issuers in this scenario.

On the other hand, if the trade war escalates we would expect hard currency debt to outperform local currency debt on a risk-adjusted basis. In a more difficult macro-economic environment, investors would gravitate towards economies with solid fundamentals, particularly those whose central banks have the scope to cut interest rates and where external vulnerabilities are limited.

China’s inclusion in JPMorgan’s GBI-EM index, under a phased introduction commencing in February, will be another key development to watch in 2020. China’s weighting in the index could reach the upper limit of 10 per cent after the implementation period of at least 10 months.

The implications could be negative for the existing index constituents, as China’s entry will reduce the weighting available for smaller economies. Morgan Stanley estimates Colombia’s share of the index could drop by 1.5 per cent, for example, potentially resulting in US$2 billion of outflows from Colombian bonds. Yet the lower yields on Chinese bonds could mitigate the knock-on effects, as some investors are likely to underweight China to maintain a higher allocation to the other markets in the index.

With yields on emerging market investment grade bonds falling, high-yield debt denominated in hard currencies is likely to become the chief driver of returns in the asset class next year, providing macro-economic conditions do not deteriorate.

In their hunt for yield, many investors have also begun to consider opportunities in local currency debt issued by frontier market governments such as Egypt and Ukraine, and this is a trend that may gather pace next year.

Investors need be particularly selective when choosing sub-investment grade credits in frontier and emerging markets. Take Sub-Saharan Africa. Political conditions have improved across the region in recent years as many governments enact positive reforms. Angola, for example, appears to be progressing well under President João Lourenço, who is implementing structural reforms and tackling corruption, supported by a technocratic administration.

But with a series of elections in the region in 2020, investors should monitor the situation in each country as the political weather can change quickly. We are keeping an eye on key votes in Ivory Coast and Ghana, two countries where economic policy has been reasonably supportive in recent years.

Debt restructuring in Argentina and Lebanon set to weigh on sentiment

Investors in Argentina are facing what could be a lengthy debt restructuring process following the election of Alberto Fernández in October. Investors are awaiting clarity on Fernández’s objectives for the restructuring, as well as the details of his wider economic program and its implications for debt sustainability.

A debt restructuring is also likely in Lebanon. The Lebanese government is highly indebted and is facing escalating protests against its management of the economy. The unrest led to the resignation of Prime Minister Saad Hariri in October.

The last time emerging market debt investors faced a major restructuring was in Ukraine in 2014-15; now they face two such events in the space of 12 months. This should focus minds on idiosyncratic political risk despite a supportive environment for the asset class overall.

Relatively low default rates and strong underlying fundamentals in the emerging market corporate debt universe through the course of 2019 highlight the resilience of the asset class. That is unlikely to change over the next year.

There has been a focus on deleveraging and generally more conservative behaviour from emerging market corporate issuers in recent years, which puts them in a better position than many developed market peers and provides a buffer against macro-economic risks.

Continued growth of the investment universe is creating a wider range of opportunities for investors, giving them greater ability to adjust portfolio exposures to changing macro conditions. 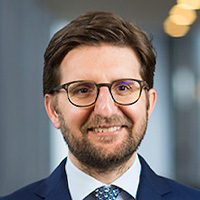