Financial industries across the world thrive on an incentives-driven model, sometimes to the detriment of investors.  What are other countries doing to raise the level of investor protection, and are there any applicable lessons for Australia? 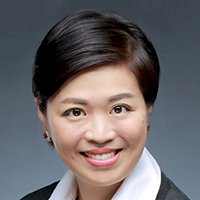 A commission model may be the best way to incentivise a sales force and drive profitability, but it can also encourage the recommendation of products that pay higher commissions rather than what’s best for the client. Full disclosure helps investors understand potential conflicts of interest, but how do you disclose in a meaningful way? Here Mary Leung, head, advocacy, Asia Pacific at CFA Institute looks at the challenges that face regulators when it comes to sales inducements, compares Australia with other markets, and proposes what more can be done.

Seventy public enquiries and the Hayne royal commission down, and still it seems the sales- and commission-driven culture, which has proven to be so frequently inconsistent with good investor outcomes, persists. The financial industry in Australia is highly developed and heavily regulated, and there are significant expectations on it to deliver real, tangible value to its customers.

The Future of Financial Advice (FOFA) reforms of 2012 went some way towards promoting outcomes-oriented models, by banning conflicted remuneration structures and imposing a best interest duty, but grandfathering arrangements and weak enforcement undermined many of the potential benefits. The “widespread sense of complacency and overly collegial culture”, which APRA found characterised the Commonwealth Bank in 2018, appears to have changed very little. During the royal commission investigation, unsurprisingly, banks were once again in the spotlight, along with AMP. Together they dominate financial services in a highly concentrated and vertically integrated market. Nevertheless, there is some optimism that the 76 recommendations made by commissioner Hayne, combined with new powers given to ASIC, may go some way in addressing some of the problems.

In CFA Societies Australia and CFA Institute’s response to the Hayne royal commission, “Professionalising Financial Advice”, we made a number of policy recommendations, acknowledging that genuine, long-lasting impact cannot be achieved with a single solution. In our view, grandfathering of commissions, which so undermined attempts at meaningful change post-FOFA, should be outlawed within 12 months. In addition, we recommend changes aimed at better aligning the interests of customers with those of investment managers, better disclosure of fees and charges as well as ownership structures, and last but not least, strong deterrents in the form of serious consequences for breaches.

Australia clearly has some way to go, but how do we compare with other markets?

In Canada and the US, both fees and commissions are allowed. In the US, mutual funds are sold through brokers, dealers and registered investment advisers (RIAs). They have different standards of care for clients and are regulated separately. RIAs work towards a fiduciary standard, whereas broker dealers only have to observe a suitability standard. However, both broker dealers and RIAs interact with the same clients and can call themselves advisers, creating huge confusion in investors’ minds. Earlier this year, the Securities and Exchange Commission in the US approved a package of reform called Regulation Best Interest. There were huge hopes that it would improve investor protection. Unfortunately, much remains the same – brokers and RIAs continue to be regulated separately, and although labelled “best interest”, this rule does not define what best interest is and requires only that broker dealers not put their interests ahead of their clients.

The misselling scandals before the global financial crisis led to a Retail Distribution Review (RDR) which recommended structural changes to the financial advisory market. Implementation of the RDR rules fundamentally changed the financial advisory industry in the UK and it became the first jurisdiction to ban commissions.  Advisers were no longer able to receive commissions from product providers for selling or recommending their products and could only be paid by their clients.  Minimum qualifications for advisers were also raised. There were concerns that the reforms would create an “advice gap” as the barriers to entry were raised.  During initial post-implementation reviews, there was some evidence that investors’ portfolios have shifted toward lower cost products, and that there was no conclusive evidence of an advice gap. Both were positive outcomes, but it was also acknowledged that it was still too early to understand the full effects of the new regime. Further review is expected in 2020.

In Hong Kong, it was the fallout from the GFC which first prompted real change. Regulators tightened standards and introduced new regulation and guidelines covering product suitability, fee disclosure, as well as the selling process. A commissions ban was considered, but rejected, as a consensus developed that the market was not ready for a fee-for-service model. Hence a regulatory focus has been placed on reducing and managing conflicts of interest by enhancing transparency, driving down investor costs and promoting competition.

Another focus has been on customer protection through policies that support a client’s understanding of what he/she is buying and impose on licensed intermediaries a duty to adhere to a suitability standard – they can only recommend a product whose risk and return profile is commensurate with that of the client.

The focus on minimising conflicts of interest has prompted regulators to emphasise disclosure – intermediaries must disclose the fees they stand to receive, how these will be paid and whether they will receive any benefit from product issuers. This is a welcome change on its face, but there is an ongoing debate as to how much attention investors pay to such disclosures and how effective they are in enabling investors to make informed choices.

Like in Hong Kong SAR, the GFC had a significant impact on the market in Singapore, due to the wide selling of Lehman mini-bonds and other structured products.

Following that, in 2009 Singapore introduced the “Fair Dealing Guidelines” for board and senior management of financial institutions, emphasising their responsibility to deal fairly, offer suitable products, ensure competency of representatives, offer clear, relevant and timely information, and handle complaints in an independent manner.

Despite some improvement, a mystery shopper exercise in 2011 found that 30 per cent of products recommended were “clearly unsuitable” and that representatives were not upfront about fees and charges. As a result, a panel was created to recommend changes aimed at raising the standard of financial advisers and financial advice through education and ongoing professional development.

Serious challenges remain for governments and regulators, but the good news is that post-GFC most markets have made material improvements in their regulatory frameworks. Most have tried, where possible, to ask industry to include other non-financial criteria when determining remuneration, to increase disclosure and transparency, particularly with respect to costs and conflicts of interest, and to increase the levels professionalism. All represent positive improvements.

It is our strong view that a healthy, well-functioning market should be able to support a range of different business models, while at the same time protecting investors and managing conflicts of interest. A balance of new regulations, more rigorous enforcement, and heightened attention on culture has the best chances in creating the best investor outcomes over the long term. 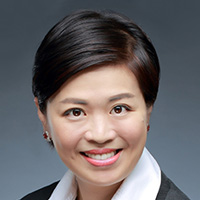