The tech rally destined to unfold

On 30 September, six stocks, what we call the FANMAGs – the FANG stocks plus Apple and Microsoft – had a market capitalisation of approximately US$4.4 trillion ($6.5 trillion). If these six stocks were viewed as a single nation, the country of FANMAG would be larger than the stock market capitalisation of the UK, China, or France and three times the size of the Australian Securities Exchange (ASX). 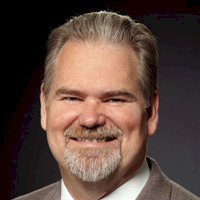 Over the past decade, the FANMAG stocks’ aggregate market cap has grown tenfold, delivering a 10-year return averaging a cumulative 836 per cent! All of these stocks, except Apple, currently trade at higher price-to-earnings (P/E) multiples than the overall share market, and two are in excess of 50 times earnings. Contrast this to the US stock market’s performance of a cumulative 296 per cent over the last decade and current P/E level of 20 times.

Similarly, for the largest IT sector company on the ASX, Xero’s price is up over 14 times since listing in 2012 with a P/E level of over 5,000 times. WiseTech Global and Appen, despite recent pullbacks in their share prices, are up about 7 and 41 times over shorter periods of time.

Can these trending tech-flying market leaders collectively outperform on a long-term basis without some of them devouring the others’ market share? Unlikely. More likely, we are seeing a new tech bubble, if not in all tech stocks, then in some.

A bubble is a market or an asset, an individual company or a sector, in which an investor has to use implausibly aggressive assumptions to justify current valuations. While this isn’t true of Apple or Microsoft, in our view it is absolutely true of Tesla and Twitter.

And there’s a second part to the bubble definition – the average buyer doesn’t care about valuation models. Netflix, Twitter, Tesla, are all companies that people are buying without using a valuation framework and without having a valuation basis for the investment.

Maybe things are different this time and these companies have staying power. After all, they are disruptors, so perhaps they’re going to continue rocking the marketplace, rocking their industries.

We say, not so fast. If history is a guide, the continued outperformance of today’s most dominant technology companies is unlikely to be sustainable in the long run. Our research shows that of the largest companies by market capitalisation (we call these the “top dogs”) over the last 40 years in each sector in each of the nine largest stock markets in the world, 80 per cent have underperformed their own sector over the next decade, falling short of the sector average by 9.7 per cent a year. Since 1980, eight of the 10 biggest companies in the world by market capitalisation were no longer in the top 10 list 10 years later.

Most disruptors also tend to be priced at lofty valuations unjustified by the underlying business fundamentals. That is what we’re seeing today in certain tech stocks and in cap-weighted indices. It is very much a case of buyer beware!

The tech rally destined to unfold 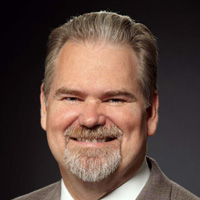